The dreaded dengue on the rise

The number of reported cases is rising and more countries are being affected, but dengue fever remains one of the most neglected tropical diseases.

FOR KO Yan Naing Soe, 18, it started with a high fever. Thinking it was nothing serious, he didn’t seek medical advice.

“But after four days of a constant high fever, my family took me to the township hospital where I was diagnosed with dengue fever,” Yan Naing Soe, who was 13 at the time, told Frontier.

The township hospital did not have the facilities to perform the necessary blood transfusions, so he was transferred to a children’s hospital in Dagon Township.

“It was quite serious for a while, but after about a week I returned to normal and was released after 10 days. It was lucky they diagnosed it early,” he said.

Although rare, in extreme cases dengue can lead to death.

Last year saw a surge in dengue fever cases worldwide. In Myanmar, 43,845 cases and 140 deaths were reported,  of which 135 were children under 14, World Health Organization figures show. 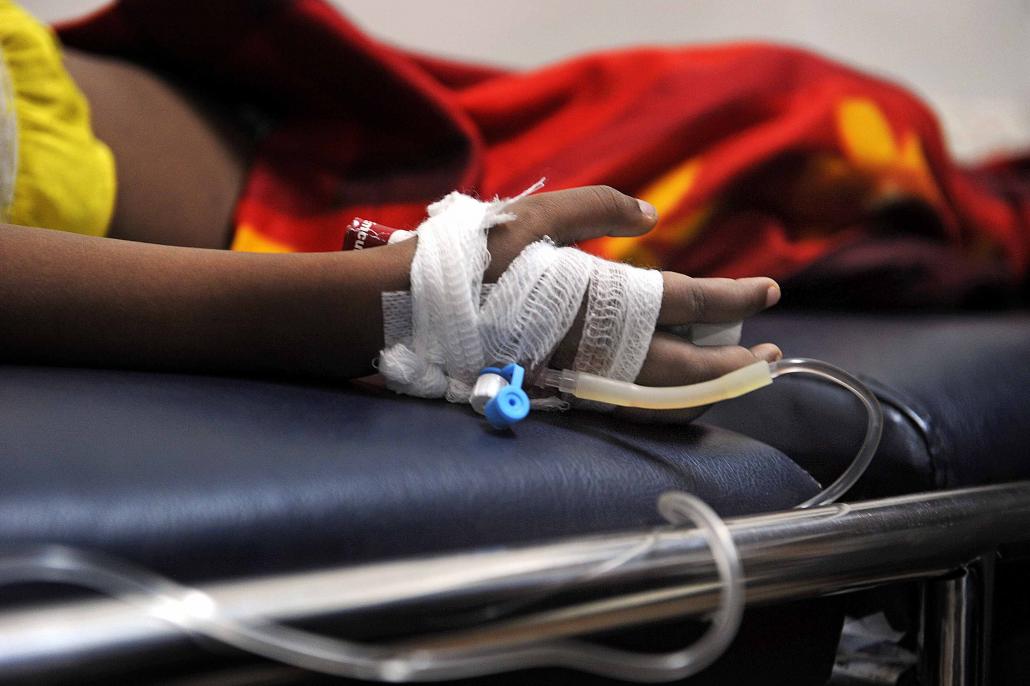 “Dengue cases were reported from all States and Regions, among which Sagaing, Ayeyarwaddy and Mandalay had the highest cases reported,” a WHO spokesperson told Frontier.

In 2016, there has been no reported dengue outbreak. To the end of August 1,505 cases had been reported, including 30 deaths, the spokesperson said.

Dengue is transmitted by female Aedes aegypti mosquitoes (the same species that transmits Zika, yellow fever and chikungunya). Female mosquitoes do not actually feed on human blood for their own nutritional purposes; the protein is needed to produce eggs. So really they’re just being good mothers – something to think about the next time you swat at a mosquito buzzing around your ear.

One of the first recorded cases of dengue was noted by a founding father of the United States, Benjamin Rush, who wrote of “bone-break fever” in As It Appeared in Philadelphia, in the Summer and Autumn of the Year 1780 – a book title that doesn’t exactly roll off the tongue. 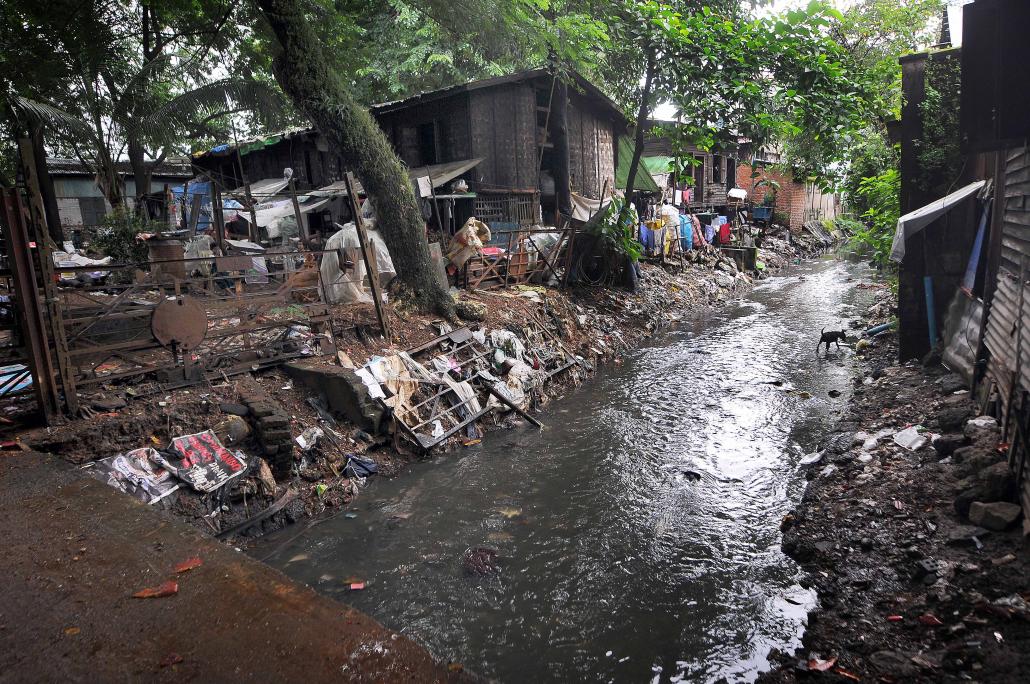 Poor living conditions, including a lack of sanitation and clean water, are a factor in the spread of dengue. (Steve Tickner / Frontier)

The Aedes mosquito was wiped out in Central and South America in the 1950s and 1960s, but it would later return. No such eradication was ever achieved in Asia.

Before 1970, only nine countries had experienced severe dengue epidemics, but that has since grown to more than 100 nations worldwide. Southeast Asia is one of the most severely affected regions, together with the Americas and Western Pacific, according to the WHO.

The UN agency’s figures show that cases in the three regions exceeded 1.2 million in 2008 and over 3.2 million in 2015. “Recently the number of reported cases has continued to increase,” WHO said. 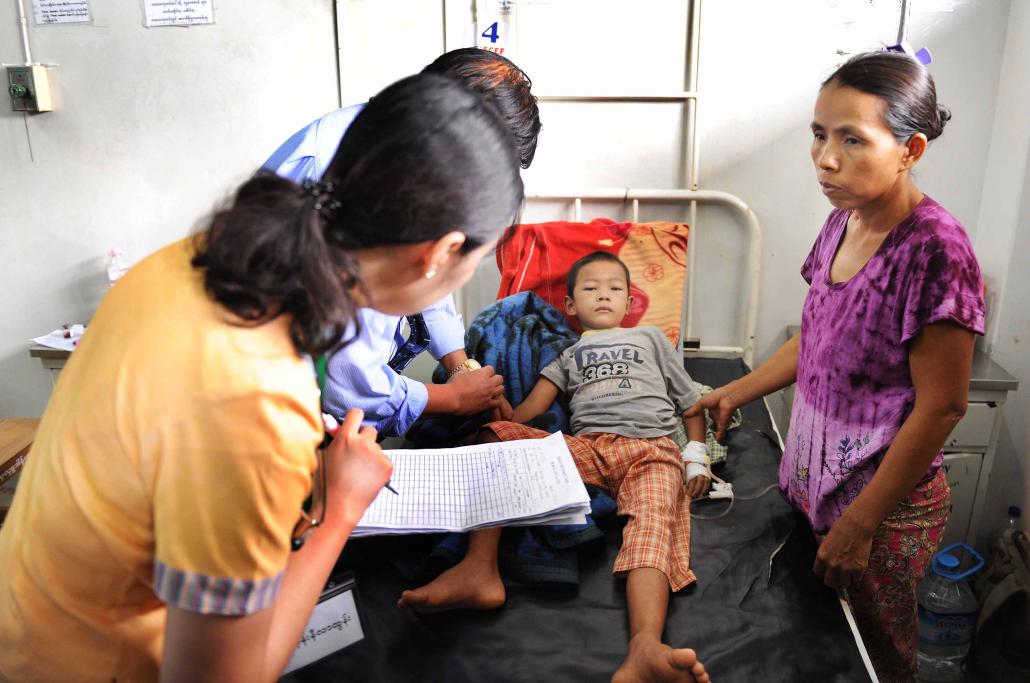 She told Frontier that poor living conditions, including a lack of access to clean water and poor sewage disposal, were fertile feeding grounds for mosquitoes and created “ideal conditions” for the spread of dengue in cities.

A major challenge in diagnosing dengue is the similarity in symptoms with other diseases including malaria and Zika, the latter of which has seen its first cases in Southeast Asia in recent weeks. Symptoms for dengue include high fever, severe headaches, joint and muscle pains, and rashes.

In late 2015 and early this year, the first dengue vaccine, Dengyvaxia, was registered for use in people between nine and 45 years of age in endemic countries.

“Some countries are already deploying it, however it is only partially effective in preventing the disease and only useful in patients nine years and older,” said Hamade. Some of the most vulnerable to death from the disease are young children.

“The most effective way to remove the threat of dengue is to control the mosquitoes that spread the disease. It is therefore important to monitor the presence of these mosquitoes and, if found, to take measures to remove them,” she said. 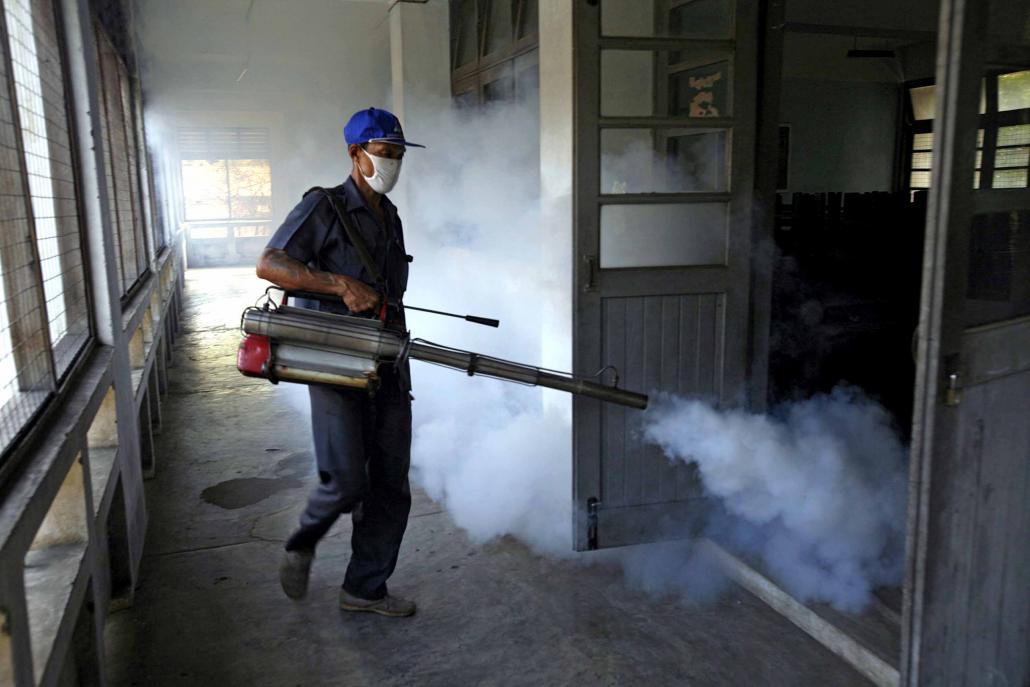 Measures include being active in looking for mosquitoes, removing breeding sites (mosquitoes can breed in a bottle-cap of water) and protecting from mosquito bites during the day.

A major difficulty in combating dengue is that the Aedes mosquito is active during the day, meaning that mosquito nets are not as effective and outdoor workers are more vulnerable, said Mr Jeffrey Hii, senior vector specialist for Malaria Consortium Asia. His organisation is looking into insecticide-treated clothing for people who work outdoors.

Malaria Consortium is also advocating for more funding for dengue programs worldwide. The organisation argues that while malaria programs receive significant attention and funding, those related to the control of dengue are “seriously underfunded”.

Dengue is classified as one of the 17 recognised neglected tropical diseases, which are typically related to poverty, endemic to the tropics and have poor research funding.

“However, even within NTD circles, it has often been further neglected,” said Hii. It was not one of the 10 NTDs selected by the London Declaration in 2012 as a priority disease to be eradicated.

“There has been a major lack of investment in dengue prevention and control, which has also been mirrored by a lack of policy dialogue within the international community and among governments,” said Hii.

“While remarkable progress has been made against the majority of these 10 NTDs … we have not seen the same high-profile announcements or a commitment to tracking data and progress for dengue. Simply put, it is neglected.”