YANGON — Nationalist activists have announced they will stage another protest outside the Royal Thai Embassy in Yangon, after an appeals court upheld the death sentences of two Myanmar migrant workers convicted for the 2014 murder of two British backpackers in Thailand.

Ko Zaw Lin and Ko Wai Phyo, also known as Win Zaw Tun, who worked on the southern resort island of Koh Tao, were convicted of the murders of David Miller and Hannah Witheridge in 2015, following a controversial trial marred by accusations of improper forensic techniques.

Their sentences were upheld by the Court of Appeal on March 1. The pair’s defence team are planning a final appeal to Thailand’s Supreme Court.

As the protest against the recent decision by a Thai court that upheld death sentences for Myanmar migrant workers convicted of the murder of two British backpackers on Koh Tao, a vacation island in Thailand in 2014, Myanmar-based organizations are trying to speed up their demand at the Thai embassy in Yangon.

Some monks in Myanmar have declared that they would pray in accord with Buddhism tradition in front of Thai embassy in Yangon in the afternoon on March 13.

It would be the second protest outside the embassy in less than a month, following a February demonstration against the ongoing Thai police siege of Wat Dhammakaya on the outskirts of Bangkok.

U Parmaukha, until recently a prominent member of Ma Ba Tha and a frequent fixture in nationalist protests, this week sent a letter to the embassy requesting a “just and fair decision” for the Koh Tao duo, addressed to King Maha Vajiralongkorn and top government official.

“If Win Zaw Tun and Zaw Lin were American or Britain or Russian citizens, Thai authorities would not dare to have convicted them,” he wrote in the letter, adding that the prosecution had not sufficiently proven the pair’s guilt.

A large protest spanning several days was held outside the embassy following the duo’s original conviction in December 2015. 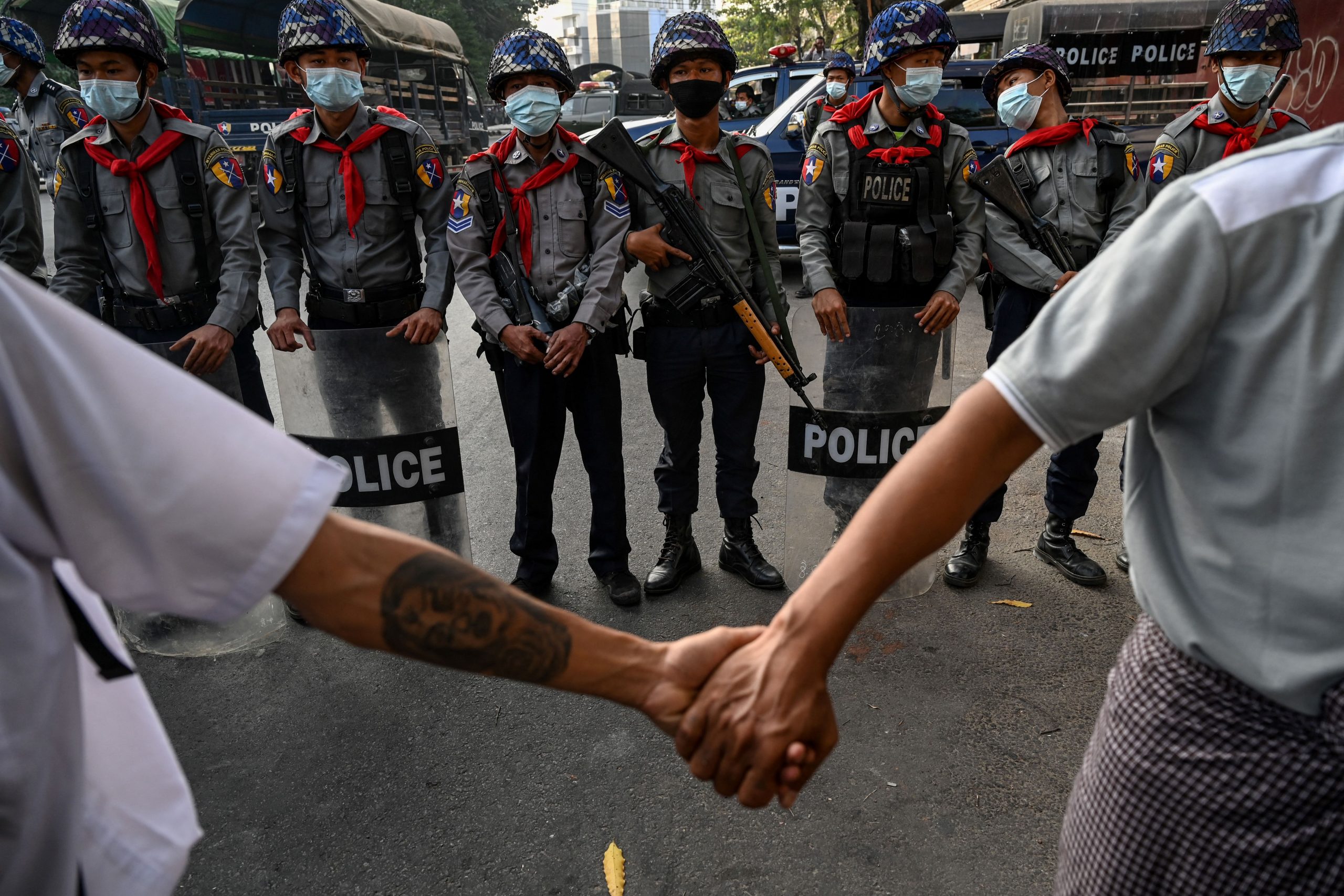