News organisations in Myanmar continue to ignore women’s voices in their reporting – something that only perpetuates exclusion from the public sphere.

THERE HAS been a fair bit of discussion recently about media freedom in Myanmar following the surprising news that Myanmar had moved up 12 places on the Reporters Without Borders World Press Freedom Index, to 131st out of 180 countries surveyed.

In light of extremely worrying examples of media oppression – unsolved journalist killings; intimidation, both direct and implied; and imprisonment for defamation under section 66(d) of the Telecommunications Law – considerable concern has been raised, and rightly so, over the prevalence of self-censorship.

But in discussing self-censorship, those working in the media in Myanmar, as elsewhere, would do well to consider whether they are guilty of suppressing voices through their own prejudices and value systems – even if they do so inadvertently.

It is no secret that mainstream media regularly ignore or marginalise the voices of minority groups. This is something that must be addressed if a just and equitable society is to flourish.

As I have written so many times before, women are not a minority group in Myanmar. Yet reading through the country’s newspapers and seeing very few direct quotes from women, you would be forgiven for thinking they are.

This is unfortunately not a phenomenon unique to Myanmar, but it is disappointing in a country that has a rare opportunity to establish new approaches to reporting as it emerges from decades of direct censorship.

A random selection of five articles from the front pages of key English-language news organisations in this country – Irrawaddy, Myanmar Times, Mizzima, this publication and the Global New Light of Myanmar found that in each set of articles there were in total no more than one or two direct quotes from women.

Of those women quoted, two appeared in different publications: one was the victim of a raid by the authorities and nationalists on her property, and the other a government official speaking at a press conference. In other words, the journalists had little alternative but to quote them. (Though one paper did indeed quote a male relative of the woman whose house was raided, rather than the woman herself.)

The number of women quoted as people worth seeking out for opinions or as representatives of their communities was tiny.

The topics covered included conflict, environmental issues, allegations of political corruption, religious extremism and new legislation. None of these issues is more relevant to men than women or affects one sex more than the other.

While my selection was not in any way scientific, it was reasonably representative of anyone going onto a news website and picking a few articles to read from those immediately presented.

I am not suggesting that news editors and journalists are deliberately sitting down in news conferences each day and saying, “Make sure you don’t ask women for their views.” But the underlying message – that women’s opinions are less important than men’s – is inescapable. 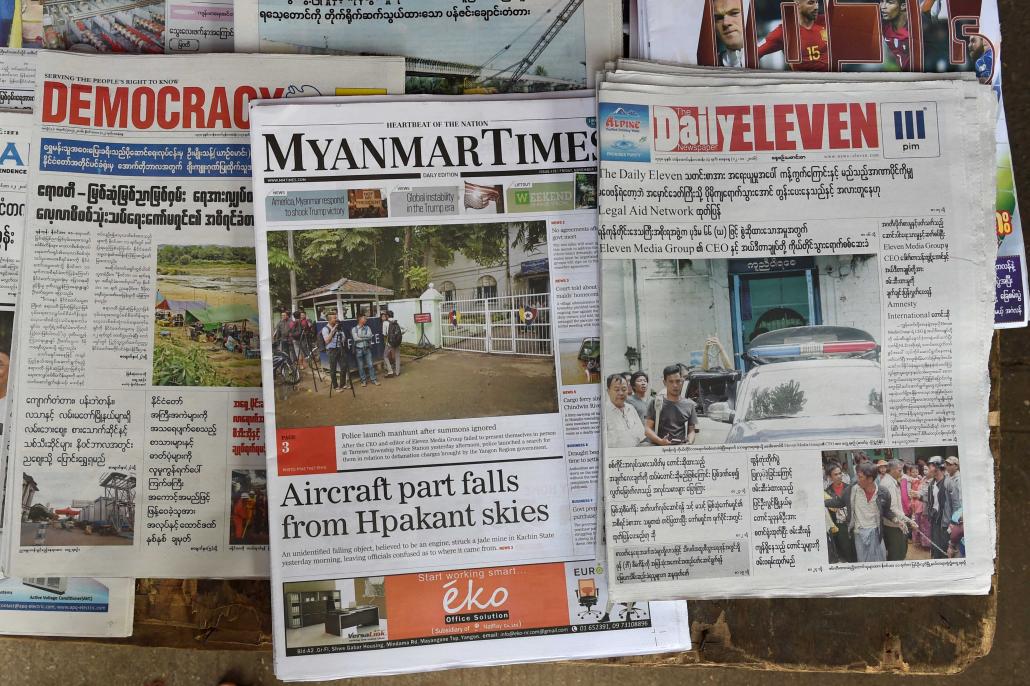 A sample of the websites of Myanmar news media organisations found they quoted women sources in very few articles. (AFP)

This has to change. It is of limited use for well-meaning publications to run articles on gender equality or highlighting “women’s issues” if they continue to exclude women’s voices from general news coverage.

If journalists are expected to strive for political and other forms of impartiality in their reporting they should certainly be expected to avoid sexism. And excluding women’s voices – even if by neglect rather than design – is unquestionably sexist.

It is not just national media that are guilty of suppressing women’s voices in this way. In March a friend sent me a link to an article by a major news agency on a protest by Myanmar garment workers over labour conditions in a factory producing clothes for well-known brand H&M. She pointed out that the story garnered international attention, but despite the fact that the majority of those working in Myanmar’s garment factories are women the article did not include a single woman’s voice.

Those who suggest that the lack of women’s voices in the media simply reflects the lack of women in public positions are ignoring the important role that media play in shaping perceptions of who are most suitable to be awarded public positions in the first place. If an organisation purports to be impartial, it is not acceptable to say “inequality exists and we are simply reflecting that – even if that means reinforcing it in the process”.

Change has to begin somewhere. While a situation where women are fairly represented in public life is, realistically, still some way off, ensuring journalists make the effort to include women’s voices is something than can begin right now.

Since the mid-1980s, critics have applied what is known as the “Bechdel Test” to movies (and latterly to other works of fiction). In order to pass the test there needs to be at least one scene in which two women (who should be named characters according to some versions of the test) have a conversation about something other than a man.

It is a pretty low bar, yet according to bechdeltest.com more than one third of last year’s major English-language movie releases failed to pass the test.

Discussions have arisen from time to time as to whether something similar could be applied to news media and there is a formula – known as the Finkbeiner Test – aimed at ensuring journalists avoid stereotypes while reporting on women in science.

Such criteria are naturally open to criticism for various reasons, including the fact that a few basic tick boxes cannot adequately address wider issues of sexism.

But for those working in the news industry there is a very simple way to start redressing the gender imbalance in reporting. Reporters and editors need only ask, “Does this article include at least one quote from a woman speaking in her own right?” That means the woman is quoted not simply because she is the wife, mother or daughter of a male subject.

If the answer is no, then, unless there is a very good reason not to, the imbalance should be addressed. If the article relates to a subject that specifically affects women more than men it should not be considered fit to publish unless every effort has been made to include comments from women.

It may not be possible to achieve that goal every single time, but change starts with awareness. There is a great opportunity for the media to support the many benefits greater gender equality can bring to wider society in Myanmar simply by ensuring their own reporting better reflects women’s voices. As a well-known woman in this country is fond of saying (even if she has so far failed to put it into practice when it comes to women’s rights), “It’s time for change!” 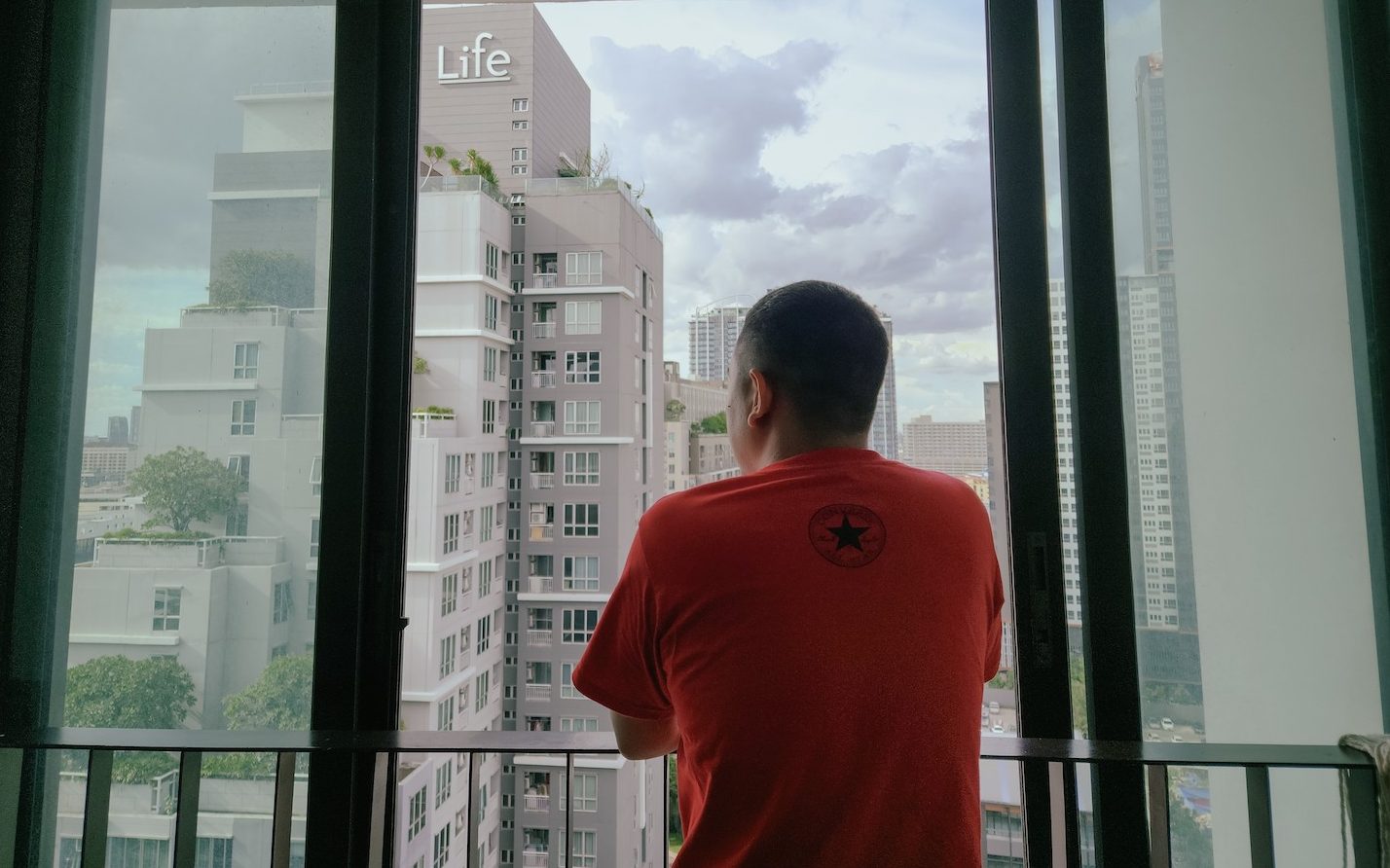