In his new book The Hidden History of Burma, Thant Myint-U empathises with the marginalised, laments the harm done by Western sanctions and says the peace process is delusional.

ONE OF the great strengths of Thant Myint-U’s fourth book, The Hidden History of Burma: Race, Capitalism and the Crisis of Democracy in the 21st Century, is his ability to weave his narrative with threads from all levels of society.

Because the book is written primarily for a Western audience, it would have been easy for him to rely on anecdotes gleaned from the corridors of power to craft this account of modern Myanmar. However, the author’s clear empathy for the marginalised of Myanmar led him to draw on more diverse source material, and this makes his arguments more compelling.

After brief accounts of the colonial era and the decades following independence, we see the late 1990s and the 2000s through the eyes of a young Myanmar woman, who worked at a garment factory that exported to the US before Bush-era sanctions prompted it to shut down in 2003. Unemployed and searching for work in the poorest country in Asia, she is exploited as an indentured waitress in Thailand and then trafficked to China where she is sold, “like morning glory at the market”, as a “wife” to a Chinese man. She manages to escape and return to Myanmar, where she discovers she has contracted HIV-AIDS.

Thant Myint-U reminds us that such stories are not outliers but similar to the experiences of millions of Myanmar people. With the first decade of the 21st century unravelling into poverty and suffering, he points the finger not just at the incompetence of the generals, but also at the sanctions and aid boycotts enacted by the West that helped put more than 200,000 young women out of work and led to the withdrawal of outside financial assistance towards combating HIV-AIDS, tuberculosis and malaria.

Given the clear evidence of this human toll, it is difficult to argue with Thant Myint-U’s assessment that sanctions were not a counterweight to the generals, but merely one more weight pressing down on Myanmar’s precariat.

The author’s criticism of sanctions serves a wider argument in the book that advocates for dialogue and openness, even if it means working with people you don’t like. His pragmatic prescription for addressing Myanmar’s problems becomes clearer in the following chapters about the post-2011 transition from direct military rule to mixed civilian-military governance.

It’s tempting to draw a parallel between Thant Myint-U and Aung San Suu Kyi, both being scions of top Myanmar political families who spent their formative years abroad before returning to Myanmar at a time of upheaval, but there are clear distinctions between them. While Aung San Suu Kyi energised millions of disenfranchised citizens under the banner of her National League for Democracy party, Thant Myint-U cultivated networks among the powerful and advised the post-junta government led by Thein Sein, while also acting as a bridge between the ministers and the visiting dignitaries.

Partly in defence of this role, Thant Myint-U advocates for a more nuanced understanding of the 2011-16 transition period. His account brings lesser-known actors and groups into the story and refutes the simple NLD-Tatmadaw binary that defines more simplistic versions. This period, prior to the NLD’s triumphant ascension to power, may have felt like a stale interregnum to many.

However, in the book’s central chapters, Thant Myint-U is keen to portray some of the military generals turned ministers, specifically Aung Min and Soe Thane, as reformers who were open-minded in their approach to policy. Rather than a rehabilitation of the Tatmadaw, it’s a reminder that those within it are not all two-dimensional caricatures.

Thant Myint-U also lauds the work of certain civil society groups, in particular Myanmar Egress, which had reached out to the former military regime to build capacity and float gradual reforms and were later involved, like the author, in advising the post-2011 government. This strain of civil society, which favoured engagement with the Tatmadaw, was in sharp contrast to the more obstinate NLD.

One of the author’s main theses is that the NLD’s single-minded focus on attaining power rather than building its own capacity for making policy left it under-prepared for government after the 2015 election. The author’s exasperation almost jumps off the page as he recounts that after the Myanmar Peace Centre (where he was an adviser) was disbanded in 2016, the Aung San Suu Kyi-led government opted not to work with any of bright young staffers who had put aside partisanship to work there.

Neither did the NLD want to work with the “hundreds of civil society organisations, activists and exiles who had been waiting for this moment and who wanted nothing more than to lend a hand”. NLD supporters might respond that the party’s members had every right to be partisan. After all, incidents such as the 2003 Depayin massacre, in which at least 70 NLD members and supporters were killed by pro-junta forces, were still fresh in the minds of many.

In a section on ethnicity, Thant Myint-U concludes that post-colonial nation-building never succeeded because it was based on a harmful mix of Bamar chauvinism and the imported race logic of British imperialism. He argues that the current peace process is premised on the delusion that it is repairing a “previously ordered society [that] had fragmented into civil conflict”, when, in reality, “Burma was never whole”.

Amid huge diversity, a Myanmar modernity that privileged the culture and language of one ethnic group, the Bamar, “was and is destined to fail”. Thant Myint-U is certainly not the first to make this argument, but he is among the most lucid in doing so. Yet, here, the book also suffers from limitations. Although space is given to the experience of the Rakhine and Kachin, there is barely a mention of the Mon, Kayah or Shan, let alone the smaller ethnic groups. Perhaps the author wished to avoid the book becoming overly long, but these omissions lead to a somewhat vague and homogeneous account of minority ethnic groups in Myanmar.

Discussing macro-economics, Thant Myint-U notes that the 2010s did not bring capitalism to Myanmar but simply added a strain of neoliberalism to what was already a country beset by the “anarchic capitalism” of cronyism and illicit trade. In one of the most perceptive passages of the book, he questions whether the export-led capitalism adopted by more “successful” Asian countries is the only possible path to development – a path that results in “environmental destruction … congested cities [and] lots of shopping”.

The book is not an anti-capitalist polemic by any means, and Thant Myint-U is careful not to use the S-word except in reference to the failure of former dictator General Ne Win’s “Burmese Way to Socialism”. However, his prescriptions for a strong welfare state and more progressive taxation are sensible and would at least provide a safety net for the most marginalised.

In a powerful epilogue, Thant Myint-U identifies a lack of imagination as the root of the current malaise in Myanmar’s body politic. While the book is a history, its criticisms of the prevailing models and ideas of capitalism, race and democracy offer a starting point for radical and equitable change.

Though overall an outstanding work of scholarship, journalism and personal reminiscence, it’s disappointing that the book is so heavily angled towards a Western readership. Thant Myint-U’s tour guide approach can be charming, as when the author tells us he lived in a Yangon building occupied in the 1920s by the Chilean poet Pablo Neruda while the poet was having a “torrid love affair” with a local woman named Josie Bliss.

Yet at other times the celebrity name-dropping grates. For instance, his account of the 2007 Saffron revolution fails to mention any of the monks that led the protests and instead tells us that Hollywood actor Jim Carrey made a YouTube video about it. Thant Myint-U may be more comfortable speaking in a conference room than at a political rally, but his ideas deserve a wider audience in Myanmar. We can only hope that a translation is forthcoming.

TOP PHOTO: Thant Myint-U seen in December 2015 at the office of the Yangon Heritage Trust, which he founded in 2012 to conserve the historic architecture of the city. (Ann Wang | Frontier) 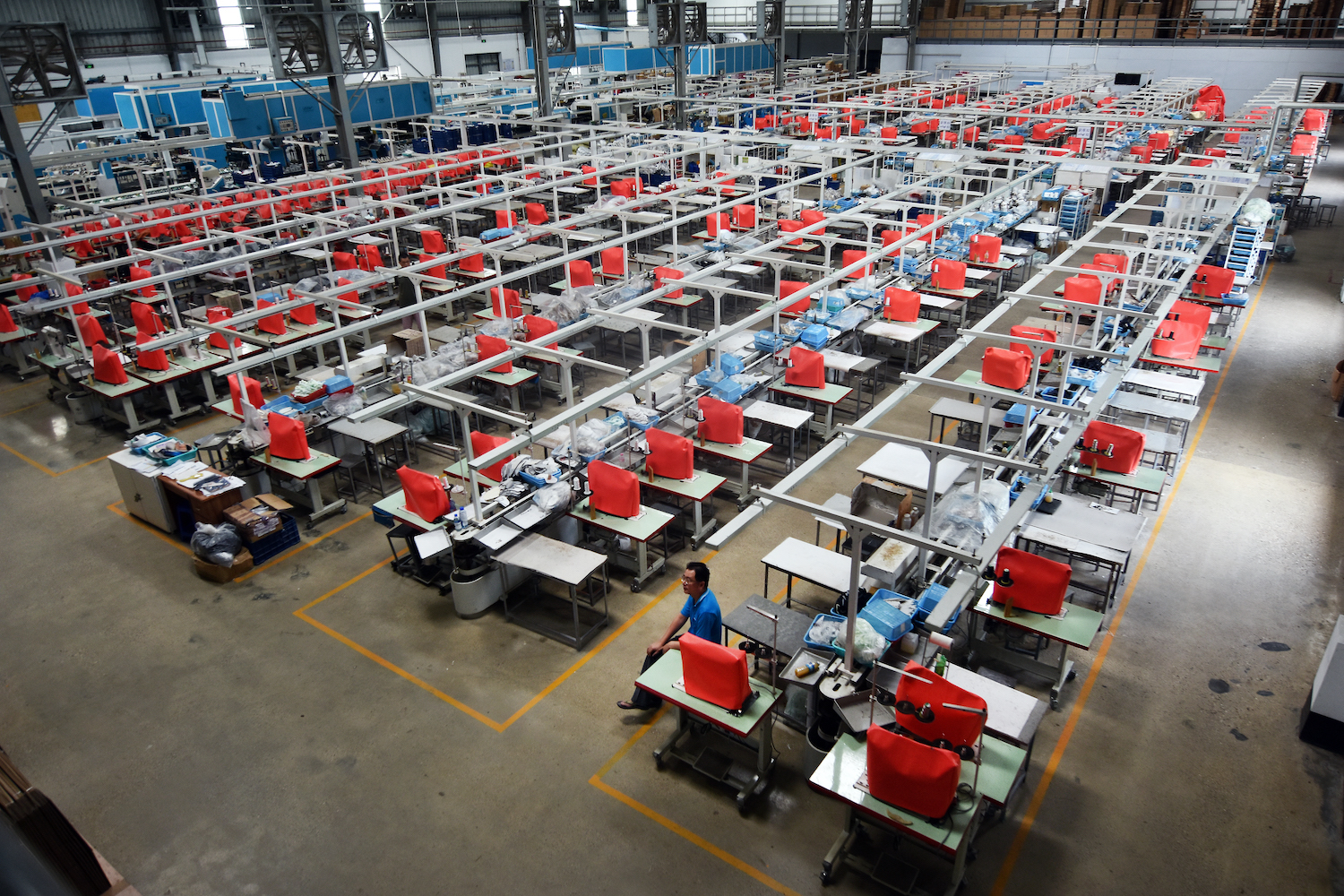