Once celebrated as democracy champions, a tight elite of elderly former political prisoners at the helm of Myanmar’s ruling party now stand accused of oppression, discrimination and censorship.

The National League for Democracy is widely expected to win next week’s election – five years after it swept to power in a landslide victory.

Throngs of young people signed up to the party when the Southeast Asian nation emerged from outright military rule, eager to play their role in cementing democracy.

But critics now say the top echelons of the NLD remain closed to anyone who did not serve time behind bars in the fight against the former junta – effectively sidelining the youth.

“But, unfortunately, it went the wrong way.”

The average age for the 12 members of the NLD’s top decision-making body, including party boss and civilian leader Aung San Suu Kyi, is more than 70.

All of them were jailed or placed under house arrest for opposing the military regime.

Younger members of the party were largely reduced to supporting acts for their seniors, required to ask permission to speak to anyone outside the party and submit speeches for “censorship”, said Aung Hlaing Win.

“It turned out to be an oppressive system – no different from the system of military rule,” he added.

“Just because they’d been political prisoners didn’t mean they knew how to run a country.”

The hopes for change were dashed for many young democracy activists, who accuse the NLD of operating no better than other parties.

Political parties still ask new members about the role they played in the 1988 protests, complained 28-year-old activist Thinzar Shunlei Yi, even though a majority of people in Myanmar were born in or after the 1980s.

“This is not the right way to judge a person,” she said. “Our issues, concerns and struggles are different.”

The NLD emerged from Myanmar’s 1988 pro-democracy movement as it fought against the junta.

This was when Daw Aung San Suu Kyi — now 75 — was propelled to fame. She became a national hero, serving 15 years under house arrest, one of around 10,000 people imprisoned by the regime for their political beliefs.

But critics say incarceration has become an unwritten requirement for rising up in her party.

The 53-year-old was kicked out last year for not toeing the NLD line, and now heads a rival party.

More than 120 current NLD ministers or MPs have served time in prison — from State Counsellor Aung San Suu Kyi and the president down.

A similar number of the party’s 2020 election candidates have also been jailed at some point.

“Doing time is a badge of honour,” explained Yangon-based analyst Richard Horsey, describing it as an “entry ticket to the upper echelons of the NLD”.

It is a policy the party makes no attempt to hide.

“When we consider giving responsibilities to someone, we favour our old comrades,” NLD spokesman and former ’88 Generation activist Myo Nyunt told AFP.

“Older people have thicker skin, while newer members can be susceptible to criticism.”

Critics have also pointed to the NLD’s flipped role – a party led by victims of political repression that is cracking down on dissenters now that it is in power.

The number of activists incarcerated under Aung San Suu Kyi’s government has soared.

In recent weeks, 15 protesters have been arrested and two sentenced to six years behind bars for condemning alleged abuses by Myanmar’s military in Rakhine state.

There are currently 537 political prisoners either already sentenced or awaiting trial, said Bo Kyi, co-founder of the Assistance Association for Political Prisoners.

He also served time under the junta, and said he felt marginalised after his release because of the climate of fear.

“Most people don’t want anyone to do anything against her.” 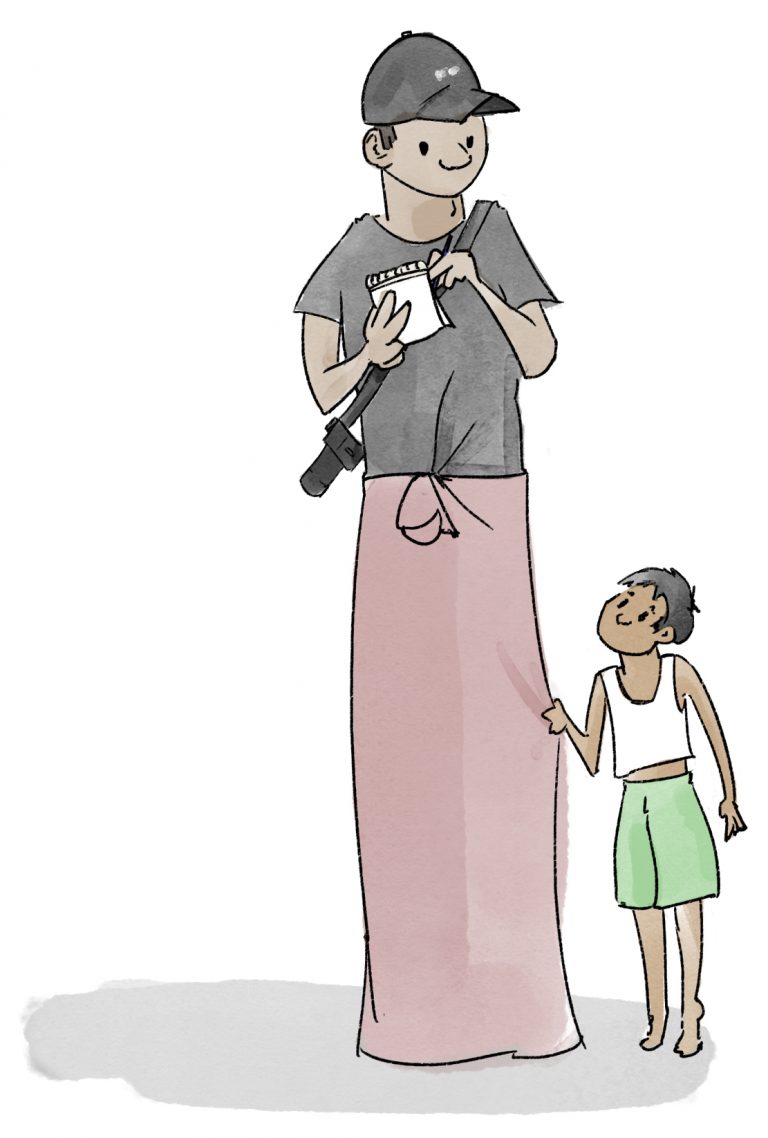