After a scandal over a planned night market at the Secretariat complex, fears are growing that Yangon’s premier heritage site will be lost to commercialisation.

A PUBLIC UPROAR that scuttled plans for a night market at the Secretariat in Yangon brought renewed attention to plans to renovate the colossal heritage building where independence hero Bogyoke Aung San and eight others were assassinated in 1947.

Many citizens took deep offence at the plan by the Signature Night Market Event Planning Co Ltd to hold a “NightFest” at the Secretariat on February 11 and 12 to promote ties with the United States, partly because it was to involve sales of alcohol on what they regard as hallowed ground.

As criticism escalated, chiefly on social media, the organisers announced on February 8 that the night market had been postponed indefinitely.

Critics of the planned event included U Tin Maung Htut who asked in a Facebook post quoted by the New York Times on February 5 if the event’s organisers “want to see businessmen washing the blood of our hero”. He added: “Such a shame that this historic place is turning into a bar.”

The controversy re-focused attention on the Anawmar Art Group, which was awarded a 50-year lease of the Secretariat site by the Union Solidarity and Development Party government in 2012, and convened the Secretariat Conservation Group with other organisations to restore the redbrick building, which was erected in 1892 and served as the seat of British colonial government in Burma. The Secretariat continued to host government departments after Independence in 1948 until the capital was moved to Nay Pyi Taw in 2005, though it fell gradually into ruin.

Though little is publicly known about these companies, the names of several of Anawmar Art Group’s directors match the directors listed for Zazzle and Myanmar Cultural Heritage on the website of the Directorate of Investment and Company Administration.

The recent controversy over the night market has prompted prominent architects, conservationists and politicians to call for a comprehensive review of plans to refurbish the Secretariat that addresses cultural sensitivities as well as the integrity of conservation work.

“The government should review the whole process, starting from the time that tenders were called by the previous government,” said U San Oo, chairman of the Association of Myanmar Architects.

“I’m not talking about getting rid of them [Anawmar Art Group] and taking the project back,” he said, though he condemned the lack of transparency over the tender decision made in 2012.

“We don’t know what the criteria for submitting tenders were and what contractual agreements were made,” he said, adding that there was also “no monitoring system” for the project.

He said it was also important to know how the public would benefit from the contract between the government and Anawmar Art Group.

“If the National League for Democracy government cannot order a review of this project it will risk sharing the blame should this historic site be spoiled in any way,” San Oo said. 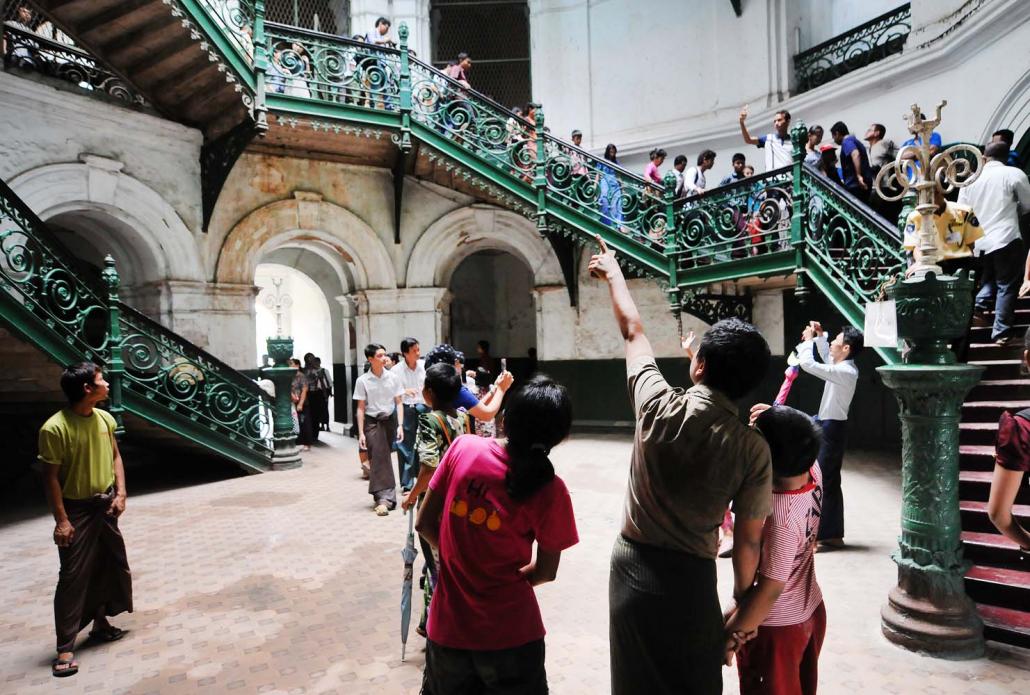 Though work on the site is not complete, members of the public are allowed in for occasional cultural events. (Steve Tickner | Frontier)

Anawmar Art Group has so far described plans for a mixed development that would include two museums and commercial units. The work began after the lease took effect in 2015. Large posters advertising spaces for food and beverage businesses went up late last year.

Beyond the murkiness of the selection process, the tender decision raised eyebrows because Anawmar Art Group’s owners are reportedly related by marriage to Lieutenant-General Tun Kyi, who was a former commerce minister under junta rule. There was criticism on social media in 2015 after the daughter of Tun Kyi hosted her birthday party in the courtyard of the Secretariat, The Irrawaddy reported.

Anawmar Art Group said in 2012 that it planned to spend an estimated US$50 million on conservation and renovation work, though conservation experts have estimated that the cost of refurbishing the Secretariat would be at least $100 million.

Kanbawza Bank announced in October that it would finance the entire project. The bank said that the loan, which it declined to reveal the size of, would go to Myanmar Cultural Heritage, one of the two companies that make up Anawmar.

Gathering financial information from or about the stakeholders is difficult. Anawmar Art Group is known to have four Myanmar directors and an Australian director, but Frontier was unable to find websites for Anawmar, Myanmar Cultural Heritage or Zazzle.

Frontier tried unsuccessfully for more than three weeks to arrange interviews with Anawmar’s chairperson and directors, and the company did not respond to emailed questions.

San Oo, who travels past the Secretariat during his daily commute, said he is distressed by some of the renovation work.

“The window frames of this historic building were originally made of wood but are being replaced by aluminium. This fact alone shows that the company is not following conservation principles,” the architect said.

“When doing this kind of conservation work, it is essential to maintain the building’s historic, artistic and architectural values,” he told Frontier.

Pyithu Hluttaw MP Daw Myint Myint Soe (National League for Democracy, Botahtaung), also known as May Soe, whose constituency encompasses the Secretariat, said her constituents were concerned about the plans for the Secretariat.

She cited worries that the plans for office space and restaurants along different sides of the complex would worsen traffic congestion in the area.

“I understand that the company needs to make money on its investment but this site is of great significance to the people of this country and I do not want it to become a private space for privileged people,” she told Frontier.

Political analyst U Than Soe Naing said though he knew little about the companies behind the Secretariat site he suspected that they were only interested in furthering their financial interests.

“This is one of the most historic sites in our country because it is where the martyrs were assassinated and it is most important that it stay quiet and peaceful,” he said.

TOP PHOTO: The renovation of Yangon’s Secretariat was led by a shadowy group with links to a former Tatmadaw general. (Steve Tickner | Frontier) 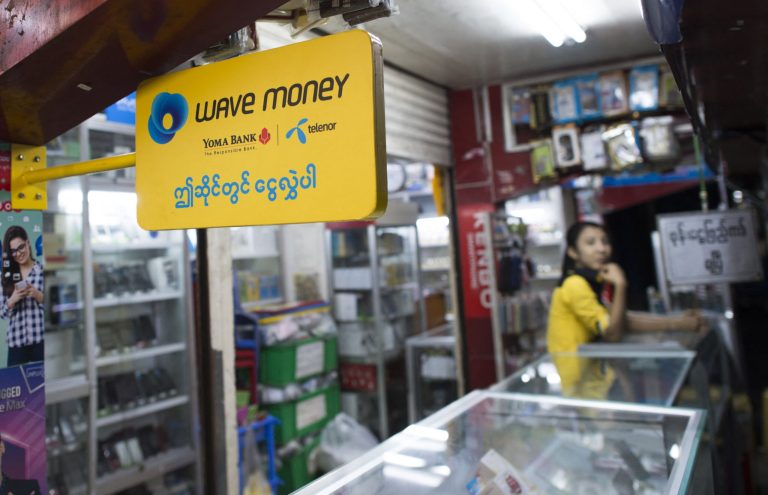 Resistance fighters say ramped-up financial surveillance has made it harder to fund their struggle, as new central bank rules separate ordinary people and business owners from their money.
BY Frontier