Emperors, kings and warlords have long fought over the valley of Mogok in Mandalay Region, where the unique “pigeon-blood” stones lie hidden.

The Mogok rubies are the most expensive in the world, with the highest-quality jewels fetching multi-million dollar prices in an industry notoriously bereft of regulation.

For years, private companies were permitted to mine in a joint venture with state-owned Myanmar Gems Enterprise.

But a recent law change, aimed at reining in big companies digging hundreds of metres deep, means many licences have not been renewed, and the former diggings have been invaded by artisanal miners.

With no security protecting the sites, locals, many former employees of the mining companies and long marginalised in the trade, have rushed in to stake a claim.

Now the openings of makeshift shafts, some just metres apart, pepper crowded sites, with teams working around the clock to bring up buckets of soil from depths of 30 metres (100 feet).

The holes lead down into a maze of bamboo-supported tunnels just wide enough for the men to inch along on their bellies, while long tubes feed oxygen into the shafts.

“Sometimes you hit another tunnel when you’re digging underground,” one miner, asking not to be named, tells AFP on a break from his shift, covered in mud and kitted out with head torch and walkie-talkie.

Team members haul buckets to muddy pools to clean away dirt, before sifting through piles of pebbles for a telltale red glint.

Police have started patrolling some sites, sparking fears among hopeful prospectors that they will soon start cracking down on the operations. 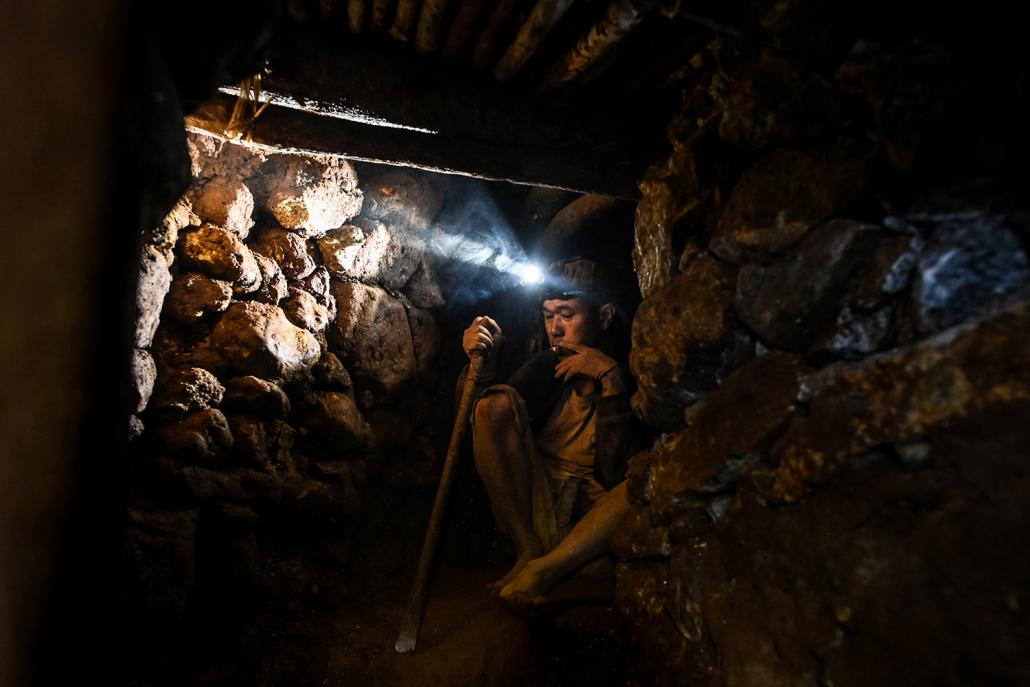 A miner works in a tunnel in a ruby mine in Mogok. (AFP)

Tunnel collapses are a constant threat in this scramble for riches, and the start of the rainy season only ups the risk.

Despite slim pickings, the lure of a quick profit is difficult to resist

“We’ve spent about 600,000 kyat on petrol and machines so far,” he laments, adding they are simply unable to dig deep enough.

Myanmar’s ruby industry surged in the mid-90s when the former military junta first allowed in private companies that brought with them more industrial methods.

In 2008 the US closed a loophole that had allowed imports of gems from Myanmar, despite 2003 sanctions on the industry, in a bid to starve the junta of funds.

The industry remains tainted with a “reputation for corruption, conflict and deep connections to military-linked figures and armed groups”, says Mr Paul Donowitz, of the watchdog Global Witness.

High-value rubies are often smuggled over the border into Thailand or China to be sold directly to private buyers or made into jewellery.

Many of the remainder end up at Mogok’s market, where dealers using torches and magnifying glasses scrutinise small mounds of the gemstones.

Merchants say the boom times are in the past.

“We only see low-quality gemstones these days,” says one shop owner, who has been in the business for 25 years. 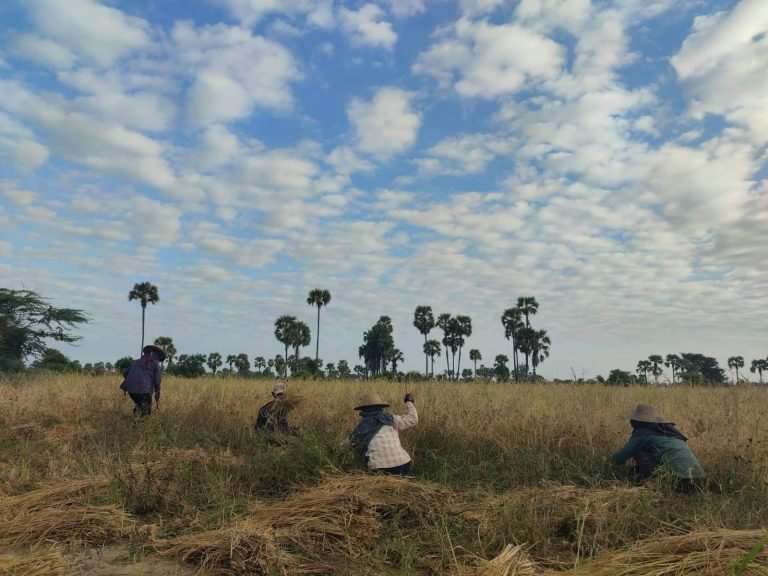