The government is coming under pressure from human rights groups to open northern Rakhine State to independent observers so they can investigate claims of abuses by the security forces.

HUMAN RIGHTS groups have urged the government to allow independent observers into communities affected by violence in northern Rakhine State, where there have been reports of widespread abuses.

The reports began emerging after militants attacked three Border Guard Police posts on October 9, leaving nine officers dead, and the security forces responded with operation that involved “clearing” exercises and resulted in the region being closed to aid agencies and journalists.

There have been accusations, denied by the government, that the operation by the Tatmadaw and Border Guard Police has included extrajudicial killings, rape, arbitrary arrests and the torching of villagers.

Reuters reported on October 28 that it had interviewed eight women, all of whom identified as Rohingya, who said they had been raped at gunpoint by the security forces in Maungdaw Township’s U Shey Kya village. Three were interviewed in person and the other five by telephone. The report said dozens of women were said to have been raped but not all the claims could be independently verified. 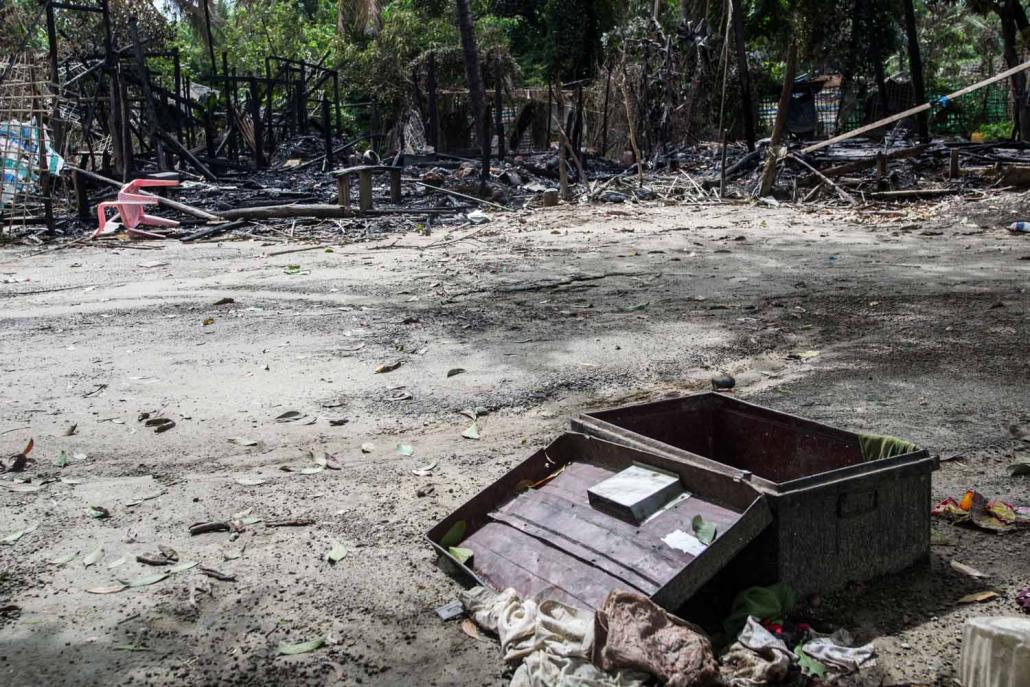 These photos taken on October 14 show a burned down village in Maungdaw Township, close to where the initial October 9 attacks were carried out. (Teza Hlaing / Frontier)

President’s Office spokesperson U Zaw Htay denied the allegations. “There’s no logical way of committing rape in the middle of a big village of 800 homes where insurgents are hiding,” he told Reuters.

In a statement released on October 24, a group of United Nations human rights experts urged the government to address reports of human rights violations in northern Rakhine after the October 9 attacks.

“In the aftermath of the attacks, State Counsellor Aung San Suu Kyi has rightly called for proper investigations to be conducted and for no one to be accused until solid evidence is obtained,” said Ms Yanghee Lee, the UN special rapporteur for human rights in Myanmar. “Instead, we received repeated allegations of arbitrary arrests as well as extrajudicial killings occurring within the context of the security operations conducted by the authorities in search of the alleged attackers,” she said.

On October 31, watchdog group Human Rights Watch said in a statement that new satellite imagery showed evidence of “fire-related destruction” in at least three villages in northern Rakhine. The statement called for the government to allow a UN investigation of the October 9 attacks, blamed on a previously unknown Islamic group, and the allegations that the security forces had committed abuses against Muslim villagers in the area.

HRW said the satellite images of destruction in communities near where the October 9 attacks occurred had been taken on October 22.

“New satellite images reveal destruction in Rakhine State that demands an impartial and independent investigation, something the Burmese government has yet to show it’s capable of doing,” said Mr Phil Robertson, deputy Asia director of HRW. “The government should end its blanket denial of wrongdoing and blocking of aid agencies, and stop making excuses for keeping international monitors from the area.”

A statement by the President’s Office admitted that one of six suspects arrested in a “clearance operation” by Tatmadaw columns on October 14 had died on the way to hospital three days later. 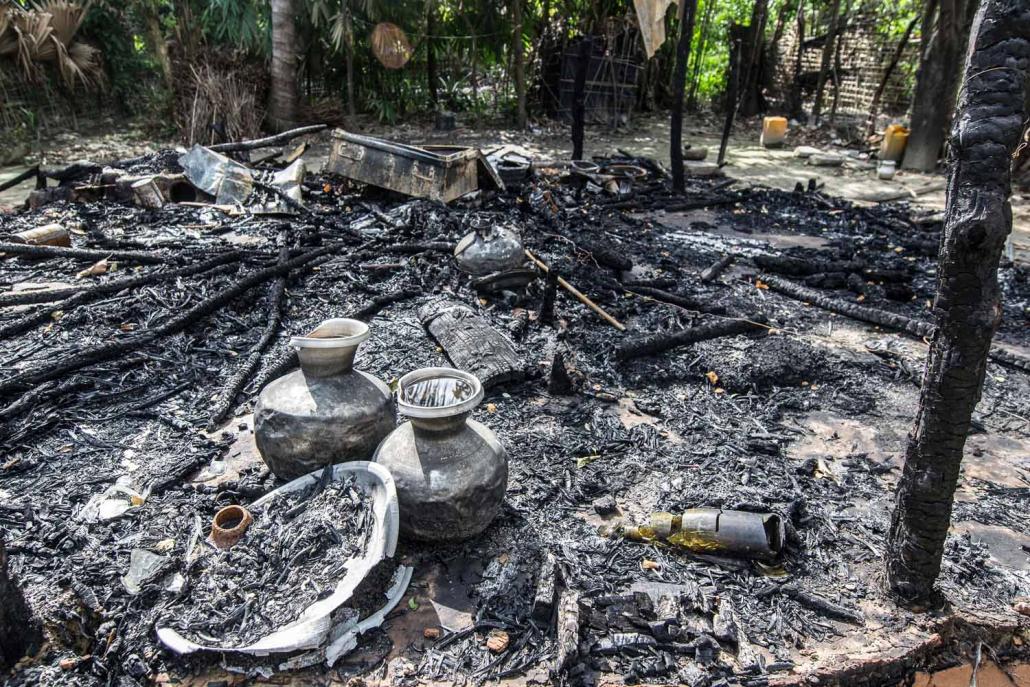 The statement said the suspect, Khawrimular, 60, was arrested with three sons and two brothers. They were being taken to Kyeinchaung police station on the morning of October 17 when Khawrimular allegedly tried to seize a weapon from a soldier. “Responsible personnel managed to subdue Khawrimular, but he lost consciousness as a result. On the way to the hospital in a car, he died near the village of Longdone at about 5.30 on 17 October, it is learnt,” the statement said.

The undated statement said an official investigation had been launched into the death of Khawrimular.

Official reports say the hunt for the militants involved in the attacks has resulted in the deaths of 33 alleged attackers, but Reuters has quoted residents and activists as saying scores of villagers may have been killed.

On October 31, the state-controlled Global New Light of Myanmar reported that three Muslims in northern Rakhine had been released after being found to have no involvement in the October 9 attacks. They were among five people arrested on October 27, it said.

Almost a month after the attacks and humanitarian access remained a concern, said aid agencies. On October 31, the UN Office for the Coordination of Humanitarian Affairs said an estimated 10,000 to 15,000 Muslim IDPs remain in “host villages” amid ongoing security operations related to the October 9 attacks.

OCHA said the UN has been approached by the Myanmar government to participate in a field visit to northern Rakhine, adding that the government is also planning to relocate around 1,255 ethnic Rakhine IDPs that currently sheltering in Sittwe, Buthidaung and Maungdaw to “transit camps” in Maungdaw.

On October 31, a WFP spokesperson told Frontier the agency had resumed regular cash assistance to 20,000 people in Buthidaung as of October 26.

“Logistical challenges related to the hiring of boat transporters have delayed the resumption of distributions of nutrient-dense food for 17,000 pregnant women, nursing mothers and malnourished young children in the rural areas of Buthidaung only accessible by water, but we are confident that this issue will be resolved imminently,” the spokesperson said.

Hopes are rising that elections can soon be held in the nine Rakhine State townships where voting was cancelled on November 8, but the National.
BY Kaung Hset Naing

‘Democracy has been stolen from us’: Disenfranchisement in Rakhine leaves a bitter taste