Existing free trade agreements and longstanding non-trade barriers could limit the RCEP’s impact on Myanmar, but the country may benefit from increased investment due to improved access to global value chains.

The signing of the Regional Comprehensive Economic Partnership on November 15 made headlines across the globe. The monumental trade pact involves the world’s second and third largest economies, China and Japan, and 13 other countries across ASEAN and Australasia, including Myanmar. Collectively they cover a third of the world’s population and 30 percent of global economic output.

Although not the smallest RCEP signatory in terms of population or economy, Myanmar is among the poorest in terms of GDP per capita. The government has lauded Myanmar’s inclusion as an important development for future economic growth, and indeed the country does potentially have much to gain. But what can we realistically expect this massive trade deal to deliver for the people of Myanmar, and what are likely to be the barriers to the country reaping more significant benefits?

Nine years in the making

The newly signed trade deal aims to deepen integration and lower trade barriers between all 15 signatories. Despite the excitement regarding the signing of RCEP on November 15, it is likely to be up to two years before the trade pact comes into full effect. For RCEP to come into full force, a minimum of six ASEAN member countries and three non-ASEAN partners will need to take steps to ratify the agreement domestically. In Myanmar, the incoming parliament will also need to ratify the deal once it convenes early next year.

It’s a common misperception that this trade deal is a China-led initiative. RCEP was in fact born at the ASEAN negotiating table, having first been introduced at the 19th ASEAN Summit in 2011 with negotiations getting underway the following year. But China has played a central role in driving RCEP forward to last month’s signing, following eight years of talks.

RCEP is often seen as a rival to the Trans-Pacific Partnership, a United States-led trade initiative signed by 11 countries in March 2018 (albeit without the US, after President Donald Trump pulled out of the deal the previous year). But it’s a less ambitious agreement than the TPP, which covers many areas that RCEP does not. This is also not the first time that ASEAN members have struck a trade deal with their East Asian and Pacific neighbours. The regional bloc already has free trade arrangements with many RCEP signatories. These earlier trade deals were known as ASEAN+1 Free Trade Agreements.

Nevertheless, RCEP is a first for its signatories in many respects. For Japan, China and South Korea – three regional economic powerhouses that have difficult bilateral relationships – RCEP will be the first trade deal that brings them together into a single free trade agreement. For the region’s largest economy, China, RCEP is its largest non-bilateral trade agreement.

Although there’s reason to be excited about the signing of RCEP, some of the discussion in Myanmar to date seems to be overly optimistic about the benefits. A week after the signing, Minister for Investment and Foreign Economic Relations U Thaung Tun wrote in state media that it was a “landmark agreement” that will “strengthen our country’s commercial and trade ties, including granting us greater access to the dynamic regional markets of Japan and South Korea, while increasing flows of quality, responsible foreign investment”. State Counsellor Daw Aung San Suu Kyi has also referred to RCEP as a “landmark” deal, and claimed that it will “provide a new driving force which will accelerate the facilitation of trade and investment as part of a well-functioning, highly efficient, rules-based multilateral trading system”. She also affirmed Myanmar’s commitment to fully implementing the agreement.

Despite this optimism and rhetoric of commitment, RCEP is not as far-reaching and radical for Myanmar as some insist. Many of the purported benefits already exist through regional and ASEAN+1 FTAs. To put it into perspective, more than 70pc of trade among ASEAN member states is already free of tariffs. ASEAN accounts for a significant proportion of Myanmar’s total trade, with both Thailand and Singapore among the country’s top 10 trading partners. Signing RCEP does not necessarily have a large impact on trade within ASEAN as the tariff line is already close to zero.

Could the marginal benefits of RCEP for Myanmar come through trade with non-ASEAN partners? China is Myanmar’s largest trading partner, accounting for over 30pc of total trade. In determining if Myanmar can reap marginal benefits of RCEP through its trade with China, it is important to examine the many existing hurdles in China-Myanmar trade and whether RCEP addresses these.

One of the biggest of these hurdles is overbearing non-tariff barriers. This is particularly the case for agricultural exports, which account for 20-30pc of Myanmar’s total export earnings. China is the largest market for Myanmar agricultural exports but because formal trade is subject to sanitary and phytosanitary (SPS) measures, most of Myanmar’s exports are informal on the Chinese side. This leaves them subject to periodic crackdowns; most recently, China used phytosanitary measures to tighten up on pineapple imports, resulting in a huge drop in prices in Myanmar.

Among the 15 signatories of RCEP, China has the largest number of SPS and technical barriers to trade (TBT). World Trade Organization statistics show that in 2016 China had 119 SPS measures and 104 TBTs in place. Myanmar has historically been one of the countries most impacted by China’s non-tariff barriers, which remain major obstacles to Myanmar exports reaching Chinese markets. Given that RCEP does not seem like it will address existing structural challenges to trade with China, the partnership may not bring as many benefits to Myanmar exporters as has been claimed.

The biggest difference RCEP can bring to Myanmar is its unified rules-of-origin system. This is a heavily bureaucratic process – generally, not a good thing for facilitating trade – that is used to determine the country of origin of a product. Currently, different sets of free trade agreements require businesses to follow different methods and criteria to certify the country of origin. For example, for intra-ASEAN trade, which falls under the ASEAN Trade in Goods Agreement, exporters are required to complete a Form D – Certificate of Origin for the particular good being traded. For trade under other ASEAN+1 FTAs, there are different forms which are accompanied by different methods and criteria for certifying country of origin. That means a Myanmar mango exporter who exports to ASEAN and to Japan would be subject to two separate sets of rules of origin. RCEP simplifies this by unifying all the 15 markets into one rules of origin scheme.

Consider the production of office chairs. Suppose a Japanese manufacturing firm produces office chairs that require several intermediate goods: cushions, wheels, and plastic and steel frames. The cushions, which are relatively labour intensive to make but require low-skilled workers, are made in Myanmar garment factories, whereas the wheels and plastic and steel frames are made in more sophisticated manufacturing facilities in Thailand. With RCEP in effect, the Japanese manufacturing firm would only need to comply with one rules of origin system to export to all the 15 signatories of RCEP. Therefore, RCEP’s unified rules of origin allow the Myanmar cushion maker (or a producer of any intermediate good) to export their wares to other RCEP countries with far less bureaucracy. This encourages foreign investors to look to Myanmar as a manufacturing hub for many intermediate goods. Through the unified rules of origin, Myanmar can expect RCEP to support growth in manufacturing, especially in those sectors that are highly connected to regional value chains.

For Myanmar, RCEP is not a silver bullet for resolving existing economic challenges. The trade benefits of the partnership are likely to be limited. However, the country can anticipate more manufacturing investment, and should begin preparing to connect with regional value chains. 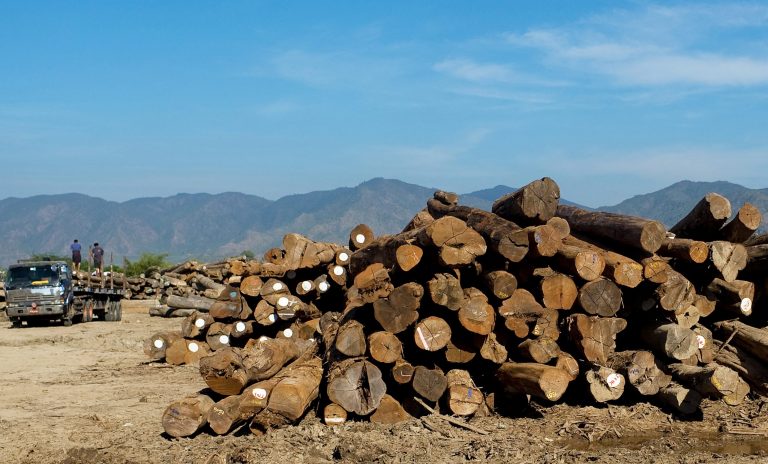