HEALTH officials were struggling last week to contain an outbreak of cholera at Pyay despite assurances that the situation was being brought under control.

More than 140 people have been hospitalised in Pyay, a town of about 135,000 in western Bago Region on the Ayeyarwady River, since the first cholera case patient presented for treatment on July 14. Six people have been confirmed as suffering from cholera and one death has been reported.

Patients with suspected cholera are being treated in an isolation ward at Pyay General Hospital. During a recent visit, Frontier saw more than 20 people receiving treatment. The hospital’s other wards are full of patients, mainly adults, who are suffering diarrhoea but are not thought to have cholera.

The hospital’s response to the influx of patients has included spreading the entry and exit of the building with lime, a disinfectant.

However, the government and hospital officials are playing down the outbreak, which has not been mentioned in state media. Repeated attempts by Frontier to interview the hospital’s superintendent, Dr Tin Shun, were unsuccessful, and other health officials refused to even confirm that cases of the disease had been detected.

When Frontier mentioned cholera in a question to Pyay District chief medical officer Dr Aye Aye Moe, she replied, “Don’t use that term, we are calling it serious diarrhoea.” She was among about 10 health officials approached for this report who refused to use the word “cholera”. 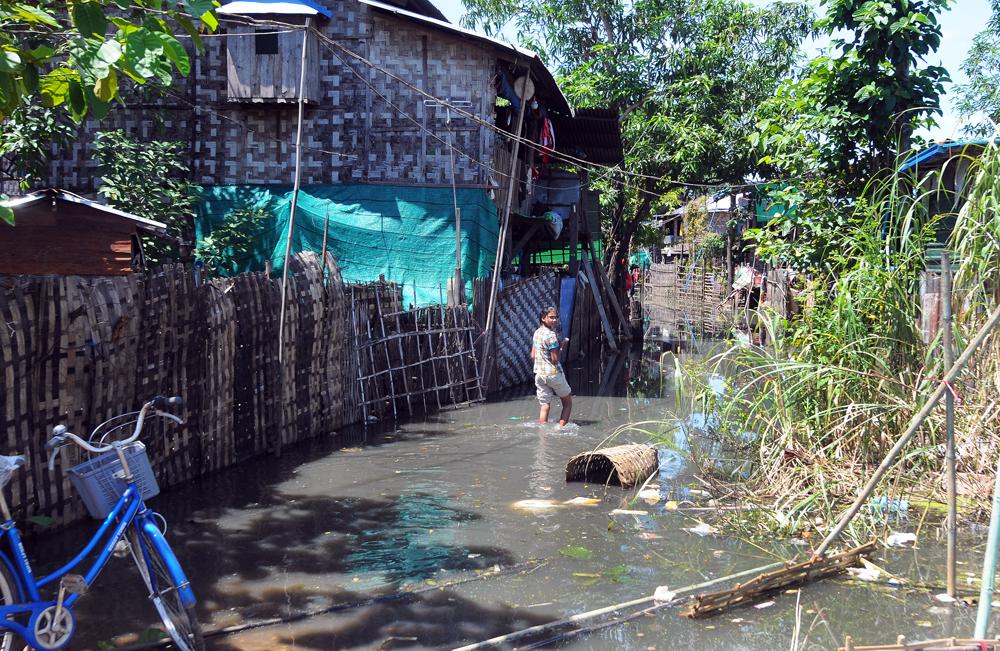 Effluent trapped in Pyay’s Nawin ward as a result of nearby bridge construction. (Steve Tickner / Frontier)

However, one hospital staff member provided data to Frontier confirming that patients were suffering cholera, and showing the extent of the outbreak.

Severe diarrhoea is a symptom of cholera, an infectious, fast spreading disease caused by contaminated food and water that can kill within hours if left untreated. The World Health Organization says up to 80 percent of cases can be treated successfully with oral rehydration salts. Safe water and sanitation is critical to control cholera and other waterborne diseases, WHO says.

While people from 10 townships in the Pyay area have presented at the general hospital with severe diarrhoea, the cholera outbreak appears to be confined to urban areas with poor sanitation.

The first person to be diagnosed with cholera was Ma Khine, 43, a casual labourer, who drank paddy water while working in a field on July 13 and developed severe diarrhoea. Ma Khine lives in Pyay’s Chaungnardan Ward, one of the neighbourhoods worst affected by the outbreak.

The area, which also includes badly affected Nawin Ward, has many small reservoirs, stagnant ponds and an abandoned lake. Residents are used to flooding; normally the water recedes after two or three days. But this year has been different. Over the past two months, work on a bridge linking the two wards has stopped water from draining into a nearby creek, in the process creating a large pool of sewage. 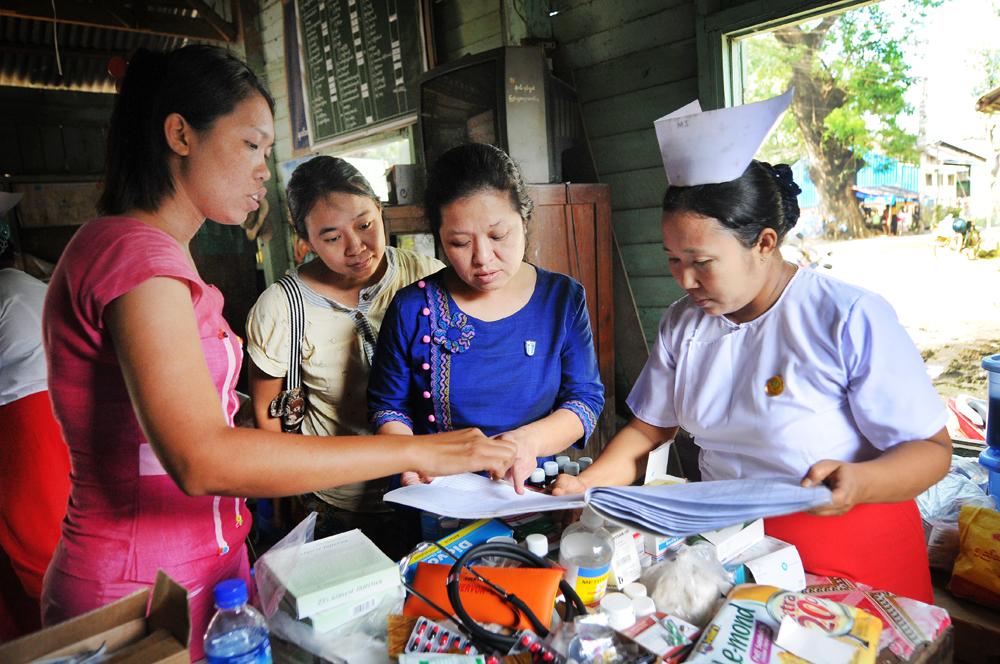 When Frontier visited, the stench from the pool was overwhelming – and got worse when the overcast weather gave way to periods of hot sun. The water was dark, and faeces were floating on the surface. It was clearly a potential source of disease, but that hadn’t deterred children from the local community from playing in the water.

“We want water to flow properly from the abandoned lake to the nearby creek; then we’ll be happy,” said U Ko Lwin, 50, a Nawin resident and victim of the cholera outbreak who spent five days in Pyay General Hospital.

Ko Lwin said his ward had been flooded with water polluted by sewage from home toilets and more than 30 households had been affected.

On July 21, Bago Region Chief Minister U Win Thein visited the area, including Nawin Ward. He was joined by parliamentarians representing Pyay township.

The chief minister ordered health staff who joined him on the trip to take samples of the water in the sewer in Nawin. The results have not been released, though, and it’s not even clear if the water has been tested. Staff in the chief minister’s office refused to comment last week.

“I did not know there’s cholera in our water and as far as I know, the upper levels haven’t tested the water yet,” said U Tayza, who heads the General Administration Department office in Nawin Ward.

Implementing health safety measures has proven difficult in the mostly poor, disease-affected communities. Many families at Nawin have moved temporarily to a Buddhist monastery, including some who had to be ordered to leave their homes by the authorities as part of the effort to control the spread of the disease. Restrictions on the sale of street food have also been put in place in some areas, but are often ignored.

“It is not only a matter of the government’s enforcement, the public also needs to obey the rules and be aware of proper health precautions,” said Daw Win Win Khine, 46, a midwife who has spent more than two weeks in Nawin assisting with the response to the outbreak.

Amid concern among some Pyay residents over the response from health authorities to the outbreak, Aye Aye Moe is confident it has been confined to the town.

“It’s not spreading across the district and the main problem is Pyay,” the district chief medical officer said. “People from other townships come to Pyay and it’s believed that it [cholera] infected them.”

Video: One family’s fight with COVID-19