YANGON — Fluorescent wigs askew and leaving broken stiletto heels and a cloud of glitter in their wake, Myanmar drag queens pounded across the finish line and crashed into a waiting coterie of photographers at a groundbreaking festival.

The race and other games including handbag throwing were some of the highlights of the &PROUD festival, which took place in public for the first time in a country where same-sex relations are still officially illegal.

“You get people who are LGBT but they don’t know what that is. They don’t understand. So that’s why it’s difficult for other people to understand as well.”

Section 377 of the Penal Code criminalises so-called “unnatural” sex and has been used to target LGBT people in the socially conservative nation.

Political reforms have broadened the space for free expression and civil society, but rights groups decry entrenched homophobic attitudes and widespread discrimination against the community.

Organisers said they were therefore amazed to receive the green light to hold the festival in public rather than the more discreet garden of the French Institute as they had in the past.

The widening acceptance boosted numbers with some 6,000 people coming along on the first day alone, compared with 2-3,000 over the whole festival in previous years.

“I would say this is not just for the LGBT community. This is for the whole country, acknowledging equality and basic human rights,” said 33-year-old festival co-director Hla Myat Tun.

The aim of the event, which runs over two consecutive weekends, is to educate as well as to entertain.

LGBT volunteers were on hand at a “human library” to discuss their personal stories while a series of LGBT-focused documentaries are also being screened. 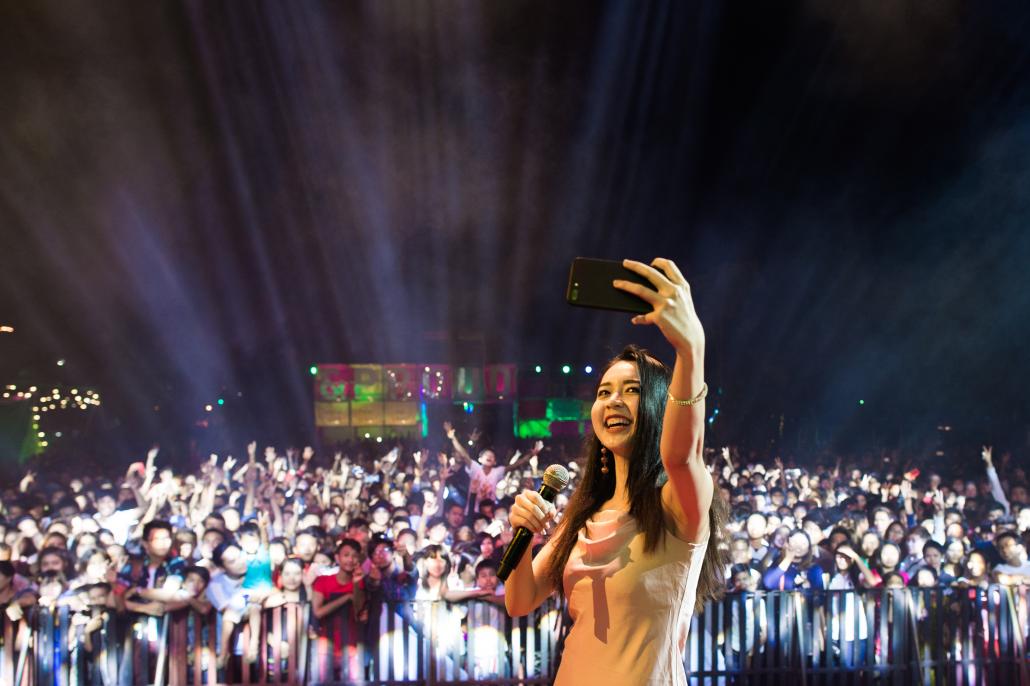 “A Simple Love Story” tells the touching tale of the relationship between a trans-man in Yangon and his part-time lover and trans-woman in Mandalay.

Another film, “This Kind of Love”, charts the life of veteran LGBT activist Aung Myo Min, from student protester in the 1988 uprising to armed rebel in the jungle, where he fought against military rule for five years.

He hopes his story will help break down stereotypes.

“People were really surprised to see gay men like me on stage, giving a political speech,” the 52-year-old told AFP before introducing his film on stage.

“I went to the jungle which is totally dominated by macho men and very restrictive military rules. So I survived.”

As DJs rounded off the weekend’s festivities by playing community classics like “YMCA” to revellers, organisers were already eyeing up the next stage of their campaign to rid the country of the discriminatory law.

The festival will take to the road later this year to proudly spread the word, the partying and the glitter across the country.