A proposal to suspend a controversial clause of Myanmar’s military-drafted Constitution is cause for concern.

It is by no means the most important of the sections in the 2008 Constitution in need of amending, but section 59(f), which bars from the presidency those with a foreign spouse or children, has been the focus of many discussions before and after the watershed November 8 elections.

Daw Aung San Suu Kyi believes the section to have been deliberately inserted in the constitution to block her from the presidency. This is why, in the aftermath of the landslide election victory by her National League for Democracy, she outlined a scenario in which she would control the next president. Some say her personal physician could be the prime straw puppet candidate. It would be yet another Kafkaesque twist in the long and colourful history of Myanmar political intrigues.

Last week a new dimension emerged in the debate over 59(f). Instead of amending the contentious section, Union Solidarity and Development Party MP U Thura Aung Ko floated the idea of suspending it. This would allow Daw Aung San Suu Kyi to fully assume the mandate conferred by the NLD’s overwhelming parliamentary majority and become the next president. U Thura Aung Ko suggested that a mere majority in parliament would be enough to suspend section 59(f).

The proposal has been discussed in the corridors of power in Nay Pyi Taw for some time and is now said to have found favour with the Tatmadaw and the USDP.

But how feasible is it?

It appears, for now, that there is no consensus about the legality of suspending part of the constitution. Some constitutional experts say it can be done, others say it is not possible. What is certain is that the 2008 Constitution does not have a provision allowing for any of its sections to be suspended.

Just as relevant are the political risks for Daw Aung San Suu Kyi of assuming the presidency. For the NLD leader the nation’s top job would give recognition to her moral leadership but at the risk of causing considerable damage to her political stature. After having been regarded as a democracy icon for decades, the presidency would require her to make decisions with which some were certain to disagree. It is no coincidence that the NLD’s election campaign was virtually devoid of policies; an unequivocal stand on any issue may have risked losing votes. A campaign strategy targeting the protest vote was the easiest route to victory.

Daw Aung San Suu Kyi would have limited powers as president – the Tatmadaw would still control its own budget, as well as 25 percent of the nation’s hluttaws and the three key ministries of Defence, Home Affairs and Border Affairs – and it would be a challenge for her, thus constrained, to deliver on the considerable expectations of the electorate. Her image as the Princess of Infallibility would crumble, and this might be exactly what the Tatmadaw leadership wants.

Another risk is that if she accepted the suspension of section 59(f) and such a move was ruled to be unconstitutional, she could be removed as president. Accepting the presidency under such circumstances would also cast a shadow over her oft-repeated commitment to uphold the rule of law, which has found expression in her role as chair of the Pyithu Hluttaw Rule of Law Committee.

Not only would the NLD leader be taking a risk, the Tatmadaw would have something to lose as well. The 2008 Constitution serves to guard the Tatmadaw’s economic interests and to protect former military leaders from being prosecuted for human rights abuses. If section 59(f) can be suspended by parliament, why not section 436, which gives the Tatmadaw an effective veto over constitutional amendments?

The unexpected meeting between Daw Aung San Suu Kyi and former Senior General Than Shwe might provide clues to what will happen next.

In an interview with Radio Free Asia on December 9, the NLD leader said an “agreement” reached during her meeting with the former junta strongman was a “great result”. She confirmed that he had called her a “future leader of Myanmar”. These comments have been interpreted in some ethnic minority circles as meaning that in exchange for the presidency, the NLD leader may have promised the Tatmadaw not to try and amend section 436, a de facto way of guaranteeing military leaders impunity for past human rights abuses.

If was to be the case, it would be a disturbing beginning for a party leader who has refused to unveil any detailed policies before assuming power. 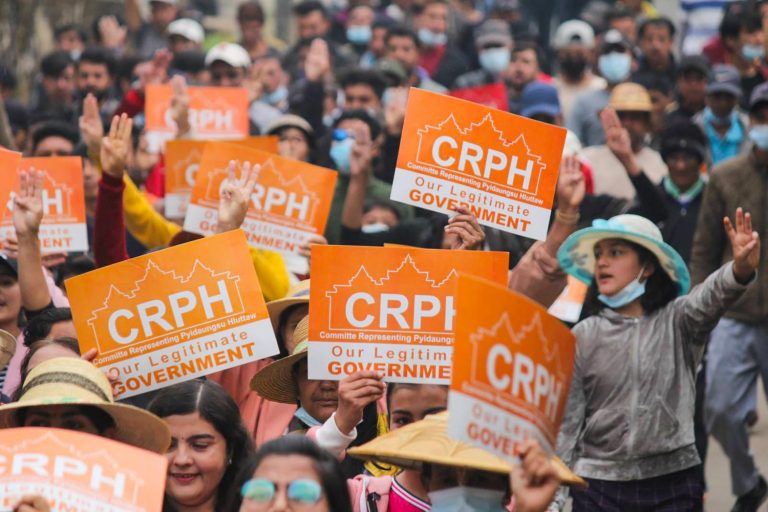