YANGON — U Win Myint on Friday became the first president in more than 35 years to lead the annual Martyrs’ Day ceremony, commemorating the lives of General Aung San and the eight men who were gunned down beside him at the Yangon Secretariat on July 19, 1947.

The last president to oversee the annual ceremony was U San Yu in 1983. In October that year, a bomb planted in the ceiling of the Martyrs’ Mausoleum by North Korean agents exploded, killing 21 and injuring 46. Its target was South Korean President Mr Chun Doo-hwan, who was visiting Myanmar at the invitation of the military junta.

As was customary for visiting leaders, President Chun was to lay a wreath honouring the nine fallen heroes at the mausoleum, where the remains of seven of the nine who were shot down are interred. He narrowly escaped the blast, because his motorcade was running late. 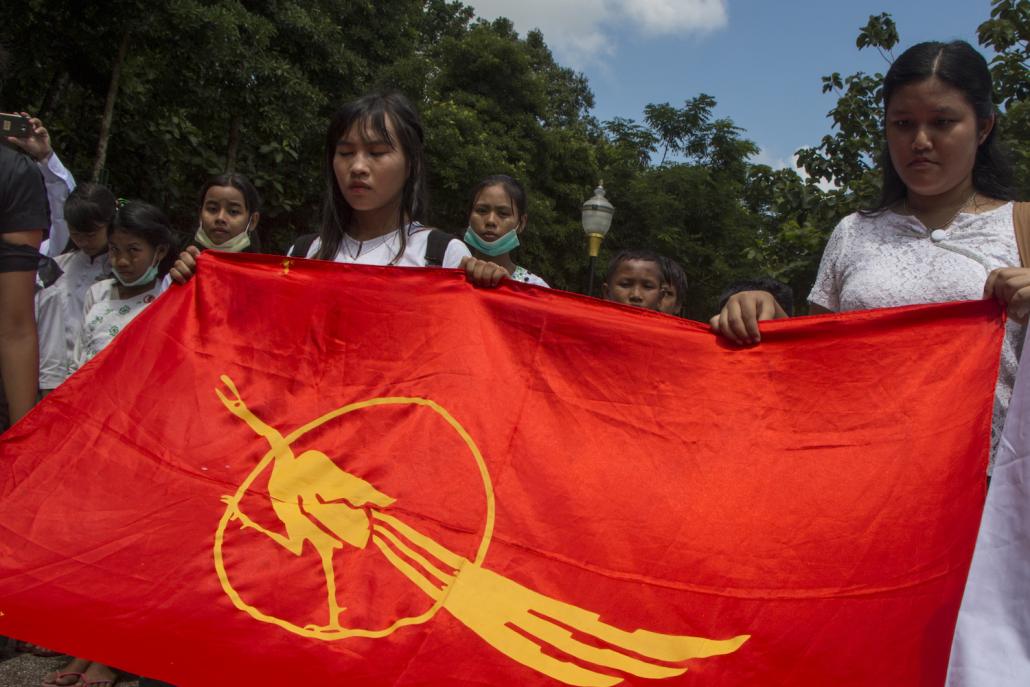 Former presidents U Thein Sein and U Htin Kyaw both presented offerings to Buddhist monks at the president’s residence in Nay Pyi Taw to mark the anniversary, but until this year, Vice President U Myint Swe was the most senior official in attendance in Yangon.

Daw Aung San Suu Kyi also attended Friday’s ceremony. She told state television channel MRTV that she was paying respects to her late father in a personal capacity, rather than in her position as state counsellor.

“I will not be the State Counsellor forever, but I will forever be my father’s daughter,” she said. 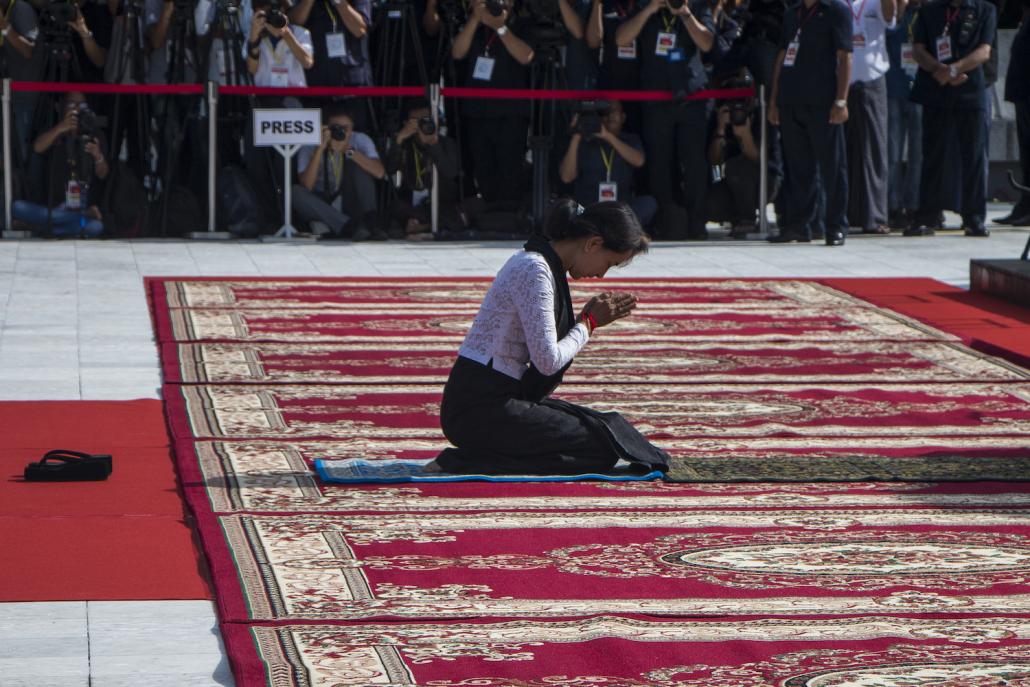 Meanwhile, crowds gathered at the Secretariat, the Bogyoke Aung San Museum, where Aung San lived before his death, and at statues of the hero, including in Kandawgyi Park. 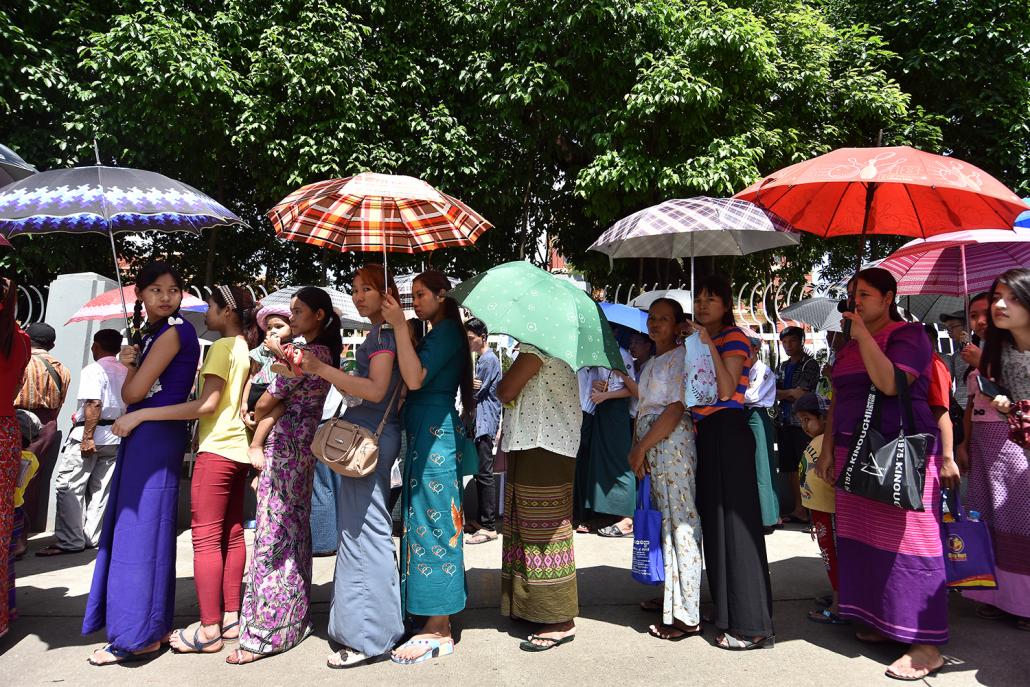 A queue formed early on Friday outside the Yangon Secretariat where General Aung San was killed with eight others in 1947. (Steve Tickner | Frontier)