YANGON — Political party officials who took part in the recent Panglong peace conference will meet tomorrow to assess the outcome and improve their preparedness for the next round of talks.

The two-day meeting in Pyin Oo Lwin will bring together political party representatives on the Union Peace Dialogue Joint Committee, a tripartite body that is coordinating the peace process.

Some political leaders said they were unhappy about both the process and outcome of the 21st Century Panglong Union Peace Conference, held in Nay Pyi Taw from May 24 to 29.

Thirty-seven basic principles to be included in a planned Union Peace Accord were agreed upon at last month’s conference. A further eight political principles were held over for further discussion due to a dispute over a non-secession clause.

Although the principles were supposed to be put to a vote, at the last minute it was announced they would instead be passed by consensus.

“We didn’t have time to discuss these points – one or two members just made a decision [to agree to them],” said Sai Kyaw Nyunt from the Shan Nationalities League for Democracy. “We will review this process and how to prepare for making decisions at future conferences.”

Other attendees will include Dr Aye Maung, chairman of the Arakan National Party, U Thu Wai, chairman of the Democratic Party (Myanmar), and Dr Tu Jar, a former vice chair of the Kachin Independence Organisation who now leads the Kachin State Democracy Party.

“I don’t know the exact agenda of meeting but I heard about review on peace process and outcome of last conferences,” said Aye Maung.

It is also unclear whether the meeting will result in a report being submitted to the government or UPDJC.

Sai Kyaw Nyunt, who is secretary of the political parties bloc within the UPDJC, said parties wanted to know if the principles were “flexible or fixed”.

“We will discuss that issue. If they are not flexible, then they will be a barrier to non-signatories of the nationwide ceasefire joining the process later,” he said.

Tar Jok Jar, vice chairman of the Ta’ang National Liberation Army, which is one of the non-signatories, said ethnic armed groups were also looking at this issue closely.

“We only attended the opening and closing ceremony [of the Panglong conference] – we were not able to make any decisions,” he said. “So I would like to know whether we can amend or not, because we have some differences of opinion on them.” 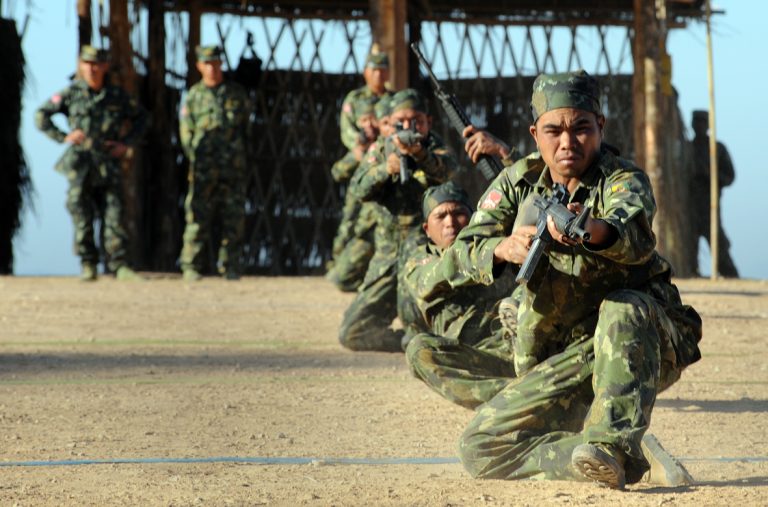 Civilians are caught in the middle of the conflict between ethnic armed groups in Shan State, with some missing for more than a year amid a surge in detentions and forced recruitment.
BY Frontier