YANGON — A Myanmar man detained for publishing a poem on Facebook about having a tattoo of the former president on his penis said he was released Tuesday after serving a jail sentence for defamation.

Maung Saungkha, 24, was arrested in November after he shared the short poem.

Written in Burmese the ditty read: “A tattoo of the president is on my penis, my wife felt detestation when she married me.”

On Tuesday he was convicted of online defamation charges under Myanmar’s telecommunications law by a Yangon court and sentenced to six months in prison — time he had already served.

“I was sentenced to six months, but have been released as I was already detained for six months and 19 days,” he wrote in a Facebook post after the hearing.

The poem did not specify whether the tattoo was of then-president Then Sein, a former military general who ceded power to a civilian government led by Aung San Suu Kyi earlier this year.

His girlfriend Shar Yamone confirmed to AFP that he had been freed and was “feeling well.”

Maung Saungkha was arrested just before the landmark election that saw Suu Kyi’s National League for Democracy win a massive victory, winding up nearly half a century of military domination.

The poet was one of several activists swept up by authorities ahead of the poll.

Rights groups said his detention was part of a last-ditch crackdown on free speech by Thein Sein’s quasi-civilian government.

Poetry has long been intertwined with politics in Myanmar, where direct dissent was forbidden by the country’s harsh military rulers.

During the dark junta days, censors vetted every article, book manuscript, photograph and illustration before publication, eliminating anything considered inflammatory or damaging to the regime.

Limits on free speech continued after pre-publication censorship was abolished under Thein Sein. 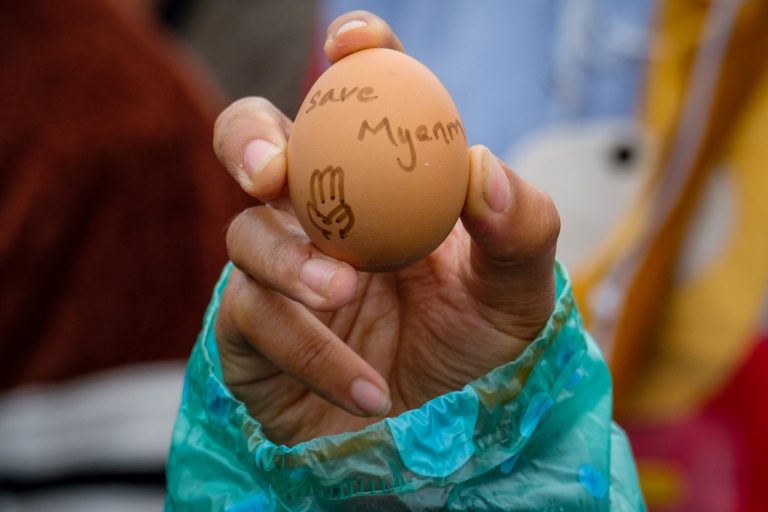 Anti-coup demonstrators in Myanmar decorated boiled eggs on Sunday, as Pope Francis in his Easter message expressed solidarity with the country's youth.
BY AFP 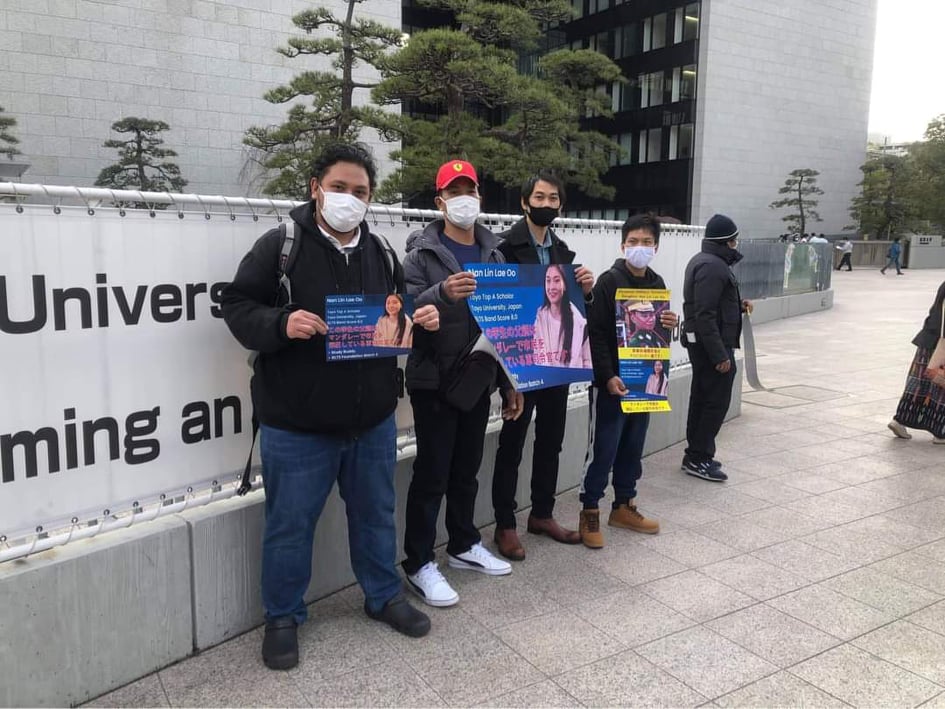