YANGON — Myanmar on Tuesday scrapped a law used by the former military regime to silence political activists, which threatened jail for anyone who endangered public morality or execution for damaging telephone lines.

The Emergency Provisions Act, passed in 1950 after Myanmar won independence from Britain, became the military’s weapon of choice to silence dissent during its half a century in power.

Lawmakers from the National League for Democracy party, led by State Counsellor Daw Aung San Suu Kyi, have been trying to repeal it since they took power in late March.

Many are former political activists who spent years in prison because of the law.

Under the repressive act, anyone committing treason — which spanned sabotage of railways and damaging telegraph poles — could face life behind bars or even death.

Hefty terms were also meted out for other crimes, such as spreading false news or disrupting public morality.

Previous attempts to axe or amend the act were scuppered by opposition from military MPs, who still control a quarter of the seats in parliament.

Freedom has flourished in Myanmar since elections that swept the NLD to power, with hundreds of political prisoners released and several oppressive laws revoked.

But activists say authoritarian legislation is still being used to silence criticism of the government.

Despite sky-high hopes Aung San Suu Kyi’s government will usher in a new era of free expression, several people have been prosecuted for defamation since her party took power.

In September a man was jailed for nine months for calling President Htin Kyaw an “idiot” and “crazy” in online posts because of a complaint by a local NLD party member.

The month before, a Myanmar actor was sentenced to nearly three years for scribbling curse-laden insults about the army across his car. 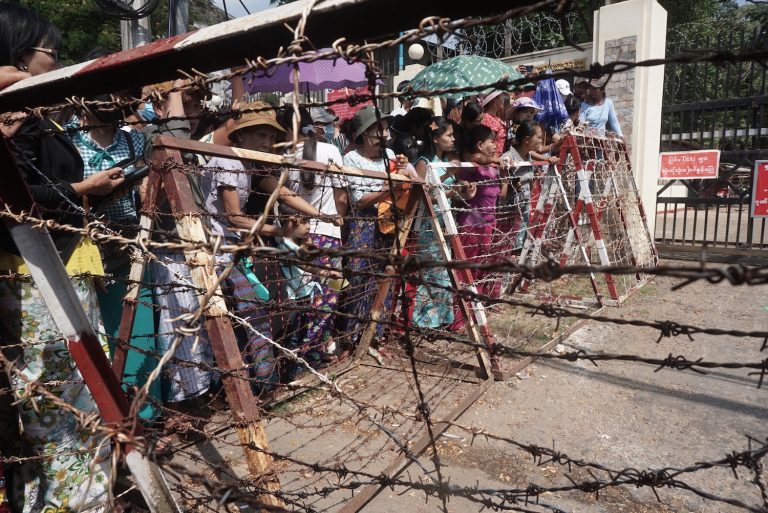