Opium must be addressed by next govt: UNODC

Myanmar’s next government will have to confront the “underlying issues” that enable opium growing and drug trafficking to continue, a senior United Nations official said last week.

The regional representative of the United Nations Office on Drugs and Crime, Jeremy Douglas, made the comment in a statement marking the release on December 15 of the agency’s annual Southeast Asian opium survey.

The survey says opium poppy cultivation has stabilised at high levels in Myanmar and Laos but the region’s demand for heroin “remains at unacceptably high levels” and transnational organised crime groups are making huge profits.

“While the stabilisation of poppy cultivation in the past year is encouraging, the Government-elect of Myanmar and the Government of Lao PDR have no choice but to face the underlying issues that allow opium cultivation and related trafficking to continue,” said Mr Douglas.

The survey found that Myanmar remains the top producer of opium in Southeast Asia and is the world’s second largest after Afghanistan.

It said Myanmar produced 647 tonnes of opium in 2015 – down from 670 tonnes last year – and production in Laos was estimated at between 84 tonnes and 176 tonnes.

The opium produced in Myanmar and Laos this year was enough to produce between 73.1 tonnes and 82.3 tonnes of heroin.

The report said Shan State accounted for 91 percent of the opium poppy cultivation in the Golden Triangle region, where the borders of Myanmar, Laos and Thailand meet.

“The production of opium and two-way trade of chemicals going in and heroin coming out of the Golden Triangle remains a clear challenge to the rule of law and stability in producing areas,” Mr Douglas said.

He warned that the opium and heroin business threatened well-intentioned regional development plans.

“The organised crime networks that benefit from Southeast Asia’s illicit drug trade are very well positioned to grow their business alongside these rapid changes,” he said. “Both Myanmar and Lao PDR need support to turn the situation around.” 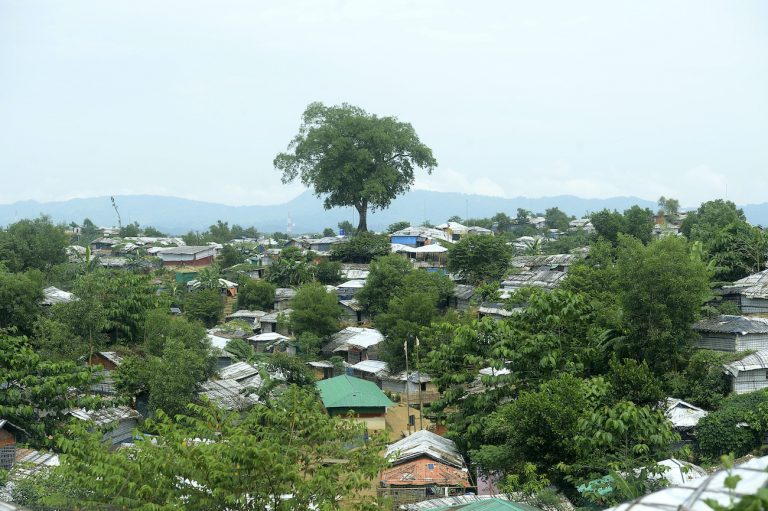 Two armed gangs of refugees from Myanmar are waging a deadly turf war in the sprawling camp, home to almost a million people, over control of the lucrative cross-border methamphetamine trade.
BY AFP