A new passport kindles memories of an encounter with a Gautemalan Rasta named Fresh, a frog from a Thai market and a bus to Mexico City.

My old passport ran out of pages last week, and I had to get a new one. But at least I got to keep the old one, stamps and all, for Uncle Jared to show off one day.

I got the old one in 2010. The canvas-reinforced cover is unravelling at the edges, and scribbled in blue ballpoint pin on the first page is the number 078373328.

That number is all I have left my first passport, that I lost in San Pedro, Guatemala, when I was 20. I guess I get sentimental. When I was 17 I got attached to a market frog in Thailand, and ol’ #078373328 helped me smuggle it past United States Customs.*  That passport was with me hitchhiking across India, and in Uganda, the first time I caught malaria.

In Central America, I didn’t let it out of arm’s reach, not once. And all it took was one blue-eyed Swedish backpacker to distract me long enough to forget it in a bar.

I spent three days putting up reward posters before heading to Guatemala City to apply for a new passport. I knew the old one was still out there, somewhere, behind enemy lines. When I got to the city, late at night, I almost wanted to get mugged, out of sheer spite. What would they take? My passport? Those bastards.

I didn’t meet any muggers, though, just a Rastafarian weed dealer who called himself Fresh. “Hey, what’s up man!” he called. “What you need, brudda?”

“Yeah, nothing thanks,” I said, and then I had a really dumb idea. “Actually, there is something. What do you know about passports?” 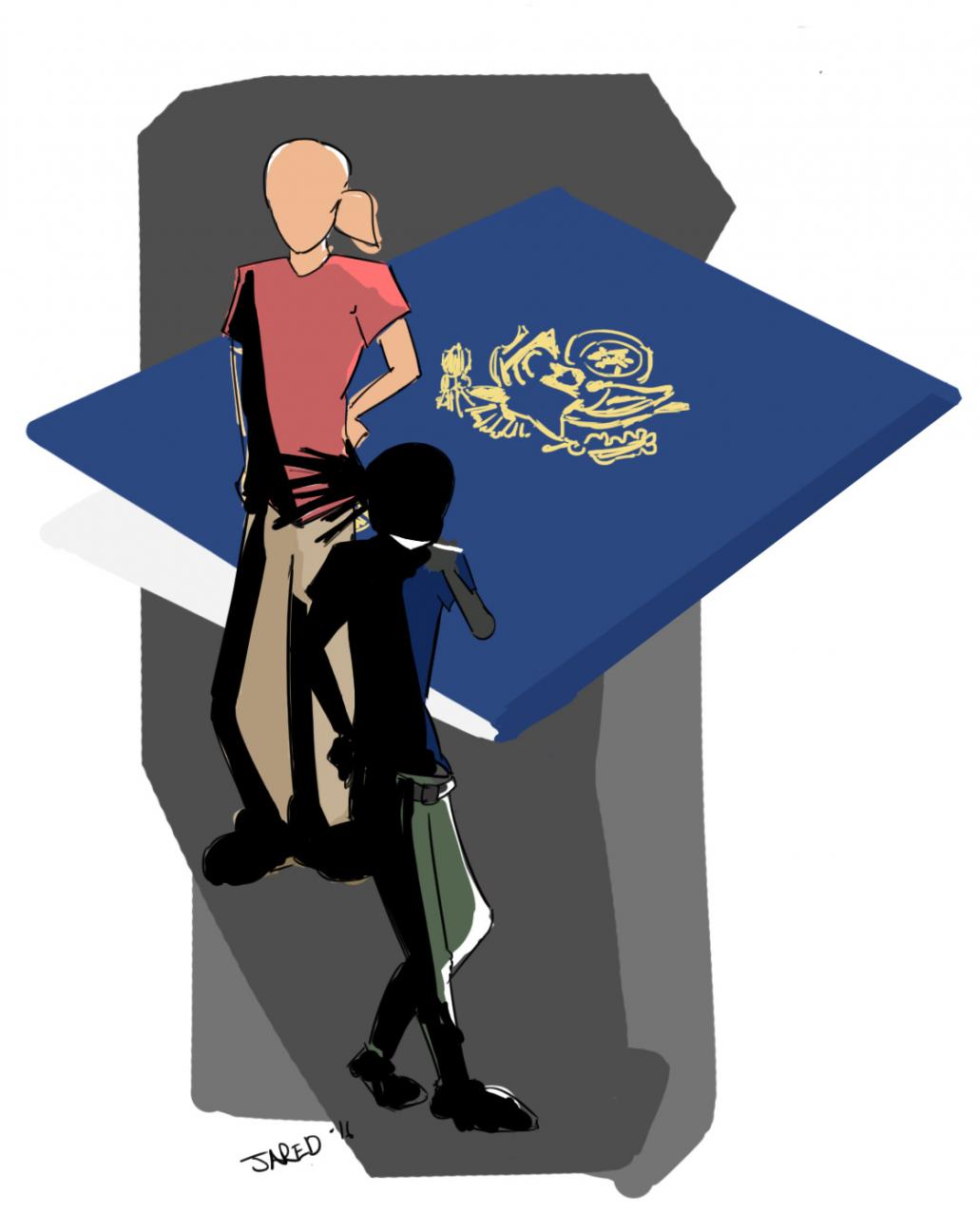 Fresh, as it happened, knew a lot about passports. Fresh hustled drugs, but after all, who didn’t? Fresh was from Gautemala’s Caribbean coast, and his dream career was to smoke pot on the beach. At times he would just throw his hand into the air and shout “R-R-R-ASTAFARIMAN!!” and laugh at the street.

But most importantly, Fresh understood me. He knew why a skinny white guy would go back to San Pedro for $100 worth of canvas – which is what we did, meeting bartenders in smoky taverns and crusty peddlers of stolen iPods and fake IDs. Fresh was an undemanding companion, although he once asked me for a “capsule”, by which he meant a tiny vial of cocaine. We managed to find one American passport. Its owner looked like me, but wasn’t.

It also cost $700, which I didn’t have. Until then, I had been so focused on tracking the passport down I hadn’t thought about what would happen next. I ran through scenarios that involved grabbing the thing and bolting from some basement crime den. Fresh and I even set a rendezvous point in case we got separated.

When I broached the subject, he just gave a knowing nod and said, “You have to take what is yours.”

It was dumb. But understand, I came to that point over three days with a drug-dealer-turned-private-eye. I had never bought drugs before nor watched someone snort drugs. I had also never hired a PI, nor tried to buy stolen property (even if it was stolen from me). And since the PI was of colour, at least racism and classism weren’t among my growing menagerie of new sins.

Still, it was dumb. But if it meant getting my passport back, I’d fly back to Central America and do it all again, dammit.

But I never did get it back. On the third day, while eating bologna sandwiches on the curb, Fresh looked at me, not grinning, and said, “You really think we gonna find you thing?” Then I knew it was over.

Fresh and I parted in Guatemala City, and I applied for a new passport at the embassy. It was the passport that an official at the embassy in Yangon officially retired from service last week. In 2010, it was still clean and stiff and lacked the suspicious orange stain that almost prevented me from getting into Ethiopia. But it was enough to get me out of Guatemala, and, six years later, into Myanmar. On the bus toward Mexico, I scribbled something on the inside page: 078373328.

*I named it Harry Potter, the Frog who Lived.