Obituary: The ‘irreplaceable’ U Ko Ni

As tens of thousands gathered for the funeral of NLD legal adviser U Ko Ni, Frontier examines his contribution to democracy, and his legacy.

U KO NI will be remembered for having made a major contribution to Myanmar’s transition towards genuine democracy, friends, family and colleagues told Frontier in the wake of his tragic death.

He was shot dead while waiting outside the terminal of Yangon International Airport on January 29, after returning from Indonesia. He was 63.

One of the most important acts of his long legal and political career came early last year, when he played a decisive role in establishing the State Counsellor position for Daw Aung San Suu Kyi, according to U Win Htein, a senior member of the National League for Democracy.

The role of State Counsellor, created through a bill of parliament in April 2016, meant that Aung San Suu Kyi could effectively lead the country, despite being constitutionally barred from becoming the country’s president. She had picked a confidante, U Htin Kyaw, to serve as president in a figurehead role.

The legality of the position, which enabled her to consult and provide guidance to any institution, apparently bypassing the constitution’s separation of powers, rested on a little-known and vaguely word clause, section 217. It was a bold gamble – one that provoked anger from the military and the memorable claim from the institution that ruled Myanmar for five decades that the NLD was embarking on “democratic dictatorship” – but it came off. 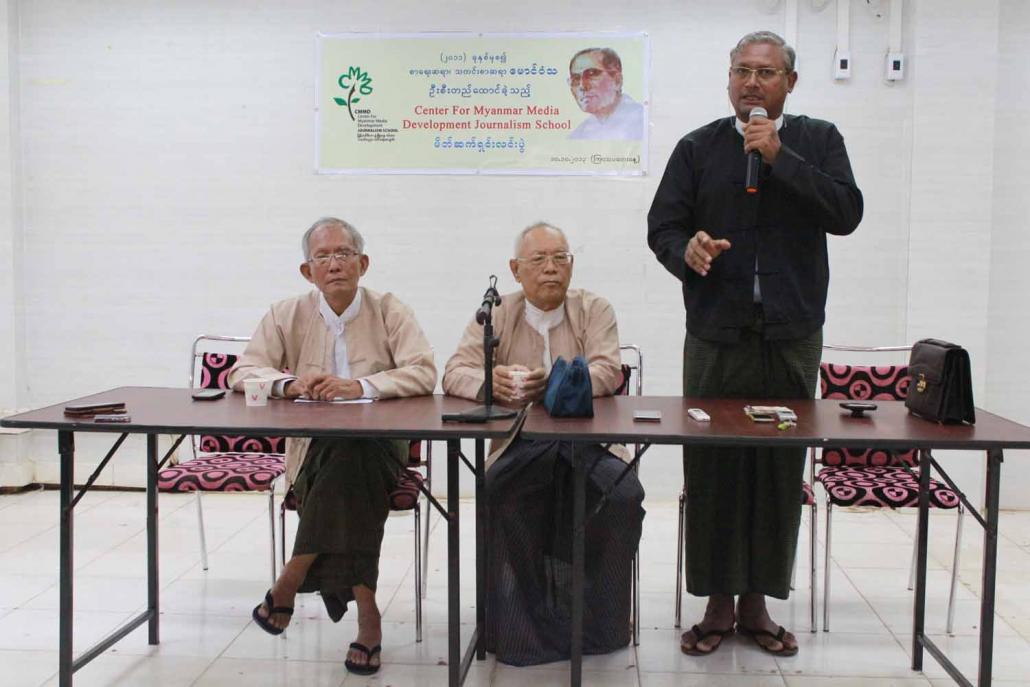 Ko Ni was also highly critical of the 2008 constitution, which was drafted by the military to ensure that the institution kept an active role in the nation’s politics. Here, he differed from the public position of Aung San Suu Kyi, who said repeatedly during the 2015 election campaign that the charter should be amended. Alongside NLD veteran U Tin Oo, Ko Ni believed that the constitution should be abandoned and a new one written from scratch.

So who was this influential figure within the party, who held no formal position on the powerful central executive committee?

He was born in Inn village, Katha Township, Sagaing Region on February 11, 1953 to U Sultan and Daw Khin Hla (also known as Daw Halima). After passing his matriculation exams at Basic Education High School 1 Katha, he moved to Rangoon to study for a Bachelors of Arts in Law at Rangoon Art and Science University. He graduated in 1975 and a year later received his Bachelors of Law degree.

In 1995, he founded the Laurel Law Firm and became chairman, operating the company out of an office in downtown Yangon. During his career, he oversaw more than 900 criminal cases and 1,400 civil cases.

He was also influential in bringing through the next generation of lawyers. From 1983 he trained an average of three new law students a year and regularly conducted reading lectures for junior lawyers.

He wrote several articles on subjects including the constitution, rule of law and civil rights in Myanmar, and also published six books: Whose fingerprint is this? (2010), How shall we vote in the upcoming election? (2012), Article collections on Rule of Law (2012), How shall we amend the 2008 Constitution (2013), What is PR?; Quintana, Myanmar and 1982 Citizenship Law (2013) and Democratic Elections, Fraud and Public Rights (2015).

He officially joined the NLD on October 8, 2013, but was a key adviser to Aung San Suu Kyi for many years before that, according to a statement released by the party on January 30 to coincide with his funeral. After joining the party he was appointed as a member of the Legal Advisory Committee and the Central Legal Aid Committee. He was also appointed as Central Committee Member for Constitutional Amendments.

Although well respected within the party, he was not nominated as a candidate for the 2015 general election. The NLD did not nominate any Muslims as candidates, a move that critics said was aimed at appeasing increasingly vocal nationalist groups.

Ko Ni was often the target of criticism from nationalist groups because of his religion. In February 2014, radical monks targeted a public talk by Ko Ni and three others in North Okkalapa, saying that Muslims should not be allowed to speak publicly because they are not “nationals”. 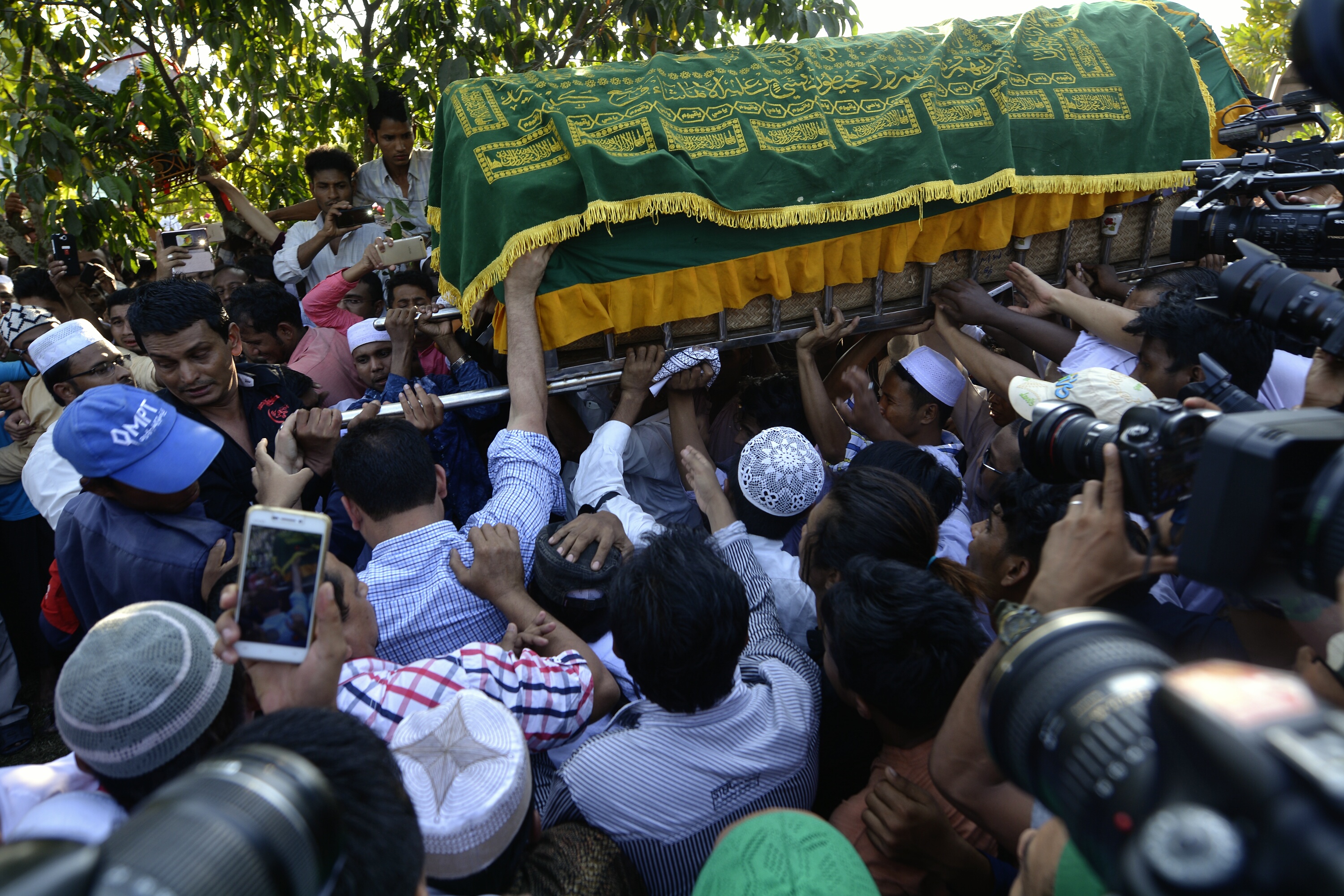 Despite this ugly mud slinging, Ko Ni avoided responding in kind to nationalists. However, he was highly critical of the four so-called “race and religion laws” proposed by nationalist groups and enacted by the U Thein Sein government, calling them “ridiculous”.

Speaking to the Myanmar Times in June last year after calls were made to ban the Myanmar Muslim Lawyers’ Association, Ko Ni said, “I don’t understand why people criticise us when they hear the term Muslim. We don’t cause any trouble to others. We just want to give assistance to our Muslim minority people who have long suffered under military rule.”

Ko Ni was a member of the International Bar Association, Myanmar Writer’s Association and the Independent Lawyers’ Association of Myanmar.

Shortly after his death, those who knew Ko Ni well were quick to praise him and the contribution he made to the country.

Win Htein called him an expert in constitutional affairs and said he often gave important advice to the NLD.

“It is a huge loss for the NLD and I feel deeply sorry,” said Win Htein.

Speaking hours after his death, his daughter Ma Yin Nwe Khine called her father a “hero” and expressed pride in the work he had done for his country.

Tens of thousands of people – including lawyers, politicians, Buddhist monks and people from all walks of life – attended Ko Ni’s funeral, which was held at about 4pm on Monday at Yayway Cemetery, according to Muslim traditions.

Ashraf Ali, also known as U Maung Maung Tin, 46, said he attended out of respect for Ko Ni’s work on ensuring inter-religious harmony.

“I didn’t come because he was a Muslim,” he told Frontier. “I came because he did his best to unite people of all faiths.”

U Kyaw Hoe, member of the NLD Legal Advisory Committee: “When I heard of Ko Ni’s assassination, I didn’t believe it and I was shocked. We have lost a priceless lawyer. Nobody can do what he did to support our team to rewrite the 2008 constitution.”

U Robert Sann Aung, lawyer: “This is not only an attack on a lawyer, but an attack on rule of law and justice in Myanmar, by someone who wants to show the current government that they cannot control the situation in Myanmar. Ko Ni was the best lawyer who knew how to repair the 2008 constitution, which was fixed by the military.”

U Zaw Min, chairman of the Draft Law Committee of the Amyotha Hluttaw: “It is a big loss that such a wise man who digested the constitution is dead.”

Ms Vani Sathisan, former legal adviser for International Commission of Jurists: “He thought a lot about improving the effectiveness of the criminal bar and how to best support lawyers engaged in human rights activism. He was pleasant, articulated his ideas carefully, listened respectfully and was engaged in discussions. He was genuinely curious to learn but he was also very knowledgeable and intelligent. I had no doubt about his sincerity to strengthen the diversity of Myanmar based on mutual respect and the rule of law.”

Ms Yanghee Lee, UN Special Rapporteur on Myanmar: “My deepest and most sincere condolences to the family of U Ko Ni, the most prominent and respected Muslim lawyer in Myanmar. We will all miss him. Not only those responsible for the death of U Ko Ni [must be] brought to justice but all those killing, torturing and raping innocent people in Myanmar.”