NLD turns on itself in Mon State

An investigation into allegations of poor performance from the Mon State Chief Minister U Min Min Oo has highlighted deep divisions within the party, amid concerns the state government there is too close to the business community.

IN THE 2015 election, Mon State ran red. The National League for Democracy achieved its strongest performance across all seven ethnic states, winning 19 of 23 seats to hold more than 60 percent overall in the local assembly. But less than nine months after it formed the Mon State government, disenchantment has well and truly set in.

“After nine months, the only change we’ve seen in Mon State is that the giant hinthar bird [also known as a Brahminy duck] on the roundabout at the entrance to town has been replaced by a big rice bowl,” said U Ko Aye, who owns a guesthouse in the state capital Mawlamyine.

He singled out the state government for particular scorn. “We never see the chief minister and the cabinet working for the development of the state,” he said.

That chief minister, U Min Min Oo, is a man under fire – and he knows it. At an NLD state branch meeting in Mawlamyine on November 5, he shocked members by saying that he hoped to resign, but gave no reason for wanting to do so.

This was no off-hand comment. The meeting was attended by all NLD lawmakers in Mon State from both the Pyidaungsu Hluttaw and regional hluttaw, as well as 10 executive committee members from its Mon State branch.

“I would like to resign from this job but the central executive committee members [based in Yangon] will decide,” he said at the meeting. 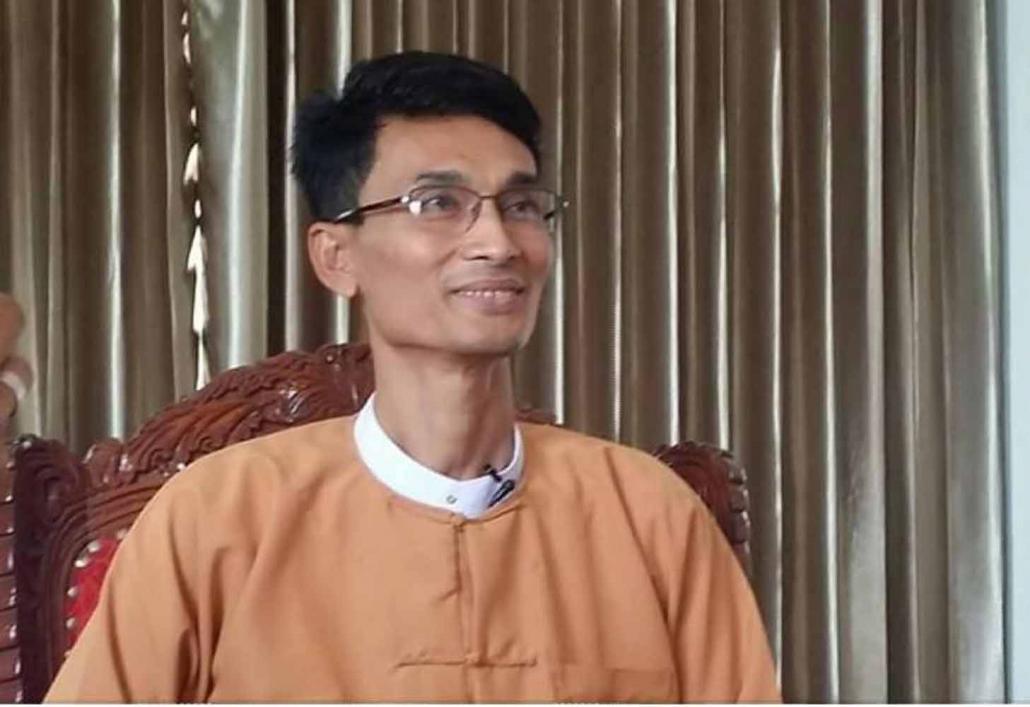 Min Min Oo may soon have little say in whether he leaves office, though. Three hundred people in Mon State – including lawmakers from the NLD – recently signed a petition complaining about Min Min Oo’s performance and the lack of positive change in the state. The letter was sent to party headquarters in Yangon.

“We signed a complaint letter to NLD CEC members explaining that we want them to change the chief minister,” confirmed Daw Mu, an Executive Committee member of the NLD’s Mawlamyine District branch.

Earlier this month, the NLD CEC decided to form a three-member investigation commission led by U Nyan Win to examine the allegations, as well as separate complaints about two senior NLD lawmakers in Tanintharyi Region.

Nyan Win declined to comment pending the outcome of the investigation.

“We will not say anything about the investigations in these two states because we have not yet finished our work,” he said. 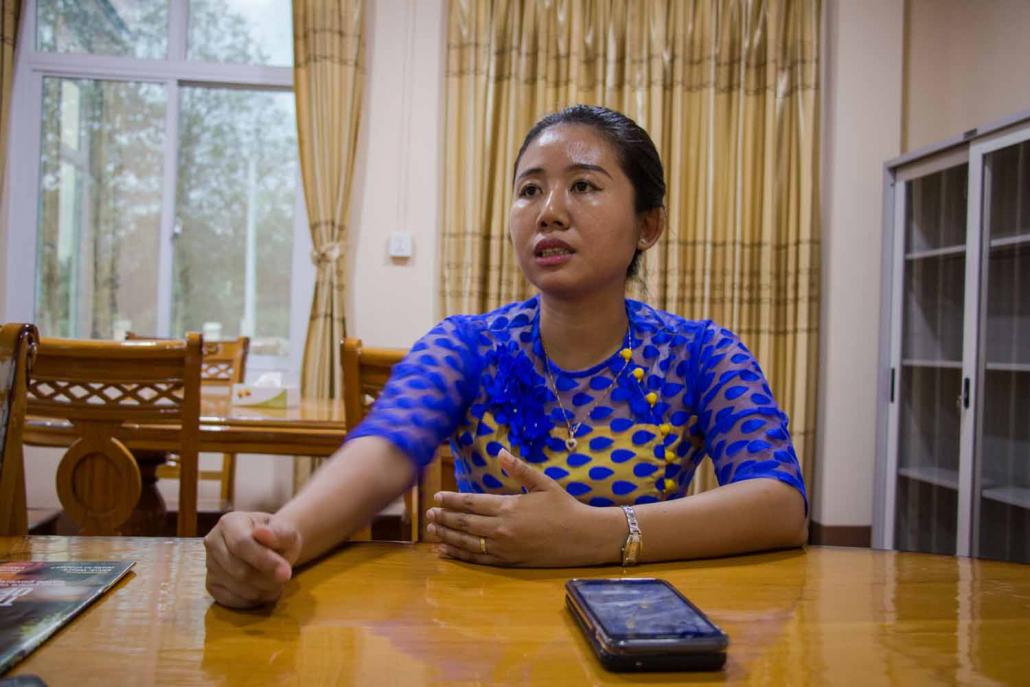 The representative for Bilin-2, Min Min Oo, 41, was a surprise choice for the chief minister position – a choice that appears to be backfiring on the NLD. He was a student activist in 1988 and fled to the border with thousands of others to join the All Burma Students’ Democratic Front and wage armed struggle against the military regime.

He returned in the 1990s, completed a degree at Yangon Institute of Technology and got a job in the Ministry of Communications, Posts and Telegraphs. After being fired from the ministry, he established a rubber plantation and a mohinga factory. When the NLD formed its Bilin branch prior to the 2012 by-election, he took the post of deputy chairman and was chosen by the party to run for a state hluttaw seat in the 2015 vote.

The complaints against Min Min Oo are extensive and varied.

There is the allegation that Min Min Oo’s government has failed to deliver much of anything. But Daw Khine Khine Lei (NLD, Thaton-1), who did not sign the petition but is critical of Min Min Oo, said the chief minister had often failed to attend the Mon State Hluttaw, sometimes without asking for leave. On other occasions he had requested leave but it later emerged that he did not have another engagement, she said.

There are also allegations, perhaps fuelled by his background, that Min Min Oo is too close to the state’s business community. Nobody though seems able to produce any firm evidence of wrongdoing – much less corruption – within the government.

“It’s difficult to get evidence of corruption unless the person who has paid a bribe complains,” Khine Khine Lei said. 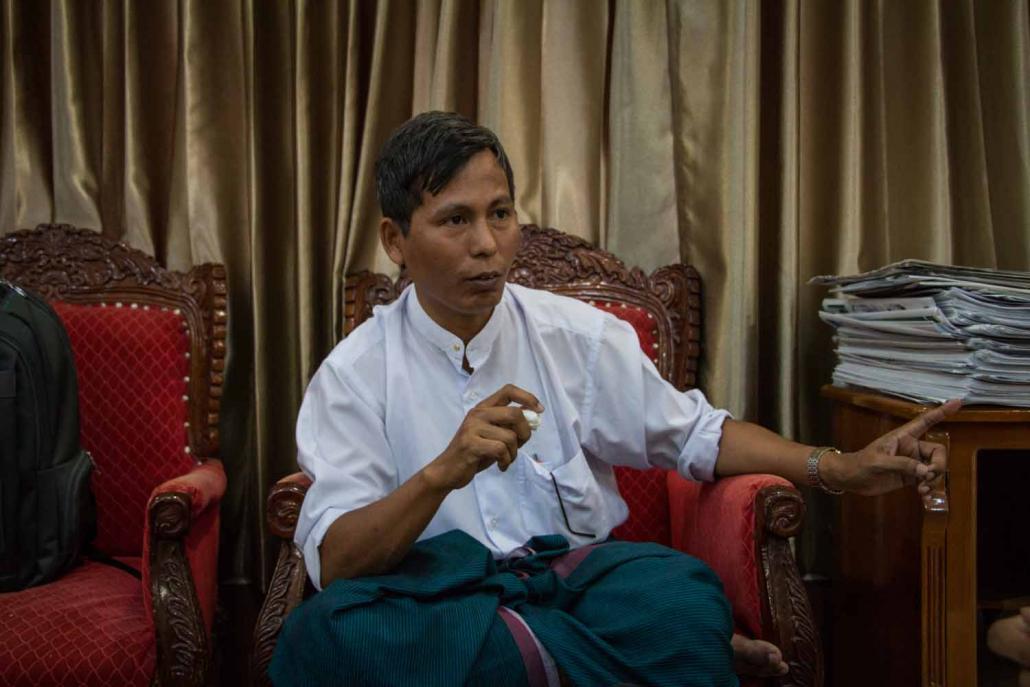 But MPs are unhappy that when the government conducts tenders it is asking bidders to also provide a donation – in the form of a cash payment – that is then used to cover the cost of government events, such as religious ceremonies or prizes for top-ranked students.

Bidders can choose whether they want to pay an extra five, seven or 10 percent of the total tender price to the government, she said, adding that lawmakers have no idea how the money is managed or accounted for.

“We need to ask the question whether that is corruption – businesspeople can have a better chance of winning the tender by agreeing to pay more money,” Khine Khine Lei said.

The chief minister has also pushed the Hluttaw to resume a number of unpopular projects initiated by the former regional government that were suspended by the U Thein Sein administration.

In one case, Min Min Oo sought to resume a hotel project next to the state hluttaw building, said Khine Khine Lei, adding that all lawmakers voted against the proposal.

“We rejected maybe five or six similar projects that had been approved by the previous assembly but were unpopular,” she said.

U Aung Naing Oo, the deputy speaker of the Mon State Hluttaw, said the chief minister was being supported by “crony” businesspeople who were close to civil servants.

“Until now, we can say the chief minister has done nothing for the development of the state,” said the All Mon Region Democracy Party lawmaker, who represents Chaungzon-1. 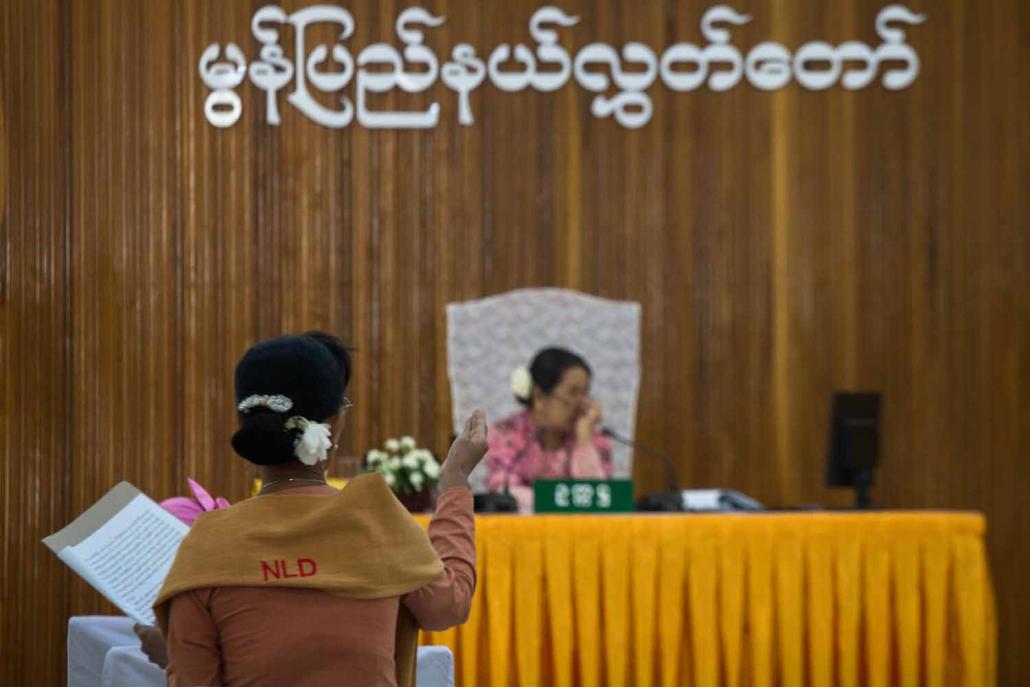 Min Min Oo declined to comment when contacted by Frontier. Members of his cabinet, however, are standing firmly behind him.

U Min Kyi Win (Mon National Party, Mudon-2), the state’s natural resources minister, said there were adequate checks and balances to ensure that all cabinet processes were above board.

“There is no corruption at all. The chief minister is not corrupt, and neither are any members of the government,” said the minister.

Kyaw Win Maung, the lawmaker for Kyaikmaraw, suggested that Min Min Oo lacked the experience needed for the chief minister position. He said the Mon State government had faced challenges managing the bureaucracy, adding that this was a problem for all state and region governments but only those with the requisite political acumen would succeed.

Ko Jimmy, a senior member of the 88 Generation Peace and Open Society, said state and region governments were facing challenges not only from civil servants but also the Union government, as many projects require approval from Nay Pyi Taw. He suggested people need to be more patient and give the government more time.

“They have no power to do anything on their own ­– this is because of the constitution,” he said.

But the dispute appears to reflect a split in the Mon State branch of the NLD. Unlike in the national parliament, members of regional governments keep their seats in state assemblies. Eight of the nine members of the Mon State government are lawmakers from the NLD. Their fiercest critics are their NLD colleagues who also occupy the chamber but are not in government.

Divisions within the NLD have been apparent since early April. When Min Min Oo was confirmed for the chief minister position, he was forced to resign as deputy speaker. Despite the NLD’s huge majority, the party’s new nominee for the position, Dr Khin Naing Oo from Bilin-2, lost the vote to Aung Naing Oo of the AMRDP by 13 votes to 12. Five lawmakers submitted informal votes.

Based on the composition of the chamber, the result meant that at least one NLD lawmaker voted for Aung Naing Oo, and up to five refused to vote for either candidate.

Since the government took office, lawmakers have not shied away from asking difficult questions of cabinet members. They say that in many cases ministers have struggled to provide adequate responses.

When Frontier attended the Mon State Hluttaw on December 8, lawmakers asked questions about disputes between the government and civilian related to land confiscations, illegal mining and inappropriate use of loudspeakers. The ministers who responded could not explain what they were doing to address the problems, and gave no indication of having any plan to do so in the future.

Saw Aung Myint Khine, a minister for Kayin ethnic affairs, said that critics needed to give the government more time.

“The hluttaw and some civilians wanted change straight away, but we faced some difficulties because of the previous state government,” he said.

“But we are learning and doing our duty for state development,” he said. “We can guarantee that we have no corruption – including the chief minister.

“People want to see more development and this is causing problems for our cabinet. We need to be given more time to show our ability.”