MINHLA — As clouds of acrid, black smoke belched above the flames engulfing an artisanal oil field in central Myanmar, prospectors from nearby hillsides arrived in droves, hoping for riches from a fresh line of black gold.

“The fire’s a really good sign — it means there’s lots of oil here,” Khin Maung Htay tells AFP as he scouted around the site just hours after the blaze was extinguished.

The fields near Minhla in Magway Region, are Myanmar’s equivalent of the American Wild West, where informal oil entrepreneurs scramble from site to site in the hope of striking lucky.

It is a hard way to make a living.

A forest of temporary “derricks”, three legged pyramids made from metal or bamboo stretching 30 feet or more into the air, covers the hillsides.

A pulley at the top of each well supports a drill that can plunge more than a kilometre into the ground. 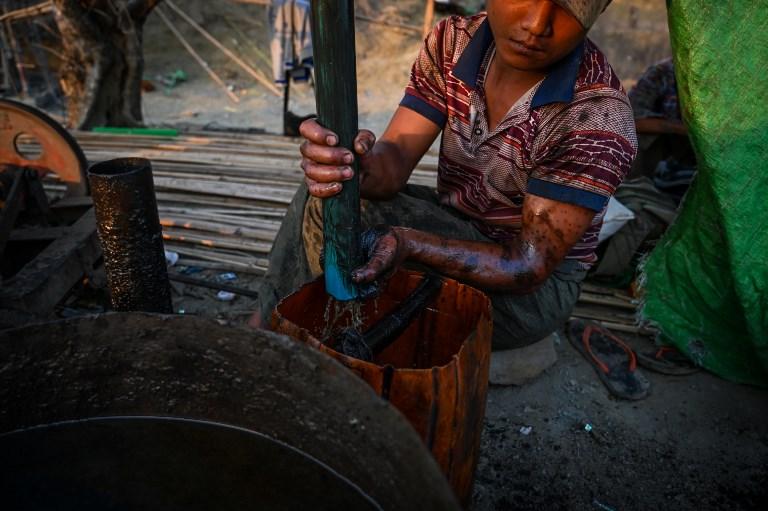 A worker operates a machine to extract crude oil from a well at an informal oil field in Minhla Township. (AFP)

Each is manned by a team working round-the-clock, often caked in black, viscous grime as they wait for a potentially lucrative spurt of oil.

“It’s like the lottery,” shouts Than Moe over the deafening noise of generators powering the field’s hundreds of drills.

As he cooks up some rice for his crew of seven, he explains that setting up a drilling operation can set you back more than $60,000.

“But if we strike oil, we can get that back in one day.” 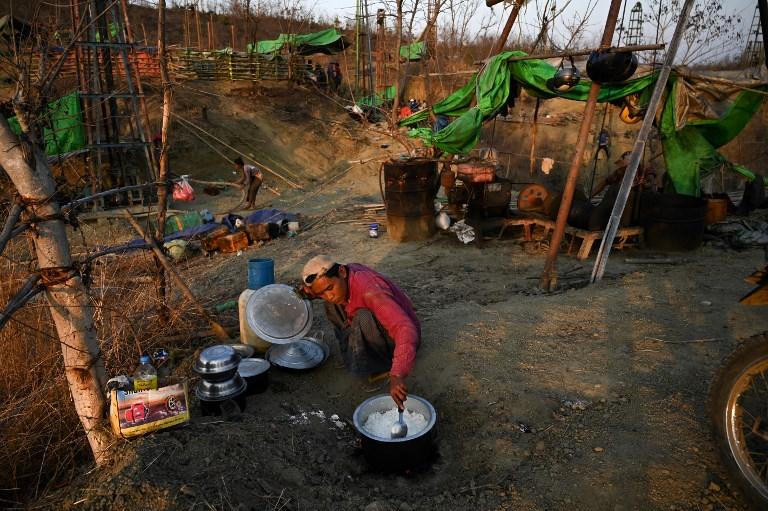 A worker cooks a meal beside an oil rig at an informal oil field in Minhla Township. (AFP)

The teams live right next to the wells in bamboo huts and tarpaulin tents offering some protection from the searing heat.

Many even bring their families along for their nomadic life.

Children run around the hillsides dodging motorbikes and trucks transporting barrels of oil, while a handful of restaurants and tea shops serve the transient population of several thousand.

The weekend’s blaze extinguished, some trudge knee-deep through a river of oozing filth, overspill from the wells mixing with water left behind by fire trucks, scraping up any oil they can salvage. 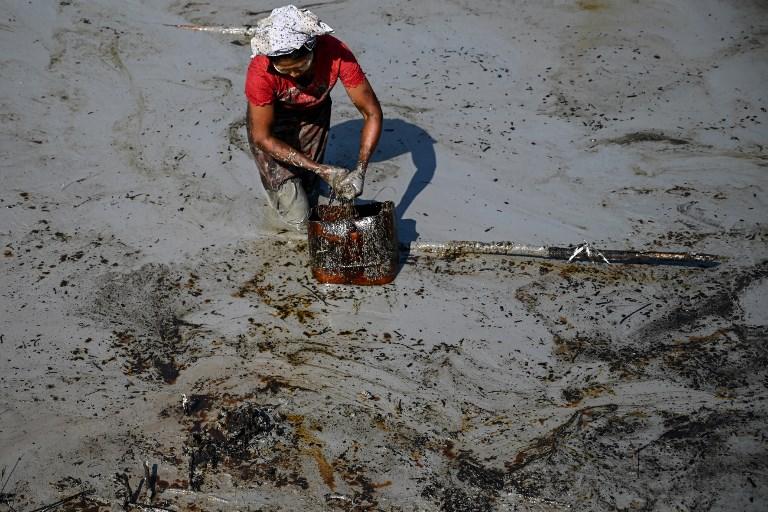 A woman salvages spilled oil from a pond filled with mud and filth. (AFP)

“The fires aren’t dangerous. They happen all the time,” one man says without giving his name. 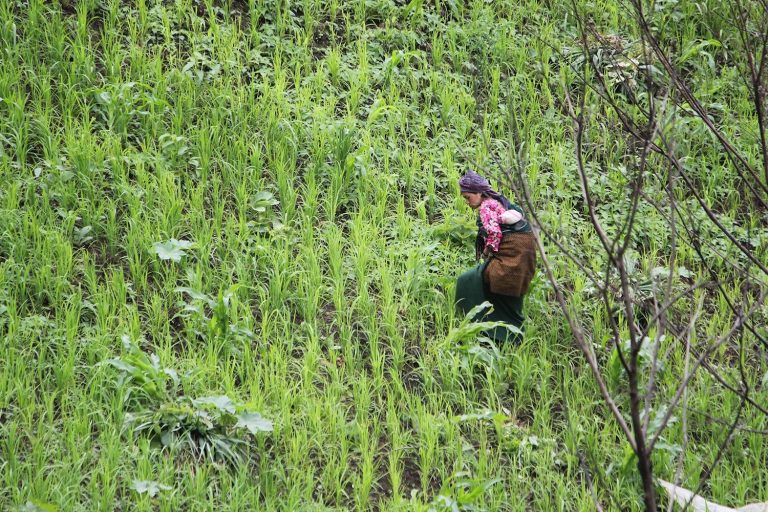 Chin parties are upset at a last-minute change to seat boundaries in a Magway Region township that appears to have dashed their hopes of an election win.
BY Nay Aung

Left behind: Survivors of the Kachin mine disaster