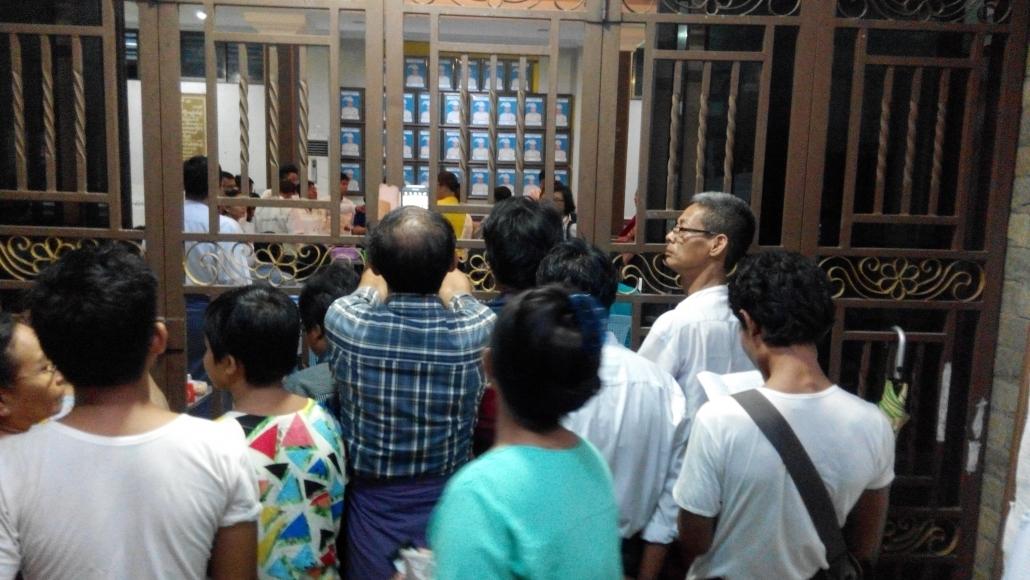 Myanmar wrapped up a remarkably peaceful election on Sunday, although the process was dogged by opposition complaints of crowded polling stations, duplicated ballots and allegations of vote-buying.

Some 33.5 million voters were eligible to cast their ballots from 6am to 4 pm at 40,000 polling stations throughout the country.

The National League for Democracy has complained that many polling stations were too crowded, and not all voters would be able to cast their multiple ballots when voting was due to end at 4pm.

At Zeyathiri township in the capital, Nay Pyi Taw, there were 2,179 eligible voters, who must each cast three ballots, for their preferred candidates for the upper and lower houses of parliament and the regional assembly.

“I am concerned that there will not be enough time for all the eligible voters because they can process only about 80 people per hour,” said NLD candidate Phyo Zaya Thaw. “With 2,000 voters will they have enough time?”

Union Election Commission officials have shrugged off these concerns.

“There were already 600 advance voters in Zeyathiri so only 1,500 need to vote, so we will have enough time,” UEC commissioner U Mint Oo told the media.

President U Thein Sein cast his vote in Zeyathiri township, without a long wait.

Asked which party he voted for, U Thein Sein said, “To tell the truth I’ve voted for my own party. If I said otherwise I would be lying.”

In Yangon, NLD headquarters issued a statement calling on the UEC to investigate many claims of duplicate balloting and of vote-buying in Pathein, the capital of Ayeyarwady region.

The statement said the NLD had heard reports claiming that the ruling Union Solidarity and Development Party was handing out 100,000 kyat (about US$78.00) to each household in a Pathein township village on the understanding that should the party win the money need not be paid back.

There are 6,039 candidates from 91 political parties, with 313 independents, contesting 168 seats in the Upper House, 330 in the Lower House and 673 in state and regional assemblies. Military appointees hold 25 percent of the seats all parliaments in Myanmar.

The Union Election Commission, the theoretically independent body responsible for organising the polls, has been criticised for creating confusing voting lists, duplicating ballots, less-than-transparent advance voting and the disarray of overseas voting.

“Even the UEC has admitted it,” said the statement. “If you get duplicated ballots, you need to inform the related candidates.”

It warned that some polling stations might not have time to complete their balloting by 4 pm, when voting is due to close.

“So, it is impossible for every eligible voter to vote on time but according to the election rules, the voters who arrive in the area of polling stations in time can vote even after 4pm. So please don’t go back even if the station is crowded and you can’t vote in time,” the NLD said.

The NLD is widely slated to win this year’s polls, based on the popularity of its leader Daw Aung San Suu Kyi and its strong anti-military credentials. The party won 82 percent of the seats in the 1990 general election, after which it was blocked from assuming power by the ruling junta.

The NLD boycotted the 2010 polls, which was then won by the pro-military USDP. In the 2012 by-election it won 43 out of 44 seats it contested after rejoining the political process.