Myanmar violence may have killed more than 1,000: UN rapporteur

SEOUL — More than 1,000 people may already have been killed in Rakhine State, mostly from the Rohingya community, a senior United Nations representative told AFP on Friday — around twice the government’s figure.

“Perhaps about a thousand or more are already dead,” said Yanghee Lee, the UN special rapporteur on human rights in Myanmar.

“This might be from both sides but it would be heavily concentrated on the Rohingya population.”

In the last two weeks alone 164,000 mostly Rohingya civilians have fled to Bangladesh, overwhelming refugee camps that were already bursting at the seams.

Others have died trying to flee the fighting in Rakhine State, where witnesses say entire villages have been burned since Rohingya militants launched a series of coordinated attacks on August 25, prompting a military-led crackdown.

The Rohingya have long been subjected to discrimination in Myanmar, which denies them citizenship and regards them as illegal immigrants from Bangladesh, even if they have lived in the country for generations.

The figures given by Lee in an interview in Seoul are far higher than official tolls, which total 432.

In updated figures released by the authorities on Thursday, Myanmar said 6,600 Rohingya homes and 201 non-Muslim homes had been burned to the ground since August 25.

They added some 30 civilians had been killed — seven Rohingyas, seven Hindus and 16 Rakhine Buddhists — in the fighting.

Myanmar’s army has previously said it has killed 387 Rohingya militants. Authorities say they have lost 15 security personnel since the August attacks.

“The unfortunate thing, the serious thing is that we can’t verify that now with no access.

“I think that it’s going to be one of the worst disasters that the world and Myanmar has seen in recent years.” 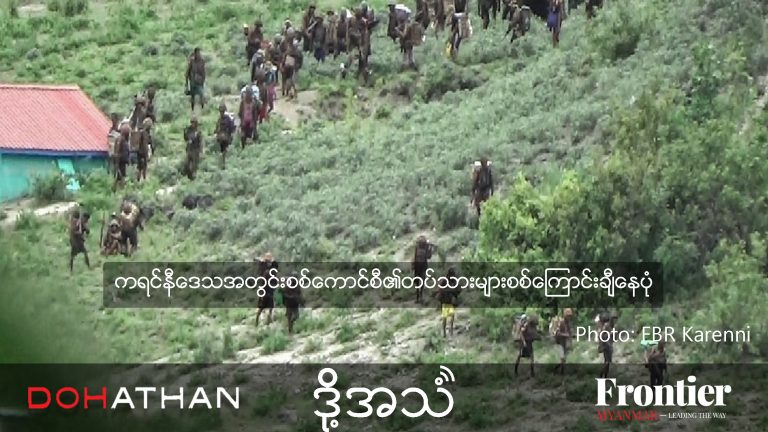 Reports from around Myanmar’s conflict areas have accused the military using local people as human shields.
BY Frontier