The event follows the formation of a committee last week to discuss amending the military-scripted constitution, an unprecedented move as debates over it are highly sensitive.

Authored by the junta in 2008, the charter allows the military control over security ministries, and gifts them with a quarter of parliamentary seats, effectively allowing them to veto any constitutional change proposed.

The committee’s formation, voted in by a parliament dominated by Aung San Suu Kyi’s National League for Democracy party, pits her in open opposition against the powerful army, with which she has been in an uneasy power-sharing agreement since the 2015 elections. 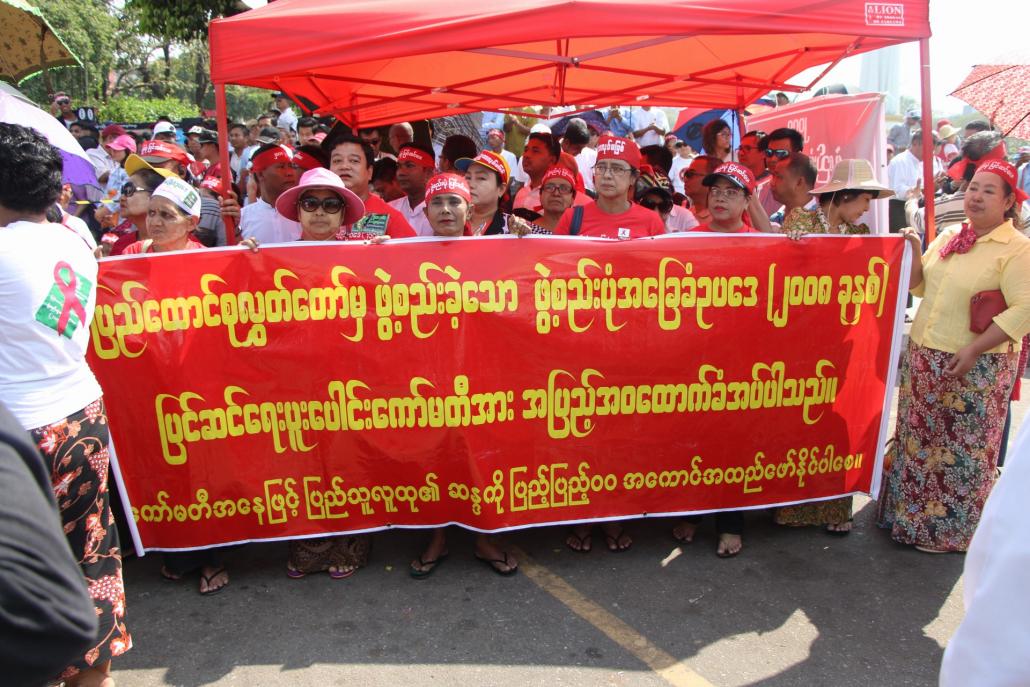 “We cannot accept the constitution as it was not written by the representatives of the people,” Ko Mya Aye, a prominent pro-democracy leader, told the crowd.

The intent of the charter was clear to attendants, as it also bans anyone married to a foreigner from becoming president, a clause analysts believe was aimed at Aung San Suu Kyi, whose late husband was British.

“The current constitution is for the junta to maintain power, and not allow the state counsellor [Aung San Suu Kyi] to be president,” said U Thein Myint Tun, 58.

However, he feared “it is too late” for the document to be changed with only a year until the next election.

Daw Than Than Win, 61, called it a “one-sided draft for the protection of the generals,” adding she was “very worried” about how the military would react.

Military officials over the weekend issued a sharp rebuke in a rare press conference after the committee was formed, saying they would oppose any changes to the “essence of the constitution”. 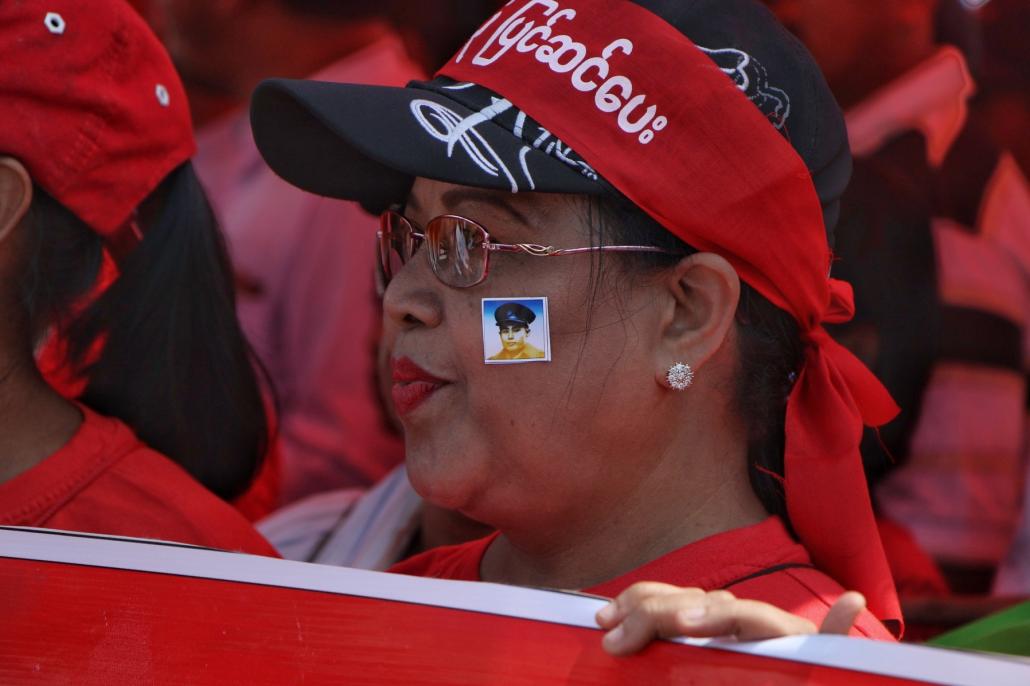 Academic Ms Melissa Crouch told AFP this “core essence” was always meant to include the military playing “a leading role” as it continues to fight ethnic armed groups in border regions.

“They have made very clear that until the ethnic armed organisations are no longer active, the military still sees it as a necessity to be involved,” said the associate law professor from University of New South Wales, an expert on the Myanmar constitution.

She added the NLD-majority committee should make the deliberation process “more transparent” and allow for public participation.

“This committee is not for NLD, not for the government, and not for the MPs in parliament, but for all the people of Myanmar,” the 46-year-old told AFP.