YANGON — Shouts reverberate under the concrete overpass as barefoot players jostle for the ball, a sad echo of Myanmar’s long-lost footballing glory days which authorities are now hoping to revive.

Once an Asian powerhouse, Myanmar’s football fortunes suffered a precipitous decline under the former military junta whose 50-year reign ravaged the economy and sporting infrastructure.

Myanmar won the 1966 and 1970 Asian Games and were crowned Southeast Asian champions five times in a row. But they are now wallowing at 159th in the FIFA rankings, much to the dismay of their long-suffering fans.

Ye Aung Oo, who plays under the Yangon overpass every night, says he hopes attempts to stimulate football at the grassroots level will help turn Myanmar’s passion into prowess on the pitch.

“I have loved playing football since I was young and I wanted to play professionally,” said the 20-year-old computer technician.

He admits that the national team “needs a lot” of work, but adds: “I hope that with time we will be successful, now that more support is being developed.”

Hopes of a rebirth are now growing with FIFA president Gianni Infantino set to open a new academy in Yangon on Friday, part of a push to reinvigorate grassroots football.

The British Council has also brought in experts from English Premier League clubs including Arsenal, Newcastle United and Everton to teach dozens of coaches.

The Myanmar Football Federation is training 50 young players to take part in the ASEAN under-18 competition to be held September, and another pan-Asian competition the following month.

And the body is extending its scouting network to 52 towns and cities to find more young talent for its football academies.

But in Myanmar, “the MFF has to dig to the grassroots, open football training classes and run academies. This is very different.”

Myanmar’s “golden age” of the 1960s and 70s, which also included a berth at the 1972 Munich Olympics, still evokes nostalgia among fans and players.

“We were very good at football at that time and went to (South) Korea,” said 71-year-old former defender Myo Win Nyunt, describing the 1972 President’s Cup.

“We beat them at home and became the champions. That was my greatest memory as we did it for our country,” he told AFP at his home, surrounded by trophies from a bygone era. 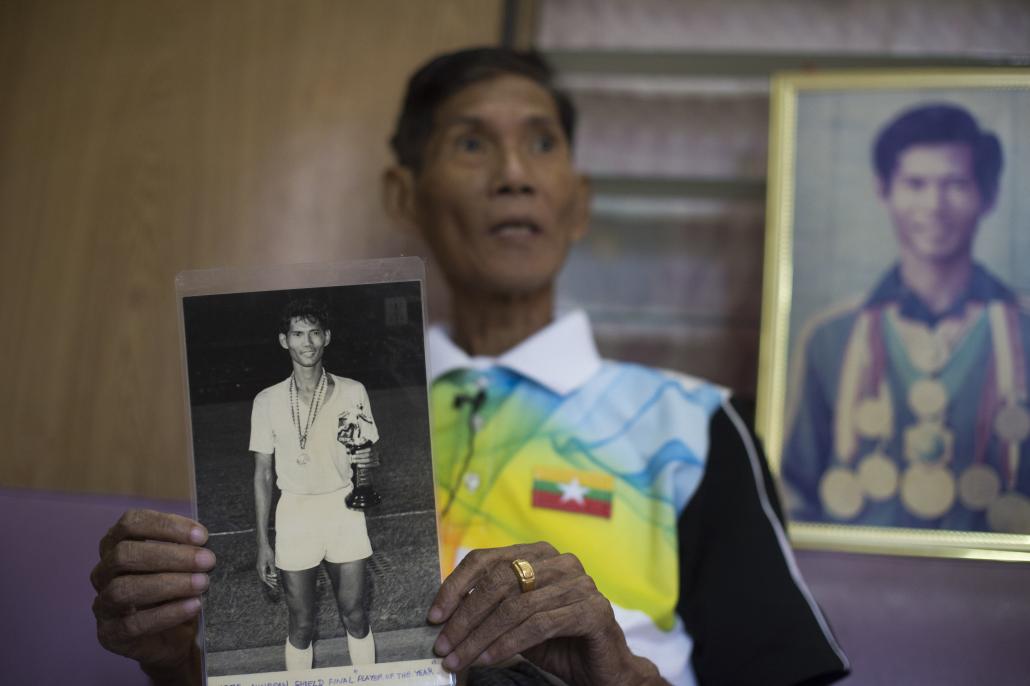 But the glory of Myanmar’s national team, the White Angels, faded as the junta’s stranglehold on the economy tightened.

Amidst the decline, former military leader Than Shwe considered buying Manchester United for $1 billion before shelving the idea, according to leaked US diplomatic cables from 2009.

Football fans are more likely to be found watching Arsenal or Chelsea in a street corner beer station than attending domestic matches, or playing themselves.

Many blame the dearth of green spaces in cities like Yangon, which have been eaten up by the housing developments that have mushroomed as the economy fires back to life as Myanmar reopens to the outside world.

Others bemoan a lack of sport in schools, academic pressure on students, and a shortage of well-qualified scouts to seek out new talent.

“There were many playgrounds to play football in Yangon (when I was young) and now there are none,” said prominent sports journalist Sein Myo Myint.

“Students have to have extra tuition before school and again after school, so they have no time to go to the football pitch.”