SHWEGYIN — Floods across Myanmar have forced tens of thousands of people from their homes in recent weeks, officials said Thursday, as monsoon rains pummel the nation.

Aerial images from Shwegyin Township in Bago region showed how the area had become a vast lake of water.

Only the rooftops could be seen of many homes lining the Sittaung River.

Emergency services have been helping bring people to dry ground, many seeking shelter in local monasteries.

Others waded through waist-deep floodwaters or rowed on wooden boats with pets and any belongings they could take with them.

U Than Aye, 42, who has diabetes and is partially-sighted, struggled to escape the deluge.

“I could not do anything when the flooding started but then the fire service came to rescue me by boat,” he told AFP from the safety of the monastery that has been his home for the last five days.

The most severe flooding is currently in eastern Bago Region and Mon and Karen states, according to the social welfare ministry.

“There are currently over 30,000 people [across the country] displaced by floods,” said director general of disaster management U Ko Ko Naing.

The UN Office for the Coordination of Humanitarian Affairs (OCHA) estimates around 89,000 people have been displaced in recent weeks, although many have since been able to return home. 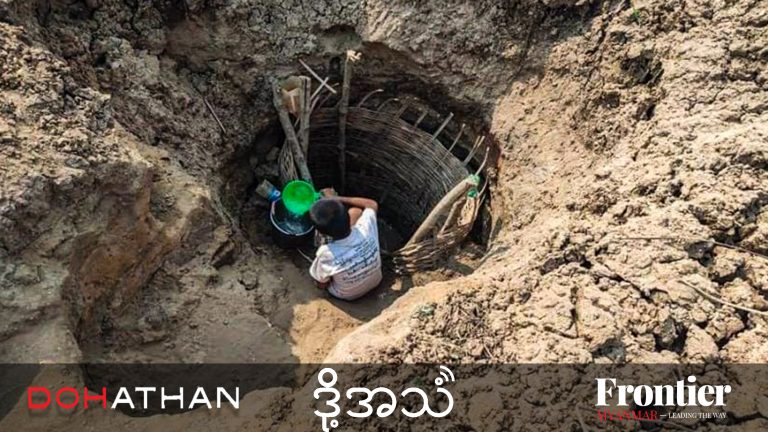