Myanmar 101: The life and legacy of Bogyoke Aung San

A brief history of Burma’s path from colonial rule to independence and the life and untimely death of its most celebrated hero.

THE LEGACY of Bogyoke Aung San transcends political and social lines, and he is the closest figure modern Myanmar has to a founding father.

Yet during his lifetime, the nationalist icon was a communist, a fascist and an anti-fascist, at times railing against the colonial government and at others taking up arms alongside British soldiers.

In the end, he was loyal to nothing and no one apart from a single-minded, immovable dream of an independent Burma.

Aung San was born in a village in Magway Region in 1915, with the given name Htein Lin.

His father, a lawyer, provided a comfortable but unremarkable middle class upbringing and an education that enabled the young man to attend Rangoon University, where his introspective and solitary demeanour was said to have been offset by an unusual charisma and charm.

Aung San, as he came to be called, at once became a strong voice within a student movement that was clamouring for independence. He joined the Rangoon University Students Union and edited its magazine. Aung San and his colleague, the future prime minister U Nu, were threatened with expulsion after the magazine published an anti-British column.

University officials backed down amid a student boycott, and Aung San’s career as a nationalist leader continued to bloom. In 1938, he joined the radical anti-colonial organisation Dobama Asiayone, the “We Burmans Association”, whose members derisively adopted the title thakin, an honorific formerly reserved for Europeans.

Thakin Aung San spent the next few years forging links between various nationalist groups. He helped found the Communist Party of Burma and then the People’s Revolutionary Party, and was a key instigator of the wave of nationwide strikes and protests that characterised the late 1930s.

As the demonstrations grew more frequent, the British response grew more brutal, and there was little of the bubbling unrest that could not be traced to the young Aung San. Finally, suspecting the Dobama Asiayone of plotting a revolt, the colonial police issued a warrant for Aung San’s arrest.

By driving Aung San into exile, the British delivered a dangerous political weapon into the hands of the Japanese.

In August 1940, Japan contacted Aung San in China, took him to Tokyo and began grooming him to be – they hoped – a puppet leader.

Aung San fully embraced the Japanese vision for him and the independent Burma they promised to help him achieve, and he began learning Japanese and espousing fascist rhetoric.

In February 1941, he snuck back to Rangoon before returning to Japan with a group of trusted young associates – among them the future dictator Ne Win – who became famous as the “Thirty Comrades”. They underwent rigorous training on Hainan Island, then occupied by Japan. On the eve of the invasion of Burma by the Japanese, the Thirty Comrades were positioned to lead the new Burmese Independence Army.

So it was that Aung San, under the nom de guerre Bo Teza (“General Fire”), and the Thirty Comrades marched beside the Japanese Imperial Army as it drove the British and their allies out of his homeland. Rangoon fell in March 1942.

In 1943, the Japanese declared Burma an independent nation. Aung San was appointed Minister of War and with the rank of Bogyoke, or major-general, headed the newly-restructured Burma Defence Army (the position of head of state went to pre-war activist Dr Ba Maw).

But the “independence” was clearly a sham. The Japanese occupation was utterly brutal for the Myanmar people, and utterly disillusioning for the Bogyoke.

In 1944, the former Japanophile founded the underground Anti-Fascist Organisation and began colluding with the Allies, who had launched a series of offensives late that year to reoccupy Burma.

On March 27, 1945 – a date celebrated as Armed Forces Day – Aung San marched the BDA out of Rangoon under the pretence of engaging the approaching British, only to turn its guns on the Japanese.

The contribution of the BDA’s support for the Allied reoccupation is debatable, but Aung San’s intention was always to put the AFO in a position to secure the country’s independence.

When peace settled over a war-ravaged Burma after the Japanese surrender in August 1945, Aung San, his party and his army were ready to face their former rulers in a new, political battlefield.

The last gasp of colonialism

In 1945, the pre-war Governor of Burma, Sir Reginald Dorman-Smith, was reinstated and returned to Rangoon with an official White Paper outlining a plan that would end in the nation’s independence – eventually.

Under the British plan, elections to establish Burma as a self-governing member of the British Commonwealth would follow a long period of reconstruction and political re-organisation. In the short term, Burma would get a multi-party Executive Council appointed by the governor.

But years of war and political chaos had left Aung San, his Anti-Fascist People’s Freedom League (the successor of the AFO) and their sympathisers with little patience for the trappings of colonialism.

They held more political cards than the British and they knew it. Burma spent 1946 on the edge of an all-out revolution as Aung San squared off against Dorman-Smith. He snubbed Dorman-Smith’s attempts at compromise, stirred up popular vitriol against the British crown and even started his own paramilitary group, the People’s Volunteer Organisation.

In March 1946, one of the Thirty Comrades publicly accused Aung San of being involved in the cold-blooded execution in 1942 of a village headman suspected of working with the Allies during the Japanese invasion.

Aung San did not deny the charge of murder. But the accusation backed the British into a corner: If they arrested Aung San it could lead to an uprising but if they declined to take action it would show that they had finally run out of cards to play. 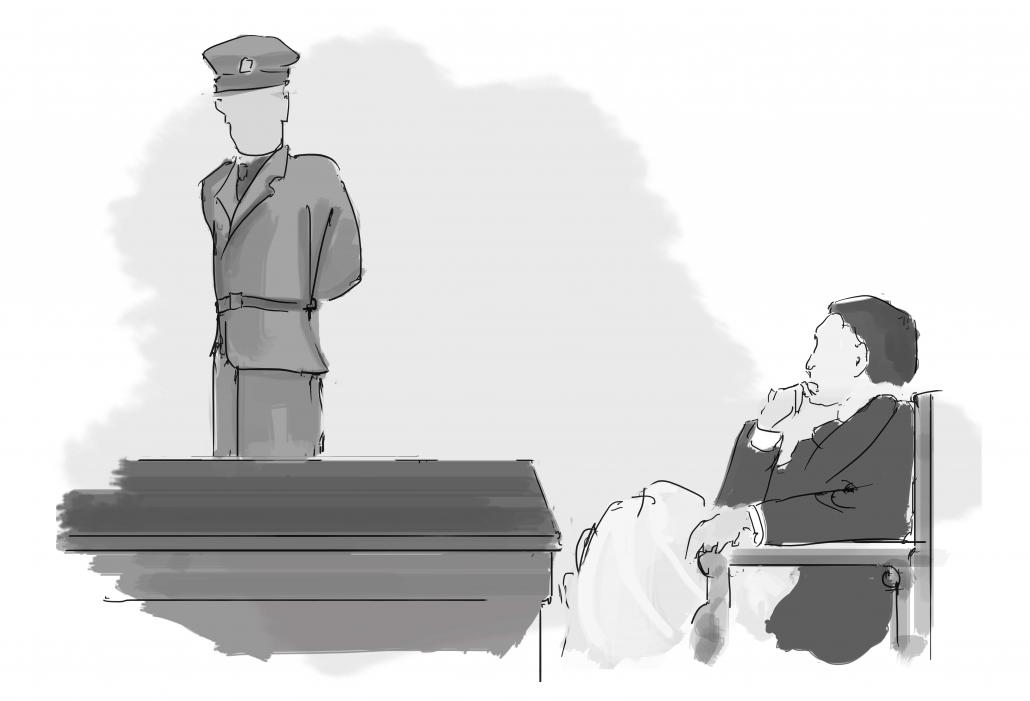 The British had, indeed, played their last card. Bloody post-war uprisings were occurring throughout the empire and London did not have the stomach for another one in Burma.

Dorman-Smith was dismissed. Facing the threat of a national strike, Britain struck a deal for full independence within a year. Aung San travelled to London and on January 27, 1947, signed the agreement with Prime Minister Clement Attlee. Aung San was to be the prime minister of an elected constituent assembly.

Elections for the assembly were held in April; the AFPFL won 196 of 202 seats.

Aung San had stared down the British but he was far from the only political player in Burma. Many ethnic factions and formerly exiled politicians had sacrificed everything to stay loyal to the British during the war, and they also wanted seats at the new table.

But others were reluctant to cooperate, especially the Karen, who had boycotted the April election. Many groups had remained loyal to the British as the BIA marched with the Japanese and the fighting had left a legacy of tense relations with the majority Bamar.

But perhaps Aung San’s fiercest nemesis was conservative pre-war prime minister U Saw, who had always been a staunch opponent of the AFPFL. However, his animosity turned to utter hatred when gunmen – whom U Saw suspected to be acting at the behest of Aung San – attacked his car. The bullets missed U Saw, but they shattered the windows and flying shards of glass badly injured his face.

It was U Saw’s men who stormed the Secretariat in downtown Rangoon on July 19, 1947 and gunned down Aung San, six members of the Executive Council, a cabinet secretary and a bodyguard. The infamous event has been remembered since as Martyrcs’ Day.

Aung San was just 32 when he died, a mere six months before Burma finally became independent, on January 4, 1948.

Aung San’s unwavering will made him a hero of the campaign for independence and, in a role cut tragically short, the leader of the first Burmese government since the end of the Third Anglo-Burmese War in 1885. However, he also left behind a nation deeply divided, with political and ethnic factions feeling bullied, ignored or betrayed.

Whether his uncommon intelligence, charisma and courage could have spared Burma decades of tyranny and civil war is impossible to say. But the legacy of Aung San, at least, has been a rare constant in a century of mingled strife and peace.