YANGON — A government minister has defended State Counsellor Daw Aung San Suu Kyi’s silence amid a global outcry over the jailing of two Reuters reporters, saying she was reluctant to criticise the judiciary.

They were arrested last December while investigating the massacre of Rohingya Muslims in northern Rakhine State during a brutal Tatmadaw operation launched after attacks by Islamic extremists. The operation sent about 700,000 Rohingya fleeing across the border to Bangladesh.

A report by a UN fact-finding mission last week accused Aung San Suu Kyi of failing to use her moral authority to stem the violence in Rakhine and called for senior Tatmadaw officers to be investigated for crimes against humanity and genocide.

The State Counsellor’s silence on the verdict against the two reporters, widely seen as a further setback for media freedom in Myanmar, has shredded her reputation even further, AFP said.

The Deputy Minister of Information, U Aung Hla Tun, a former Reuters journalist, defended the reticence of the Nobel peace prize winner, who spent a total of 15 years under arrest for opposing military rule.

“Criticising the judicial system would be tantamount to contempt of court,” Aung Hla Tun told AFP. “I don’t think she will do it.”

A whistleblowing policeman had corroborated the defence argument that the reporters had been entrapped by police, who handed them documents over dinner shortly before their arrest.

But the judge chose to ignore the testimony.

Lawyers for the pair plan to lodge an appeal against the verdict although the lengthy process could take months, if not years.

President U Win Myint, a close ally of the State Counsellor, could also pardon the reporters but analysts say any immediate intervention is unlikely.
In April, 8,500 inmates were released under an amnesty, including 36 deemed to be political prisoners.

Former supporters of Aung San Suu Kyi have been dismayed by her attitude towards the case against the two journalists.

Her only public comment during the court case, when she told Japanese broadcaster NHK that the pair had broken the Official Secrets Act, was criticized by rights groups for potentially prejudicing the verdict.

US diplomat Bill Richardson, a former confidant who dramatically resigned from her advisory board on the Rohingya crisis, alleged she also denounced the two reporters as traitors during a heated exchange early this year.

Although the case has caused dismay in western countries, it has attracted little public attention domestically despite its implications for media freedom.

Response to the sentence was mixed.

State-backed media barely mentioned the verdict on September 4 although private-sector newspapers expressed solidarity with the reporters.

Popular Burmese-language daily 7Day News branded it a “sad day” for Myanmar and carried a large black rectangle on its front page.

The English version of the Myanmar Times ran a full front-page photo of Kyaw Soe Oo, calling the verdict “a blow to press freedom”, although its Myanmar-language sister paper was more muted, simply urging the overhaul of obsolete laws.

On Facebook – the prime source of news for many in Myanmar – comments were overwhelmingly stacked against the reporters, accusing them of bias and some even calling for a harsher sentence.

Offline, in central Yangon, sympathy was easier to find.

“I feel sorry for the journalists,” businessperson U Thet Aung Htike told AFP. “I hope the president will give them an amnesty.” 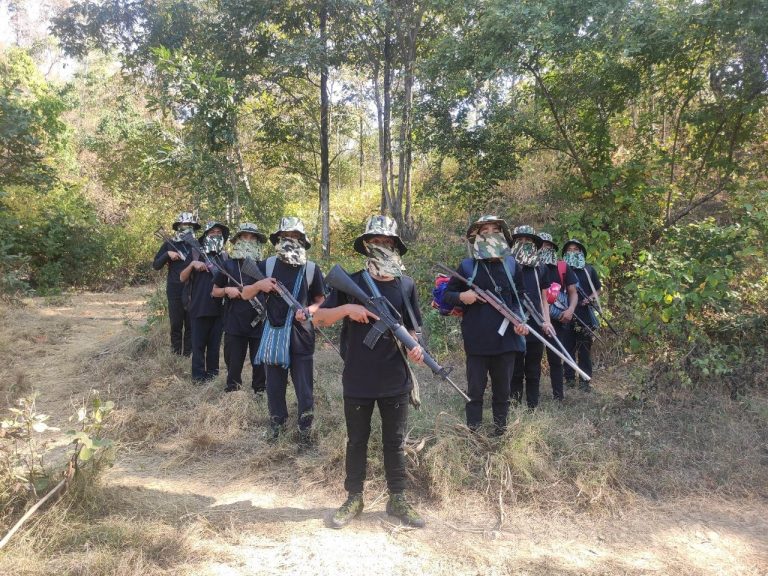