YANGON — A Mon State widow who threw boiling water on a 14-year-old servant leaving her with horrific burns has been jailed for seven years, a rare flicker of justice for the country’s legion of child domestic workers.

Aye Aye Soe was arrested late last year for pouring two flasks of boiling water on the girl — one for each orange she was accused of stealing.

The attack left her victim, Khin Khin Tun, with severe burns across her back.

The widow was also accused of routine physical abuse of Khin Khin Tun’s younger sister, who also worked for her.

The sisters were among tens of thousands of youngsters who support their families through domestic work for the growing urban elite in Myanmar’s booming cities.

But invisible and without any legal protection, they are vulnerable to exploitation and abuse.

“The judgment was suitable and fair under the powers of the court,” lawyer Yin Min San said, explaining tougher child abuse and trafficking charges were not brought limiting the judge’s sentencing powers.

In February this year, AFP reporters visited Khin Khin Tun, who showed the extensive burns to her body, explaining she was abused over three years as a virtual slave for Aye Aye Soe.

The sisters were frequently accused of stealing, beaten with burning wood and forced to hit each other until they bled.

The sentence was met with anger from the local activist who uncovered the abuse.

“Our concern is that the defendant will be free within the next six years and she could make trouble for the the victims again … the defendant is powerful here.”

The issue of abuse of child servants came to light last year when two teenage domestic helpers were freed from a tailor shop in Yangon, where they said they spent five years being beaten, stabbed and deprived of sleep and food. 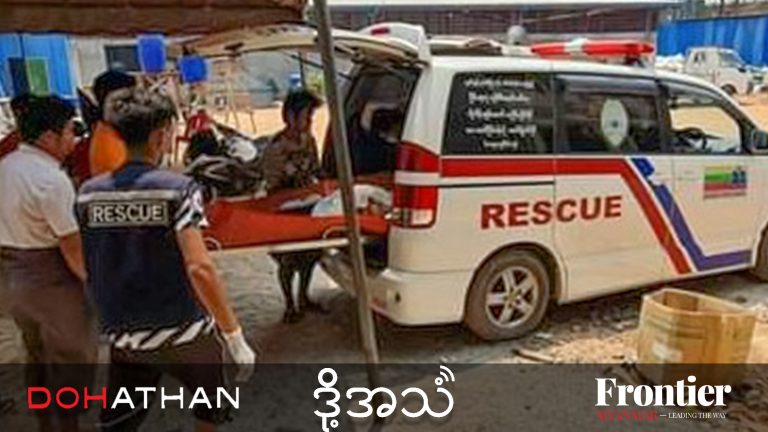 This week, we talk to rescue workers and locals in Mon State about the threats faced by those who are trying to help others.
BY Frontier