The Muslim community outside Rakhine State has reacted with understandable concern over recent events in Maungdaw, but many discount government claims of ‘terrorist’ involvement.

MEMBERS OF the Muslim community have expressed concern and apprehension over possible repercussions from the situation in northern Rakhine State following the deadly coordinated attacks by militants on Border Guard Police posts on October 9.

Some have criticised the militants for launching the attacks and seizing arms and ammunition while at the same time discounting government claims that those involved, who were armed with swords and sticks, were “terrorists”.

As the security operation led by the Tatmadaw continues in Maungdaw Township and the death toll rises, the closure of the area to independent observers and an absence of accurate information have exacerbated the situation by fuelling rumours that have heightened communal tensions.

The conflict in Maungdaw differs sharply from the unrest in Rakhine in 2012 and 2014 because then it involved violence between the ethnic Rakhine and Muslim communities; in contrast, the fighting in Maungdaw has involved encounters between the security forces and militants.

All of the attacks by militants have targeted Tatmadaw and Border Guard Police forces. 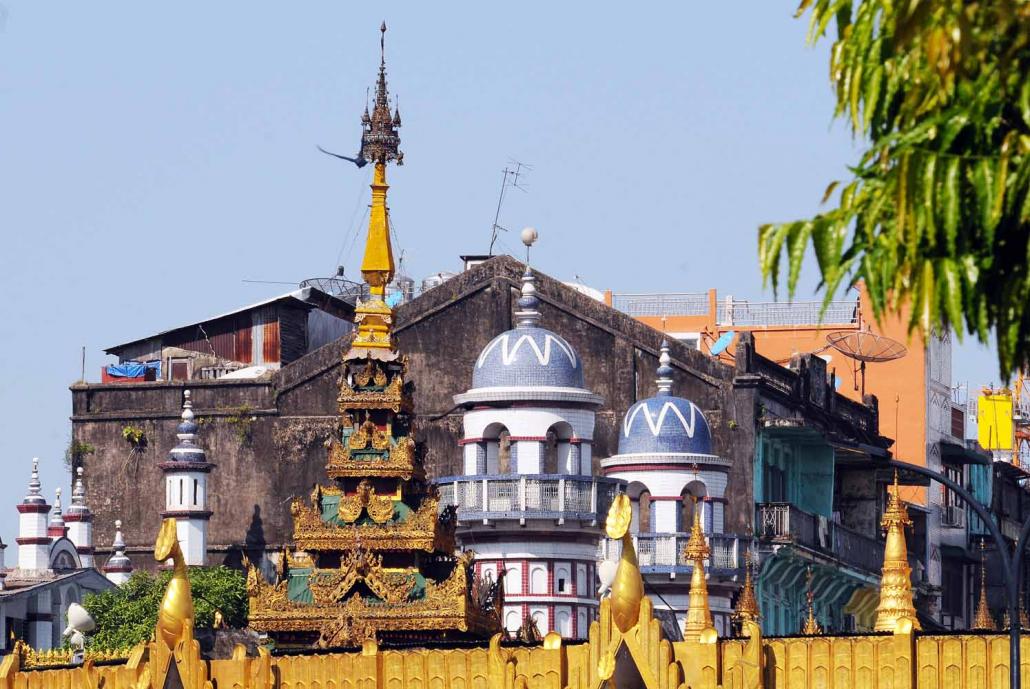 A mosque and a pagoda stand side by side in downtown Yangon. (Steve Tickner / Frontier)

Muslims who identify as Rohingya easily comprise the majority of the population in Maungdaw Township, followed by a small number of Hindus and ethnic Rakhine.

Some members of the Muslim community outside Rakhine have raised doubts about the militants being labelled by the government as “terrorists”.

“It’s hard to tell if they are terrorists,” U Wunna Shwe, joint secretary of the Yangon-based Islamic Religious Affairs Council, told Frontier.

A statement from the President’s Office on October 14 said the October 9 attacks were carried out by a group called the Aqa Mul Mujahadin, which was said to be headed by man named “Havistoohar”, from Maungdaw.

A statement released by the President’s Office four days later quoted suspects detained over the attacks as saying they were led by a man linked to the Rohingya Solidarity Organisation who had undergone six months’ training with the Pakistan Taliban. The RSO was active in the 1980s and 1990s but many analysts believe it is defunct.

Wunna Shwe said it was likely that some Muslim villagers in Maungdaw had become angry with the government and the authorities and had lost faith in the rule of law.

“There are likely to be some in the villages who are entitled to receive citizens’ rights; some have been living in the area for generations,” he said.

Referring to government statements about suspected militants being arrested because they were apprehended with long swords, Wunna Shwe discounted the likelihood that people armed with such weapons were “terrorists”, who he said were more likely to use modern equipment. 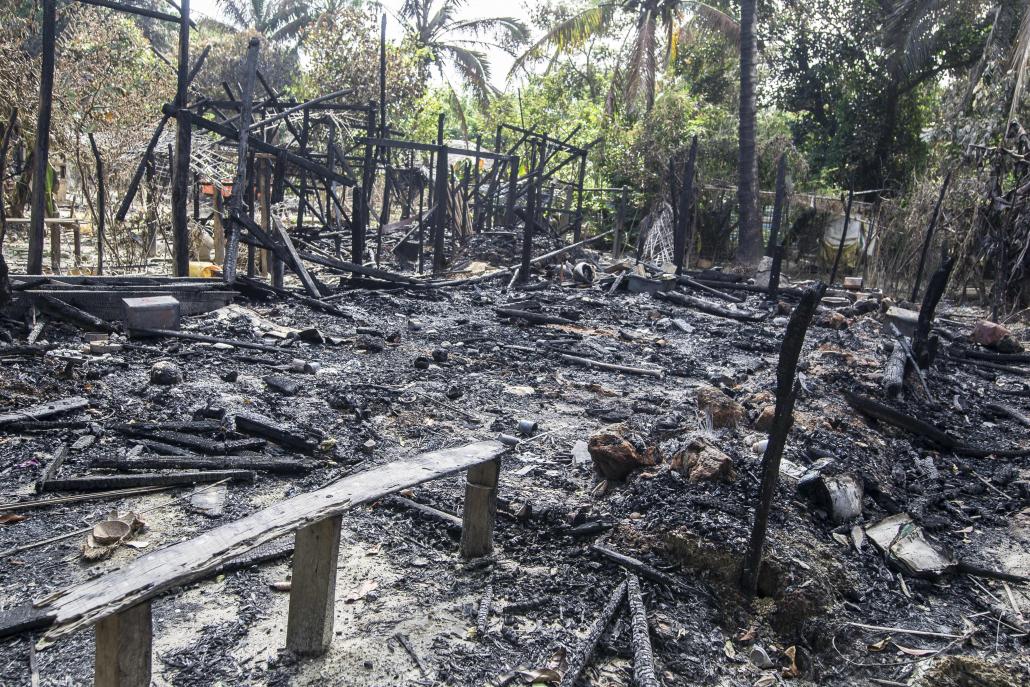 On November 17, the government said troops had discovered an improvised explosive device planted on the road linking Maungdaw town with Zinpaingnya and Ngakhuya villages the previous day.

According to the information from the government, a land mine was used in the October 9 attacks. The security forces also say they have seized some of the arms and ammunition taken from Border Guard Police in the original attacks.

Muslim civil society groups issued a statement on October 12 that denounced the attacks, expressed condolences for the nine Border Guard Police who died and said they stood behind the government and the people.

However, Ma Darli Myint, 34, a founder of one of the groups, Social Alliances, told Frontier that it was not clear who was responsible for attacks.

“I doubt whether villagers would dare to carry out such attacks,” Darli Myint said.

“There should be an investigation into who was really involved. As Myanmar has special police forces and a Special Branch, they should reveal the real attackers.”

Referring to the arrests of hundreds of suspects in the wake of the attacks, Darli ry Muslim there [in Maungdaw] is a terrorist.”

Mandalay-based Muslim activist Ko Harry, who is involved in promoting interfaith understanding, also sharply criticised those behind the attacks.

“It is a response to the trauma of the peopaw] but the use of weapons is bad, it’s wrong,” Harry told Frontier.

“If that kind of ideology takes root in the people’s mindset, the whole state will probably be in trouble,” he said.

Many members of the Muslim community outside Rakhine have said the government’s first priority should be to restore law and order in Maungdaw and then grant citizenship to those who are eligible.

“We cannot stand blindly on the side of the wrong just because of common faith,” said Wunna Shwe.

In Chin State's Mindat, fighting has displaced thousands of people and aid from both international agencies and local charities is not getting through.
BY Frontier