The government and the World Health Organization are collaborating on a project that aims to cut the number of accidents – and deaths – on one of the country’s most notorious roads.

IN JUNE 2013, Mr Christopher Lavender was travelling with colleagues from Nay Pyi Taw to Yangon by car.

“I later learned that the road we were travelling on is referred to as ‘Death Highway’, although of course I didn’t know that at the time,” Lavender told Frontier.

Lavender was sitting in the back of the car with a Myanmar colleague, and his friend, Mr Peter Gautschi, was in the front next to the driver.

“We were talking when I noticed that we were approaching the car in front very quickly. Peter saw it too and alerted the driver,” said Lavender. He added that the driver had not been drinking, but seemed to be in some sort of “trance”.

Realising the danger at the last moment, the driver swerved off the road and drove into a ditch, where the car flipped over. Gautschi suffered a broken neck and died on the spot. The car they were overtaking also rolled over and two passengers were killed.

Since its official opening in December 2010, the 586-kilometre (364-mile) tollway linking Yangon and Mandalay via Nay Pyi Taw has developed a reputation as the most dangerous highway in Myanmar. The World Health Organization estimates there have been about 400 deaths on the road in the past three years. A WHO study said 453 accidents were reported on the road in 2015, up from 259 in 2013.

Road safety is a serious – and growing – concern in Myanmar. A 2015 WHO report said Myanmar had the second-worst road accident fatality rate in its 11-country Southeast Asia region, after Thailand. The rate in Myanmar, based on data from 2013 when WHO estimated more than 10,000 people died on the country’s roads, was 20.3 road traffic deaths per 100,000 people. The rate in Thailand was 36.2 deaths for every 100,000; the regional average was 17.0. 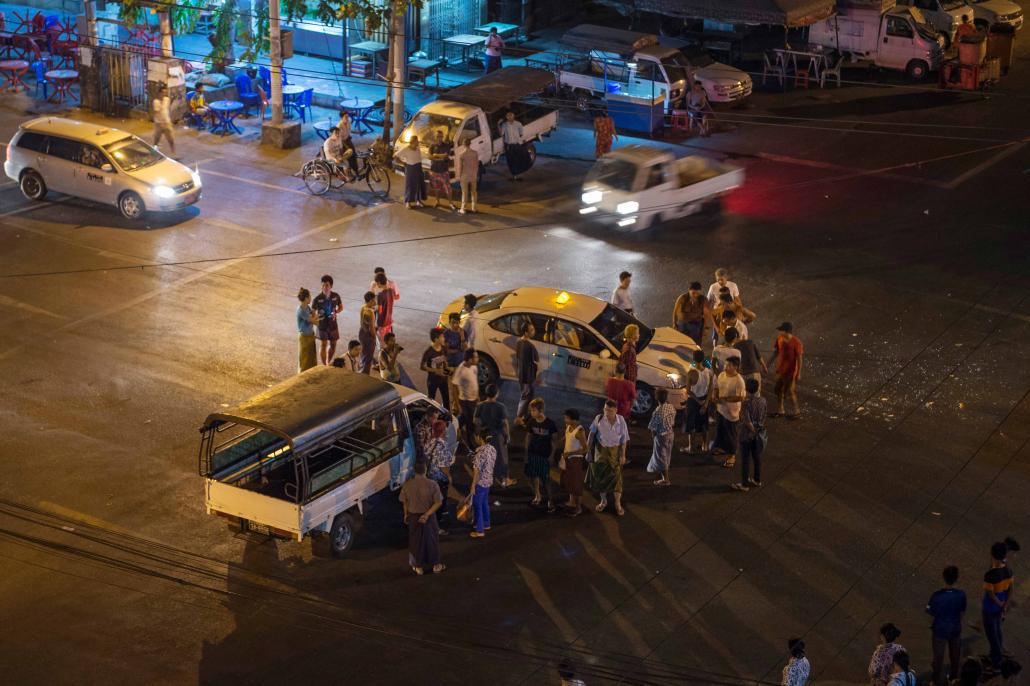 A WHO spokesperson told Frontier that road accidents were becoming a “very serious public health problem” in Myanmar.

Growth in car use under the previous government – 400,000 cars were imported over the course of five years – has only “exacerbated the problem”, said Ms Zita Schellekens, director of corporate relations at APB Alliance Brewery Company, which is working with the government on a road safety campaign.

“A lack of knowledge on traffic rules and safe behaviour has only made this worse,” she said.

APB ABC is focusing its campaign on what it believes are the seven most important road safety issues: not wearing a seatbelt, using a phone while driving, speeding, driving while under the influence of alcohol, failing to pay attention to pedestrians, overloading vehicles and motorcyclists not wearing helmets. It will host a policy conference in Nay Pyi Taw in September to draw further attention to the issues.

A country profile of Myanmar in WHO’s 2015 report noted that it lacked national laws requiring the use of seat belts and child restraints, and banning the use of mobile phones or illegal drugs while driving. A 2010 WHO country profile ranked Myanmar five out of 10 for enforcing speed limits and drink-driving laws.

Although road safety is a national issue, some of the worst – and most high-profile –crashes occur on the Yangon-Mandalay Highway.

In 2014, Mr David Smith, a television executive working in Yangon was travelling along the highway to Nay Pyi Taw when a buffalo roamed in front of the car he was travelling in.

“We missed the thing by inches,” said Smith, who was in the back seat on the right-hand side. “I’m not sure we’d have had much chance up against a one tonne buffalo travelling at such a high speed.”

Recognising the dangers on the highway, the Ministry of Health and Sports and WHO have launched a project to assess and identify the key road safety issues on the highway.

“This multi-sector project is focusing on the expressway as a starting point, with the aim to develop policy recommendations and actions that will serve as a pilot project for a larger scale intervention in the future,” said the WHO spokesperson.

Lavender says one of the main reasons the highway is dangerous is because drivers lose concentration on its long, straight sections.