YANGON — Senior Ma Ba Tha members have demanded a total apology from the government’s two most senior leaders over comments made by the Yangon Region chief minister, in the latest fracas between the Buddhist nationalist movement and the National League for Democracy.

At an emergency meeting held on Thursday at the Insein Ywama Monastery, Ma Ba Tha’s Yangon headquarters, the association’s leaders said they would seek an apology from State Counsellor Daw Aung San Suu Kyi and President U Htin Kyaw for comments made by Phyo Min Thein during a trip to Singapore.

Phyo Min Thein had told an audience of expatriate Myanmar nationals over the weekend that groups such as Ma Ba Tha were “not necessary” as the government-backed State Sangha Mahayanaka Committee already administered Buddhist orders in Myanmar, comments he repeated at Yangon Airport on Wednesday after his return home.

Speaking to reporters after the meeting concluded, outspoken Ma Ba Tha leadership committee member U Wirathu said that if no apology from the country’s senior civilian politicians was forthcoming by July 14, his association would “prepare for a nationwide protest”. 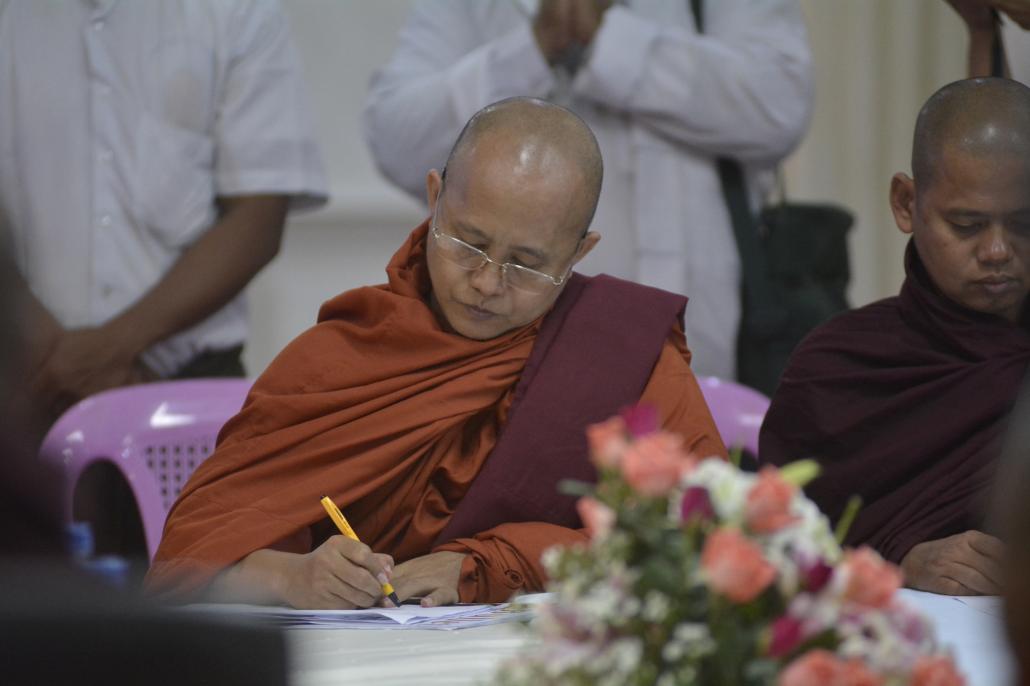 He added that Ma Ba Tha would also petition for Phyo Min Thein’s recall from the Yangon region assembly.

U Nyan Win, a party spokesman for the NLD, said that no decision had been made about how to respond to the threat.

“We don’t know what the exact words of Phyo Min Thein about Ma Ba Tha and the NLD have not made a decision about that,” he told Frontier.