Life on the Laiza front

Fears over the growing Tatmadaw presence have some residents preparing to flee Laiza at short notice, but otherwise life goes on much as normal in the KIO headquarters.

DURING a visit to the country in January, Ms Yanghee Lee, the United Nations special rapporteur on human rights in Myanmar, made a request to visit Laiza, the headquarters of the Kachin Independence Organisation.

Her request to visit the town, on the Chinese border in southeast Kachin State, was denied on security grounds.

Had the visit gone ahead Lee would have found – on the surface at least – a typical Kachin town. Residents zip about on China-made motorbikes, children stroll through the streets each morning and afternoon on their way to and from school, and the roadside restaurants are filled with residents enjoying bowls of steaming noodles. 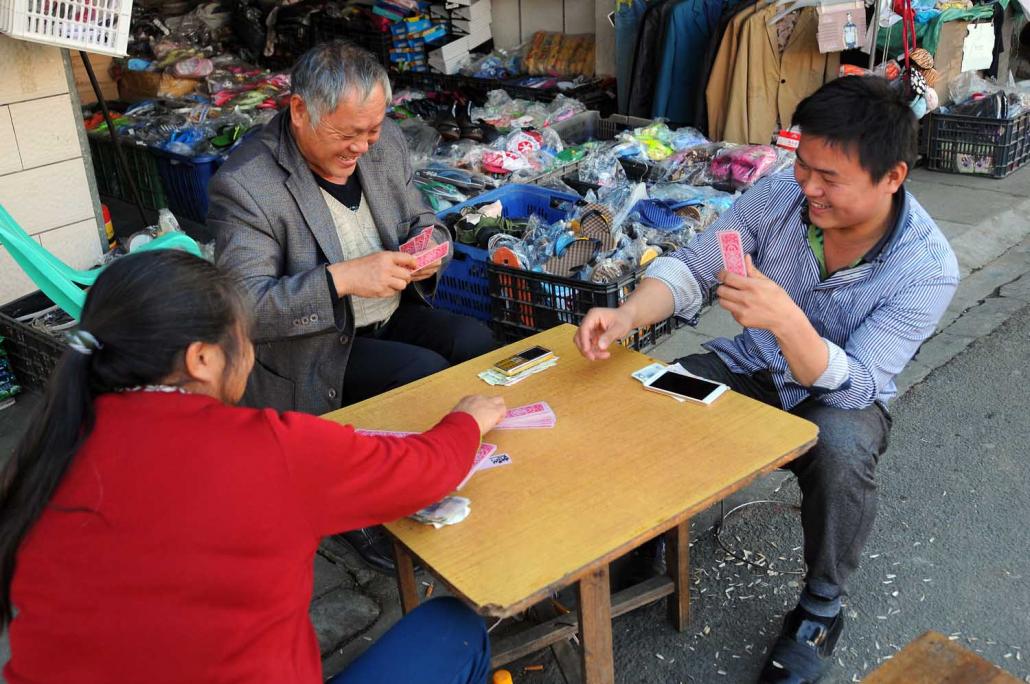 The calm mountain air is only occasionally punctuated by the sound of gunfire and mortar shells from the surrounding mountains, where the Tatmadaw and the Kachin Independence Army, the armed wing of the KIO, fight for key positions.

It’s a battle the Tatmadaw, with its huge advantage in both weaponry and manpower, appears to be winning. It has captured five KIA outposts within the past two months, most notably the strategically important Gidon outpost, which fell on December 16 after four months of heavy fighting. 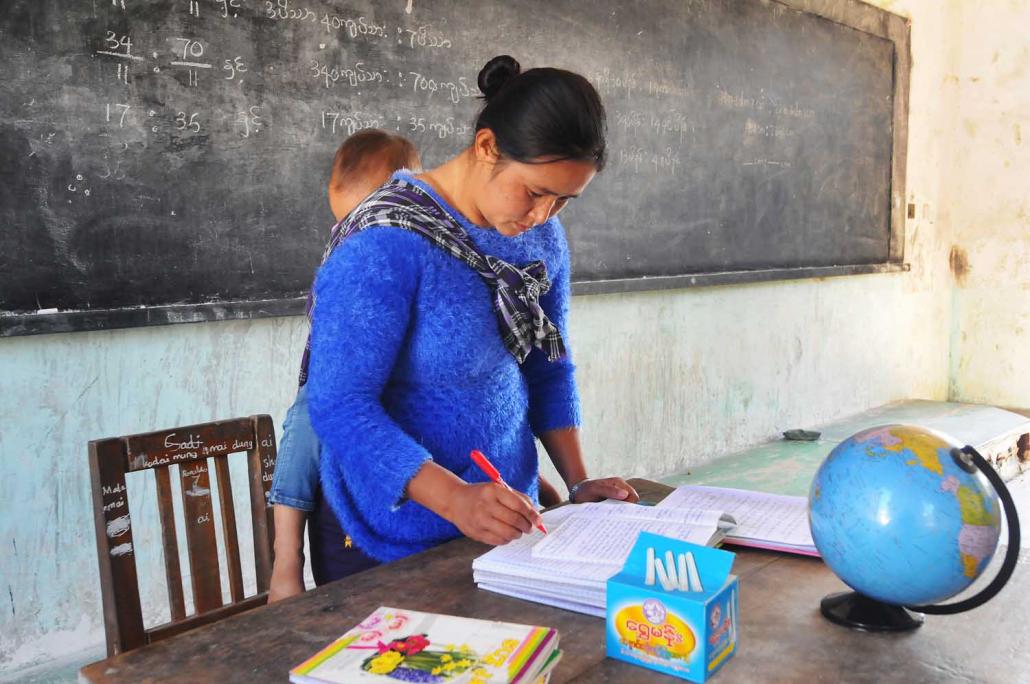 A teacher prepares for class at a school in Laiza with her young son strapped to her back. The Kachin Independence Organisation provides free education and healthcare to the town’s residents. (Steve Tickner | Frontier)

As the Tatmadaw edges closer to Laiza, there is growing concern among residents that it could eventually take control of the town.

Laiza was just another Kachin State border village until 1994, when the KIO signed a ceasefire agreement with the then-military government and moved its headquarters from Pajau.

The KIO gradually took root in Laiza and it grew into a bustling town; for many Kachin people, it has also become an important symbol of resistance against the Bamar-majority government. 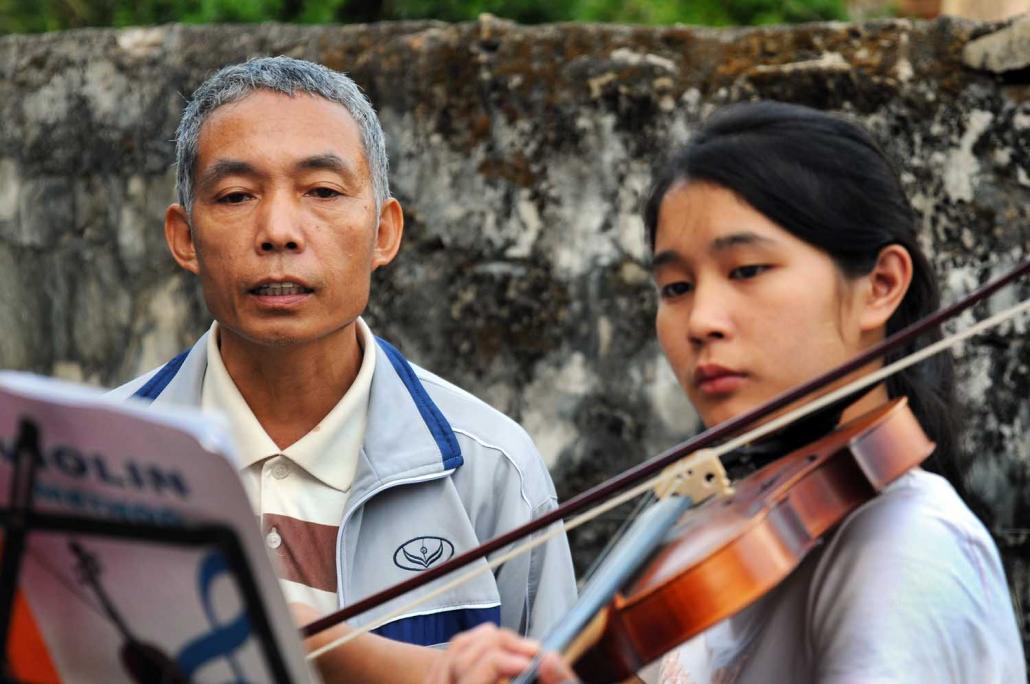 It’s an important point of trade, too. The once-thriving casinos had disappeared by 2013 and the trade of goods has also slowed somewhat, but the economy in Laiza remains an important source of funds for the KIO. The group is responsible for administrative duties ranging from tax collection and policing to providing vehicle registration and drivers’ licences.

The KIO also provides hospital and school services free of charge. The schools teach predominately in the Kachin language, but classes are also conducted in English and Burmese. 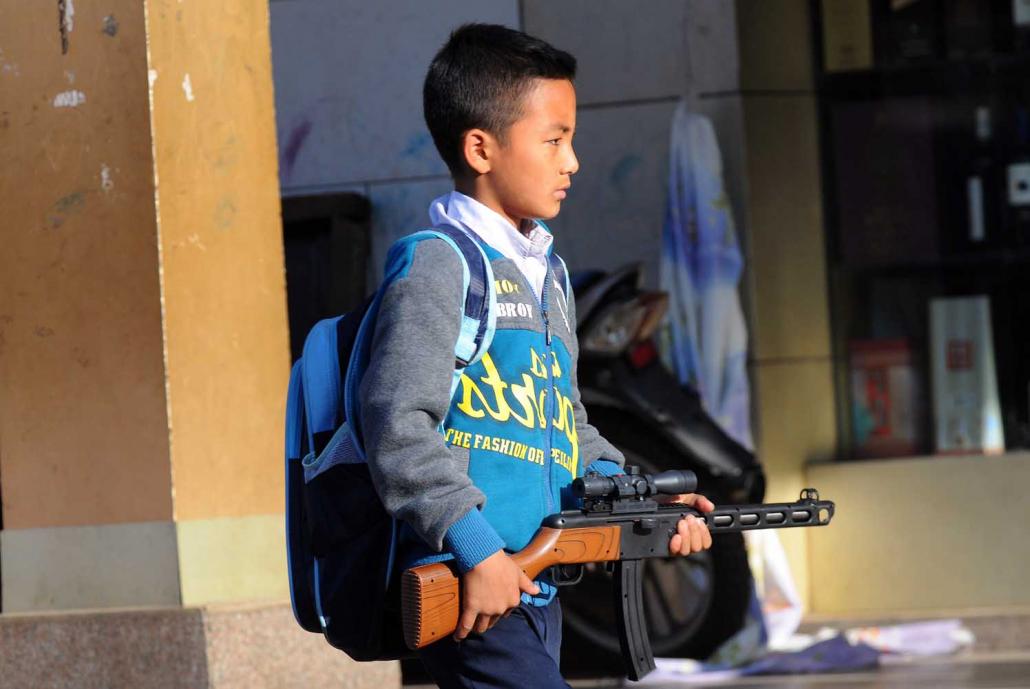 There is a daily waste collection service, and power is supplied 24 hours a day by a Chinese-manufactured 4 megawatt hydropower plant on a small river a few kilometres south of the town.

‘I wish I could do more’

Gam Aung, 52, was born in Kutkai, northern Shan State, but moved to Laiza in 2004 for work. An avid music fan, in 2007 he opened a music school, New Heart Music Violin Class, where he also teaches students to learn flute and other instruments.

Class sizes typically fluctuate between 20 and 30 students, he said, but the recent fighting around Laiza has made it difficult for many to travel into town from nearby villages. 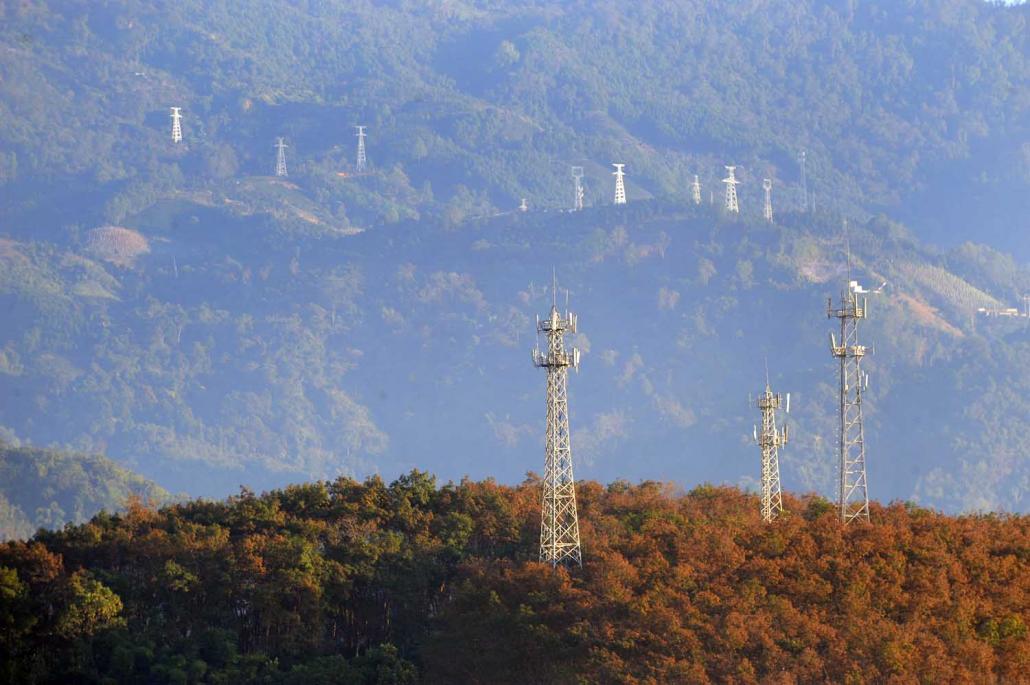 A line of mobile phone towers covers hills to the east of Laiza, on the Chinese side of the border. Residents rely on Chinese providers for telecoms services. (Steve Tickner | Frontier)

“I also try to teach them they should not worry or feel sad because of the political situation, to ease their fears,” he told Frontier. “This is also part of why I teach them violin as I hope it helps them with these worries. I only wish I could do more for them.”

Married with two children – an eight-year-old daughter and a six-year-old son – he said he was concerned about the fighting but did not plan to leave Laiza despite the growing risk it could come under attack.

“[The Tatmadaw] have a bad reputation for being unjust and lawless and behaving as they like. Of course we all worry about these things,” he said. 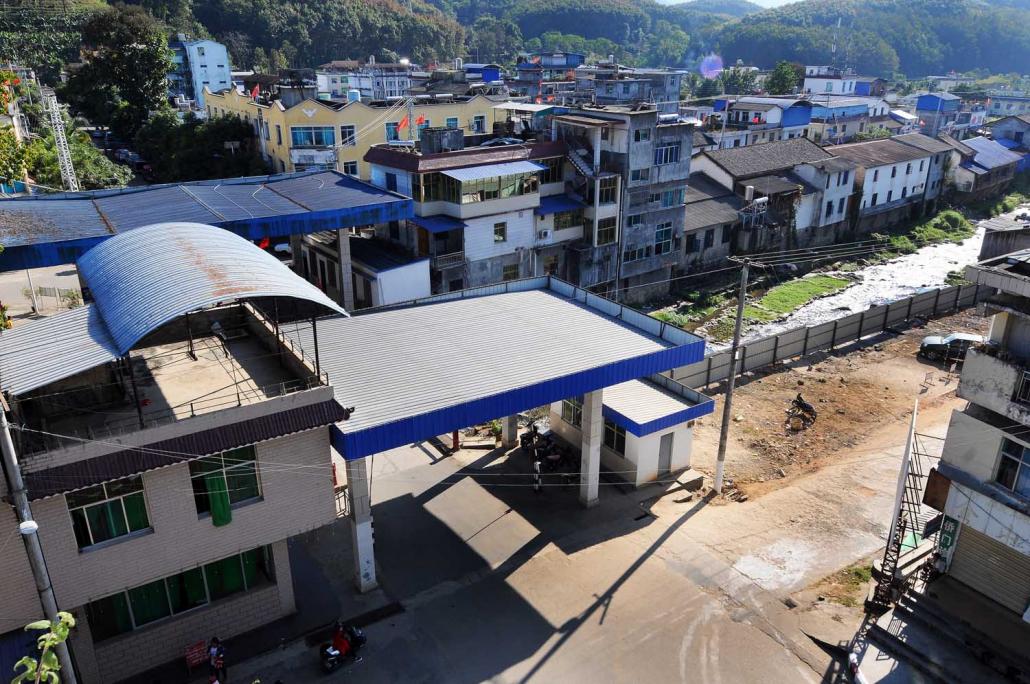 A view over a KIO-run border gate toward Chinese territory. In 2013, several stray Tatmadaw artillery rounds landed on the Chinese side of the border, prompting protests from Beijing. (Steve Tickner | Frontier)

The offensive is widely perceived as an effort to force the KIO to sign the so-called Nationwide Ceasefire Agreement. Daw Aung San Suu Kyi’s government is also pushing the KIO and other non-signatories to ink the agreement and join the 21st Century Panglong peace meeting, but the KIO leadership has said that is impossible while fighting continues.

There is debate though among Laiza residents about what approach the KIO should take. Some believe its leaders should come to the negotiating table and sign the agreement, while others – particularly those who fiercely distrust the Tatmadaw – urge the KIA to keep fighting.

Fear of what’s to come

Unlike Gam Aung, many of those Frontier spoke to said they have already started transporting belongings over the border, leaving them with friends and family living in China. Many have also packed small bags in case they have to flee at short notice.

Seng, who spoke to Frontier on the condition that we only use her first name, said she has had a deep distrust of the Tatmadaw since she was young. 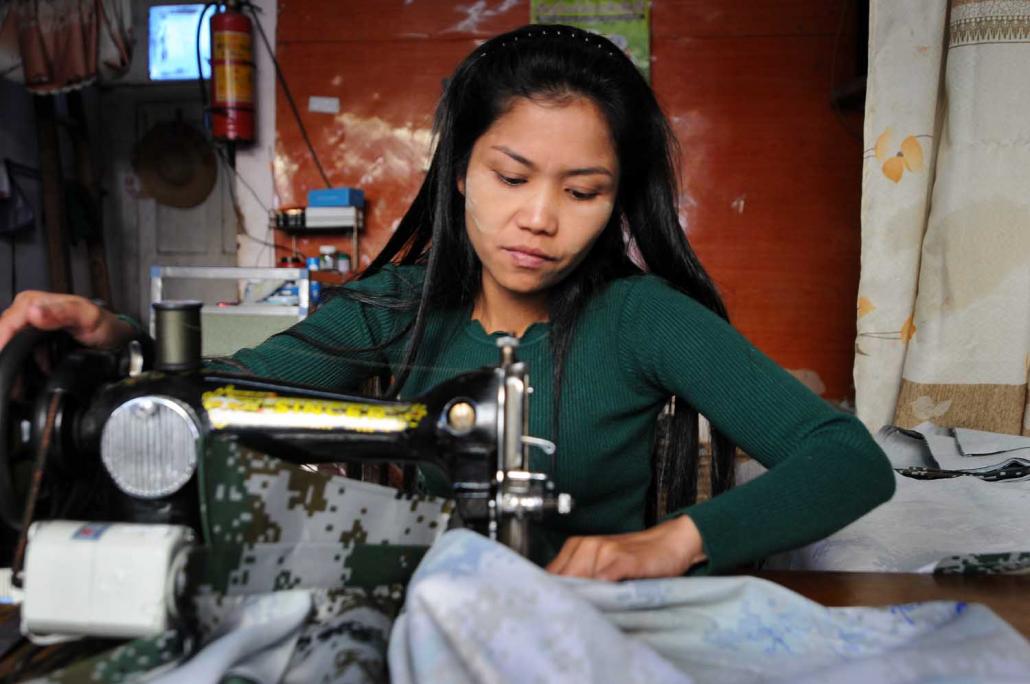 Growing up in a village south of the state capital Myitkyina, her father, who was involved with the KIA, fled when Tatmadaw troops encroached on the town, out of fear of being killed.

“When the soldiers came to our village they arrested the men. They stole everything – even the thanaka – and they killed and ate our chickens and pigs,” she said. 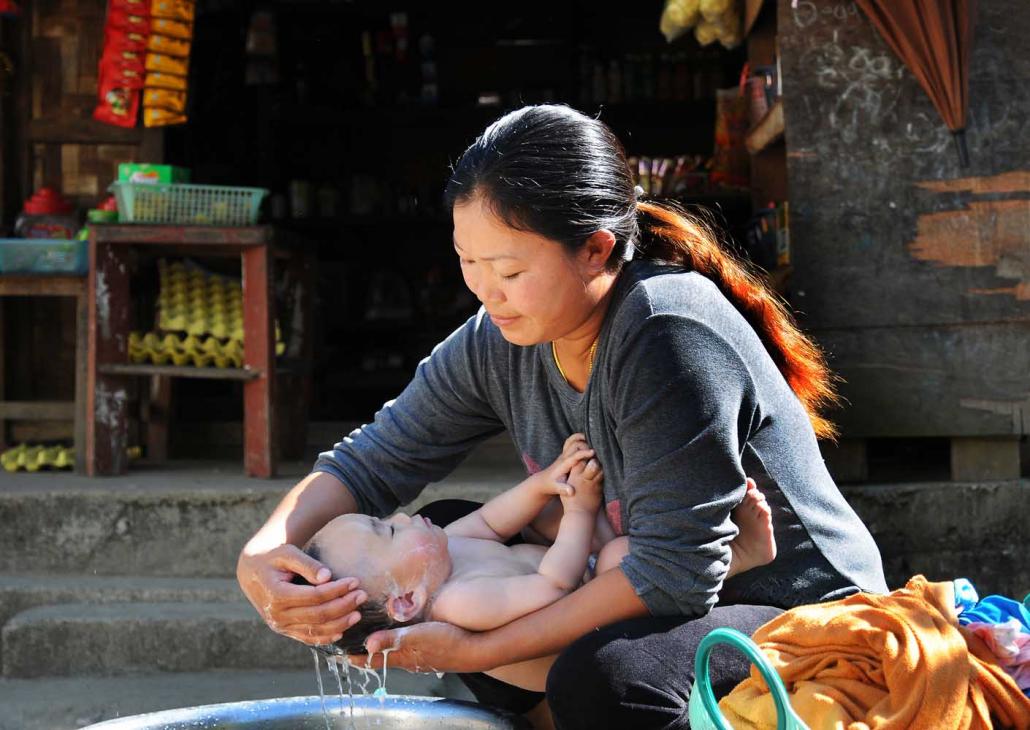 Unable to find her father, the soldiers arrested her family, and forced them into an army truck.

“My mum said, ‘Just follow me,’ but the soldiers pointed their guns at us and said, ‘You will be killed, don’t follow.’”

Seng said she was kept in a military detention centre for months and told she would be transported to Yangon.

“My father had gone to Laiza and my mother had to face the army alone. A year later my mum passed away and I came to live in Laiza with an aunt. My father is still with the KIA,” she said. 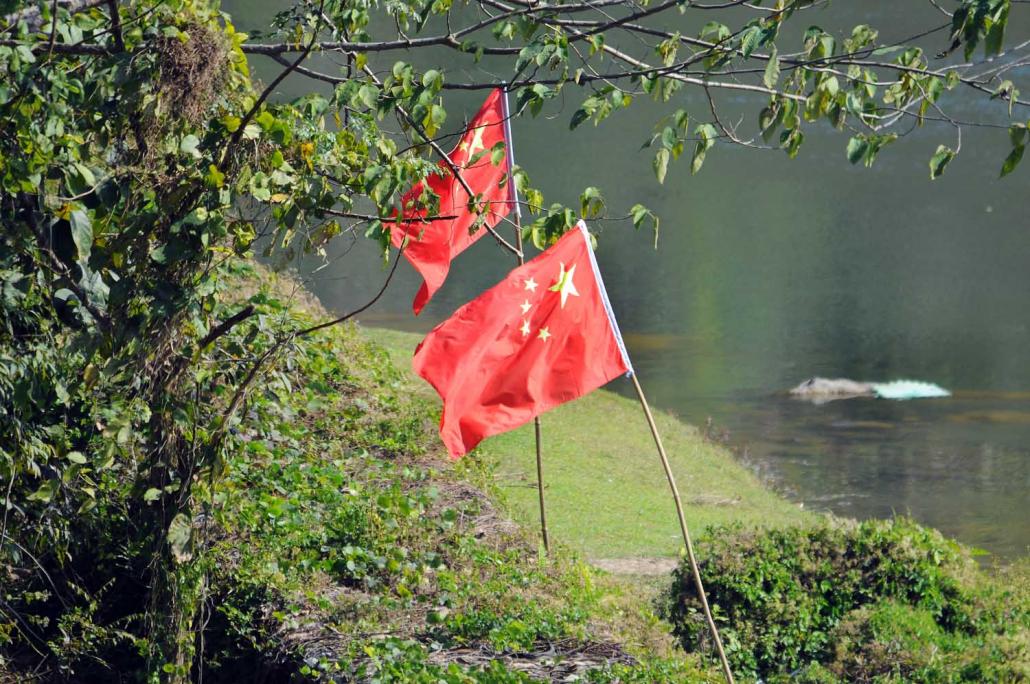 She is concerned about what will happen if the Tatmadaw arrived in Laiza. She said she was told by Kachin women living in China that women will be able to cross the border if fighting comes to the town. But if the Tatmadaw captures Laiza and the fighting stops, the women will be forced to return, according to comments made by local Chinese township officials.

“This has angered and frightened people; the women in particular because of the terrible reputation of the Burmese army. If there is no KIO in Laiza we cannot come back. If [we are forced to return] we would have to go deeper into the jungle and hide,” she said. 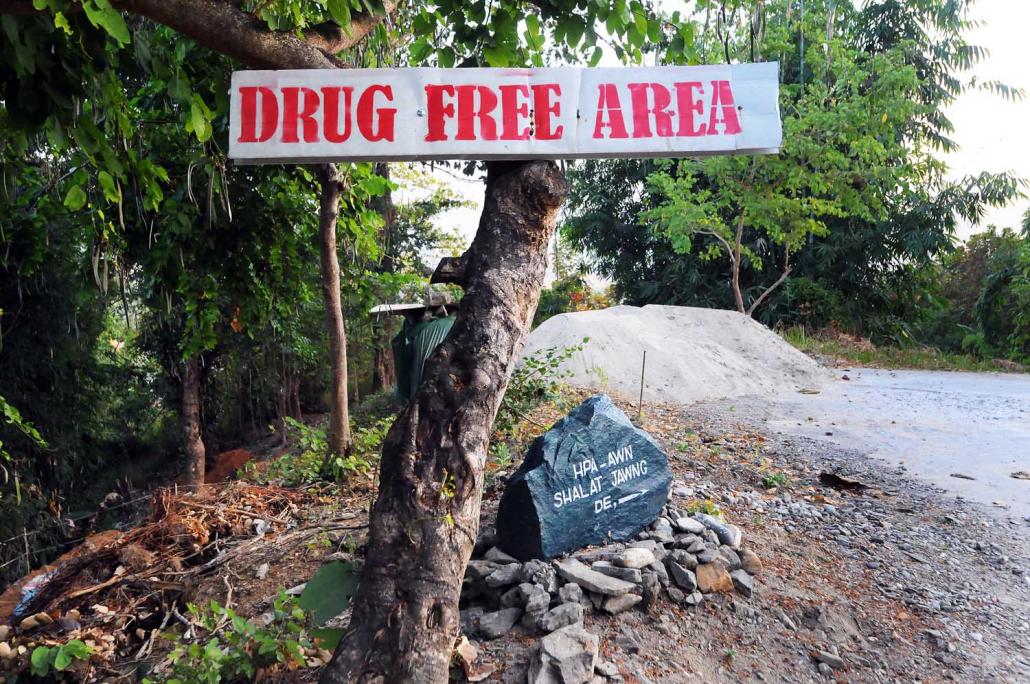 She called on the UN to conduct an investigation into what is happening to Kachin IDPs, including allegations of human rights abuses by Tatmadaw soldiers.

“Only the UN has the authority to investigate our situation and gather the evidence. … Then people will listen. When the KIO does this, it is ignored. The UN is neutral and would only be fair. Then the Burmese army should withdraw, they have more arms and weapons than us,” she said.

“The Kachin land belongs to us, so [the government and army] should work together in the future towards self-determination and they should share power,” she said. 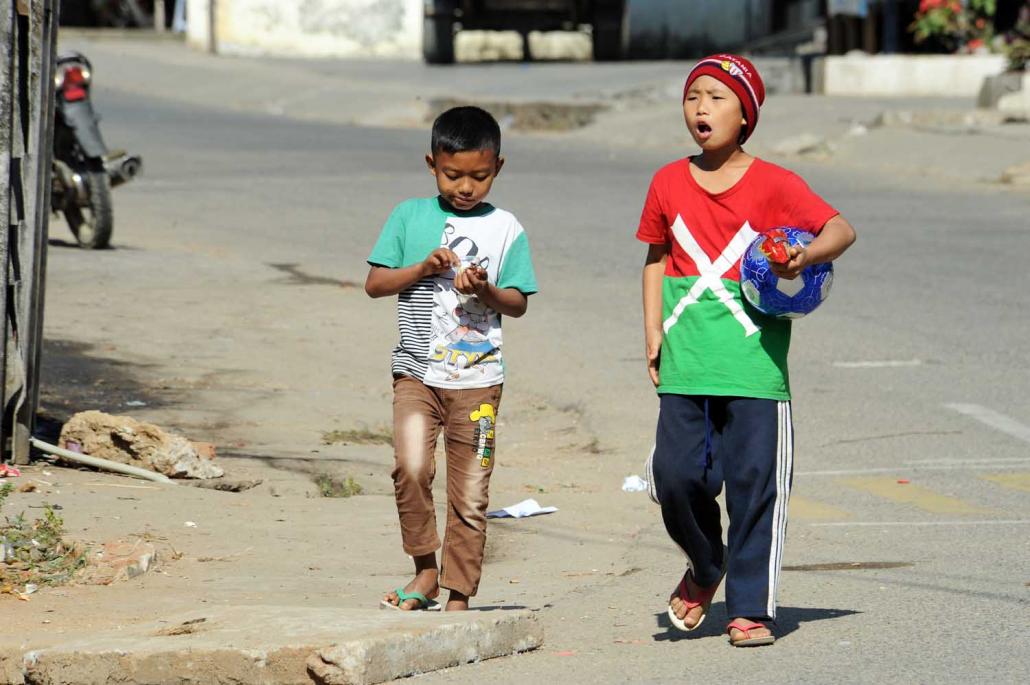 The loss of Laiza would be a major blow to the KIO. Travel between Kachin State and northern Shan State is already heavily restricted, which has created serious strategic challenges for their military operations.

The attitudes of Laiza residents shows the deeply held distrust many Kachin people have towards the Myanmar Army, in part due to its legacy and reputation for human rights abuses. Building trust is one of the major obstacles the government must overcome if it is to reach a lasting peace agreement with the country’s ethnic minorities