The controversial Letpadaung copper mine near Monywa in Sagaing Region has turned dispossessed farmers into activists who are determined to keep fighting for their rights. 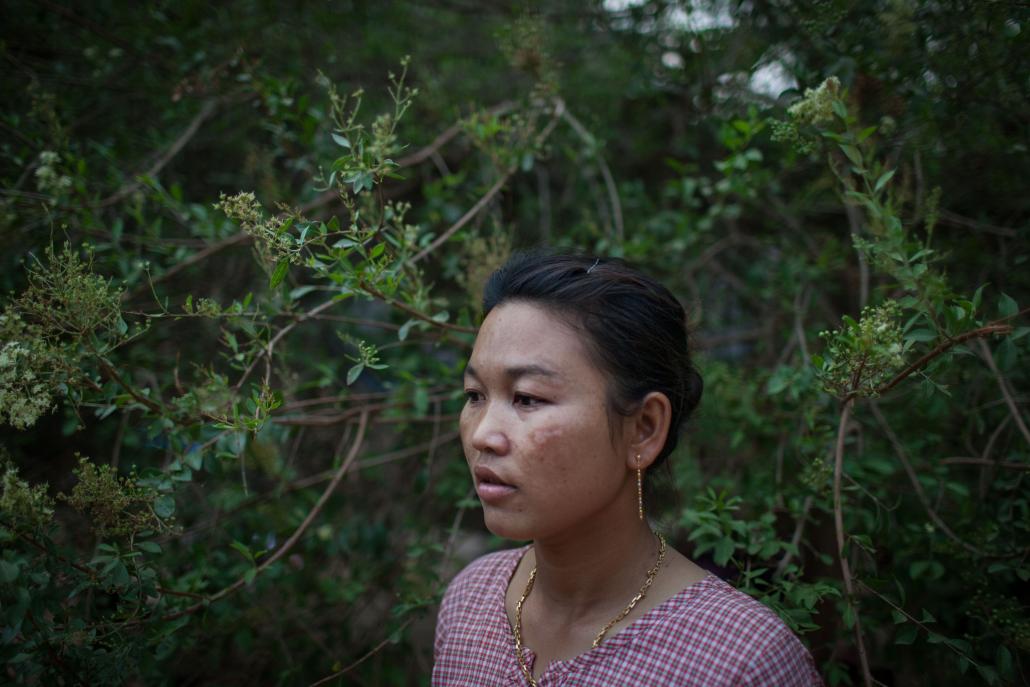 Before she became an activist and before she travelled to Thailand and Indonesia to battle for the land rights of her community, Daw Thawe Thawe Win, 31, grew pigeon peas on her family’s ten-acre plot near Letpadaung mountain in Sagaing Region. In 2011, she watched earthmovers from the Wanbao mining company roll into the copper-rich valley and dig up one of the ugliest land rights conflicts of recent years.

Daw Thawe Thawe Win didn’t ask to get involved. Her little farm was simply collateral damage. “One day they came and bulldozed our plantation,” she said. “So we tried to stop them.”

Township officials told her and her neighbours they would make things right, then ignored them. As they moved from public office to public office, her group became a crowd. When they met a line of police at the Wanbao office, the crowd became a riot. “We broke open the lock on the gate and got into the compound. We were there two nights and three days, protesting against Wanbao. That was the first time.”

The project, a partnership between China’s state-owned Myanmar Wanbao Mining Copper Limited and military-owned Union of Myanmar Economic Holdings Limited, was tainted from the start by allegations of illegal seizures and forced evictions, as well as environmental and health concerns in surrounding villages. The controversies over the mine would embroil farmers, monks, international investors, global media and even Daw Aung San Sui Kyi in a struggle of geopolitical dimensions, with moral greys and smoke and mirrors on all sides.

Daw Thawe Thawe Win’s story is one of broken public promises, corrupt officials, arrests, curfews and lethal crackdowns. After township officials banned boat traffic on the nearby Chindwin River, Daw Thawe Thawe Win and her friends were forced to smuggle a sick colleague to hospital across the waterway. Once, she said, policed locked a group of protestors inside the pagoda where they had gathered and then arrested some students who tried to supply them with food. Eventually Daw Thawe Thawe Win was also arrested. 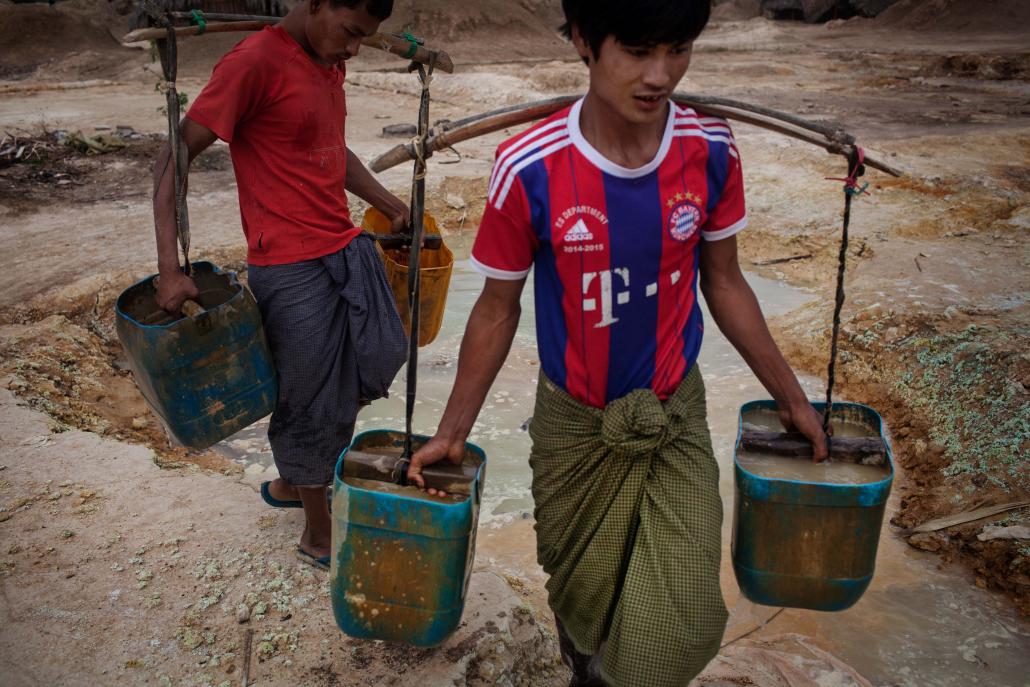 In November 2012, riot police used white phosphorous to disperse the occupants of a protest camp at the mine site, leaving about 100 people, including many monks, with nasty chemical burns. The government responded to domestic and international outrage over the incident by appointing an investigation commission chaired by Daw Aung San Suu Kyi. In its report released the following March, the commission made 42 recommendations about a range of issues, including land use, the environment and compensation. But the failure of the report to call for the mine’s closure infuriated protesters and inspired a new wave of grassroots protests at the mine site.

In a report released in February, Amnesty International accused Myanmar Wanbao of having allowed riot police to use its premises the night before the white phosphorous attack on the protest camp. The report also asked the Canadian and British governments to investigate whether a former joint venture partner in the mine, Canada’s Ivanhoe Mines, breached economic sanctions against Myanmar. The Amnesty report ridiculed claims by Wanbao Myanmar that the project had broad community support.

Wanbao insists that it has been sensitive to local concerns and that the project is in the national interest. Its website highlights the jobs and other opportunities it has provided to those living near the mine and includes long reports about the project’s economic and environmental impact. In 2014, a Wanbao spokesperson was quoted as saying the company would go “door-to-door” to consult affected residents and offer compensation packages.

Many villagers and activists shunned these moves as crude attempts to win their cooperation and the struggle continued, climaxing in a lethal encounter between police and protesters in December 2014 when a female villager was shot dead.

The land where Daw Thawe Thawe Win once grew pigeon peas overlooks the vast open-pit Wanbao mine, a huge crater busy with trucks and machinery, its copper-tinted walls ending with a turquoise pool at the bottom of the pit. More than 1,000 freelance prospectors once made a living here mining small amounts of copper. Most either moved on or went to work for Wanbao. 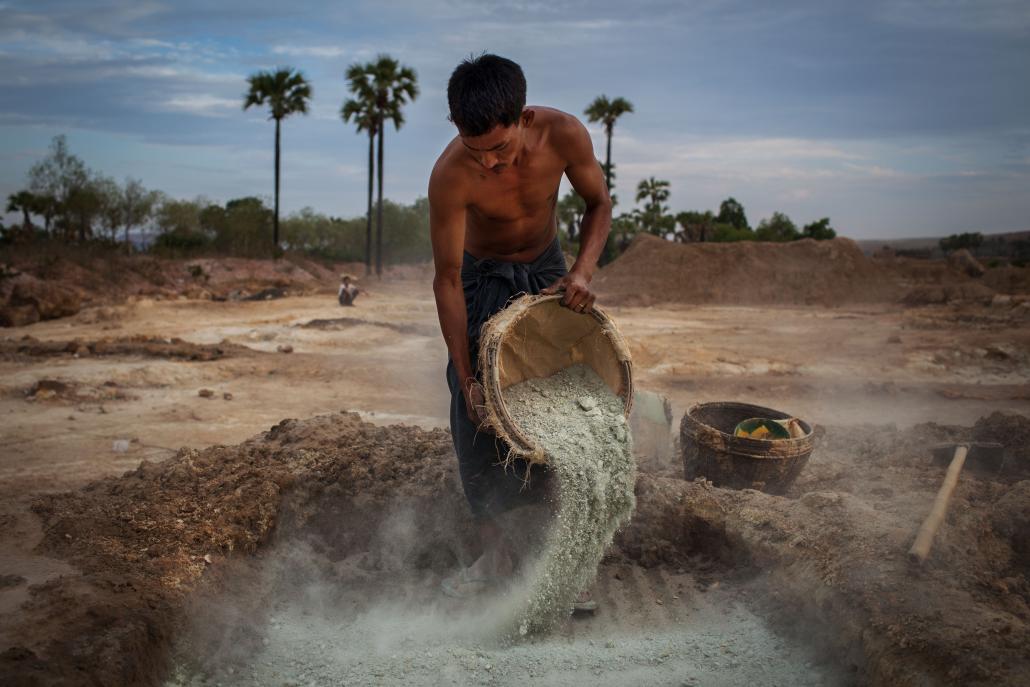 As well as campaigning for farmers and villagers affected by the mine, Daw Thawe Thawe Win helps them to help themselves by educating them about land rights and strategies for negotiating with Wanbao and the government. She said that after years of fighting, many of the residents are struggling to pick up the pieces of their old lives.
“Local people have lost their livelihoods,” she said. “There are many jobless farmers in our village. They find it hard to feed their families now that the government is busy with other matters and the media’s attention is on the election.”

But protests continue, and Daw Thawe Thawe Win believes the apologies, investigations and compensation that have trickled down over the years are good reasons to continue the struggle. “We feel forgotten, but we are determined to continue the fight for our rights.”

A version of this photo essay appears in the 2015 extractive industries photo documentary project of the Natural Resource Governance Institute, a non-profit organisation based in New York that focuses on policy and advocacy. The project aims to capture the complex political, environmental and social realities at mining sites in Myanmar.