Regional ministers in Sagaing have been meeting opponents of the Letpadaung copper mine to discuss a list of grievances, including lingering questions about the death of a protester.

“HERE IS a real bullet, beside a shotgun shell with rubber pellets inside, that were used on the day Daw Khin Win was killed. I kept them as evidence. Why were real bullets used to disperse a crowd that was peacefully protesting?”

A relative of Khin Win put the question to representatives of the International Commission of Jurists during a recent visit to Monywa to monitor the human rights impact of the nearby Letpadaung copper mine.

The bullet displayed by the villager was used in the fatal shooting on December 22, 2014, of Khin Win, a landowner, during a protest against the expansion of the mine. Two other villagers were hurt in the same protest over the seizure of land in 35 nearby villages.

There remains a lack of transparency about whether there has been any credible investigation of villagers’ claims that workers from Wanbao joined forces with police that day to violently disperse the protestors.

Wanbao – a subsidiary of China’s state-owned weapons maker Norinco, which runs the mine in a joint venture with the Union of Myanmar Economic Holdings Limited – restarted production in May. In April, Wanbao released a slick corporate social accountability video called “A New Dawn” to show it had a “social licence” to operate.

However, the ICJ’s discussions with affected communities, including meetings at the Sagaing regional hluttaw and the General Administration Department of the Ministry of Home Affairs, found different sentiments in villages near the project. Grievances in the communities included land grabs, loss of livelihoods and environmental damage.

Lawyers in the region have noted a problem of “compensation culture”, in which villagers sometimes exhaust the “compensation” they have accepted for the loss of farmland and then allegedly submit unjustified or frivolous claims for compensation from companies. Whether or not this is common practice, it is clear that Wanbao has failed to engage in genuine community consultation about compensation that is equitable and transparent. 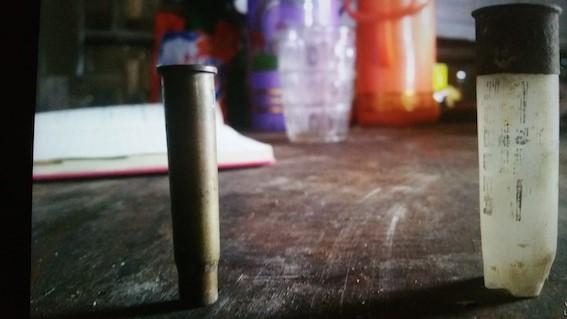 The bullet displayed to representatives from ICJ by a relative of Daw Khin Win. (Supplied)

Last year, Amnesty International reported that Wanbao “directly engaged in forced evictions… by constructing infrastructure on their land despite being aware that the people had not agreed to move or been paid adequate compensation.” The ICJ representatives saw destroyed arable land and crops as well as polluted waterways near the mine site, which is close to the Chindwin River.

The Letpadaung operation has been dogged with opposition since its inception. In November 2012, police allegedly used white phosphorous smoke grenades to disperse hundreds of peaceful protesters camped at the mine site. Dozens of people, including many monks, suffered extensive chemical burns. The use of white phosphorous, a highly corrosive chemical, against civilians, even in armed conflicts, is prohibited under the 1980 Geneva Conventions.

The government responded to outrage over the incident by appointing Daw Aung San Suu Kyi, who was opposition leader at the time, to chair an investigation commission while work was suspended at the mine.

In its report published on March 12, 2013, the commission acknowledged that Wanbao had not conducted an environmental and social impact assessment, but said that cancelling the project would affect job creation and ties with China, one of Myanmar’s biggest trade partners and its top foreign investor. Wanbao publicly stated that it welcomed the commission’s report.

In an effort to address community outrage, Wanbao has taken some steps to implement the terms of its revised agreement with the former Myanmar government. The Myanmar Centre for Responsible Business stated that Wanbao’s Environmental and Social Impact Assessment disclosed in January 2014 and completed by Australian consulting firm Knight Piesold, was undertaken with “benchmarking against international standards, including those of the International Finance Corporation”. However, public consultation on Wanbao’s ESIA report has been limited.

When the ICJ wrote to Wanbao seeking more information on how it could better protect the human rights of those affected by its project, it responded that “Myanmar Wanbao adheres to international good practice and international standard in environmental conservation and CSR activities and are making every effort to reduce the environmental impact of the project and minimise the footprint of our activity throughout the different phases of the project.”

The response made no reference to human rights.

The Myanmar Police Act 1945 empowers police officers to regulate public assemblies and processions, but nowhere in the legislation is there a justification for unlawful disproportionate use of force. International law and standards govern the use of force.

The United Nations Basic Principles on the Use of Force and Firearms by Law Enforcement Officials, while acknowledging that in certain limited circumstances police can and will need to use force to maintain law and order, states that this must be done in proportionately and in compliance with international human rights law and must never be seen as a licence to kill or granting immunity to police officials.

The judiciary has shown itself unable or unwilling of providing access to justice. The legal system has instead been used to suppress freedom of expression and arbitrarily try and imprison those who peacefully protest against human rights abuses by businesses. The ICJ had monitored the trials of activists who peacefully demonstrated outside the Chinese Embassy in Yangon in 2014, calling Myanmar authorities to carry out an urgent and impartial investigation into the death of Khin Win.

In early September, Sagaing Region ministers met communities opposed to the mine project in a first effort by government to address their longstanding grievances.

The Union government must increase protection for human rights and the environment by ensuring that corporations such as Wanbao embed human rights in their business practices and are held accountable for failing to do so. Until then, there continues to be impunity for those responsible for Khin Win’s death. 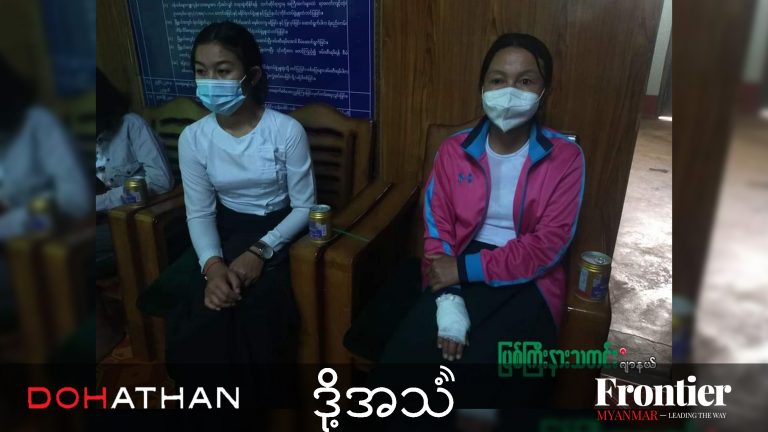