There is confusion about the reasons behind this month’s attack by the Myanmar National Democratic Alliance Army, but one thing is certain – it is yet another blow to the government’s peace process.

ON THE morning of March 6, troops from the Myanmar National Democratic Alliance Army launched surprise attacks on Tatmadaw outposts, police stations and private businesses in Laukkai, the capital of the Kokang Self-Administered Zone.

The initial attack and the ensuing fighting left more than 30 people dead and thousands fleeing south to Lashio, in northern Shan State, and over the border into China.

The fighting is yet another setback to Myanmar’s beleaguered peace process and comes just weeks before the 21st Century Panglong Union Peace Conference is due to take place in Nay Pyi Taw. An exact date is yet to be confirmed for the conference.

The MNDAA is a member of the Northern Alliance, a coalition of ethnic armed groups that launched offensives on Tatmadaw outposts in northern Shan State in November, and also comprises the Kachin Independence Army, the Ta’ang National Liberation Army and the Arakan Army. None of the groups signed the Nationwide Ceasefire Agreement with the previous government in October 2015.

It was the first major flare up in the Kokang region since early 2015, when the MNDAA launched a failed attempt to take control of Laukkai. In several months of fighting, more than 200 people were killed and an estimated 50,000 displaced. 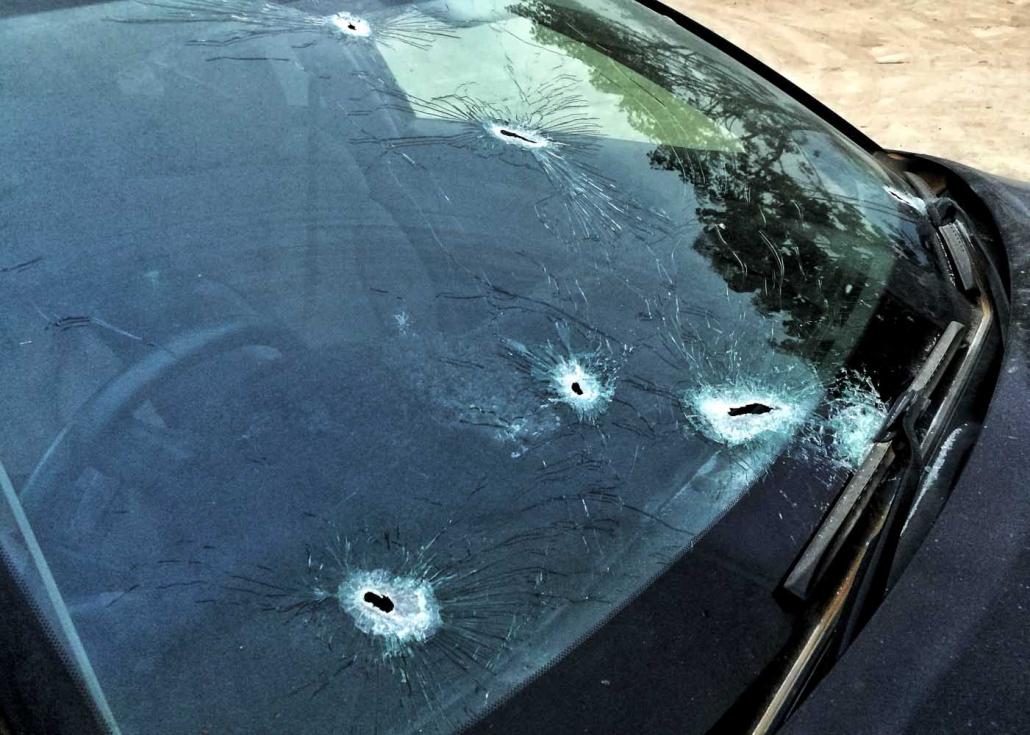 It was reported that at one of the casinos that was attacked, 80 female staff members were kidnapped by the MNDAA. But representatives from the TNLA, who were not directly involved in the fighting, said the women had been taken to China “for safety”.

U Tar Jok Jar, vice chairman of the TNLA, told Frontier that the attacks were most likely the result of personal disputes between leaders of the MNDAA and figures allied with the Tatmadaw.

“They probably have personal issues, because [MNDAA leader] Pheung Kya-shin was once administrator [of Kokang] and there are some incidents related to the Tatmadaw as well,” he said, without elaborating.

Although it was not directly involved in the attacks Tar Jok Jar said the TNLA was “involved, as we are part of the alliance”.

In a post on their Facebook page, the Northern Alliance said that in the past month the Tatmadaw had confronted several of their battalions in the north of the country and “put pressure” on them. More than 1,000 shells were dropped each day in the area, which was another reason for the attacks, the post said.

Even if the attacks were related to a personal dispute rather than the peace process, representatives of ethnic armed groups said they believed they were intended as a message to the Tatmadaw.

“We understand and accept the attacks,” said U Dau Kha, spokesperson for the technical advisory team of the Kachin Independence Organisation, the political wing of the KIA. “If we are to support them, we must know the actual reason [for the attack],” he said.

“People don’t know what’s going on inside [the conflict], only the commanders,” said Dau Kha. 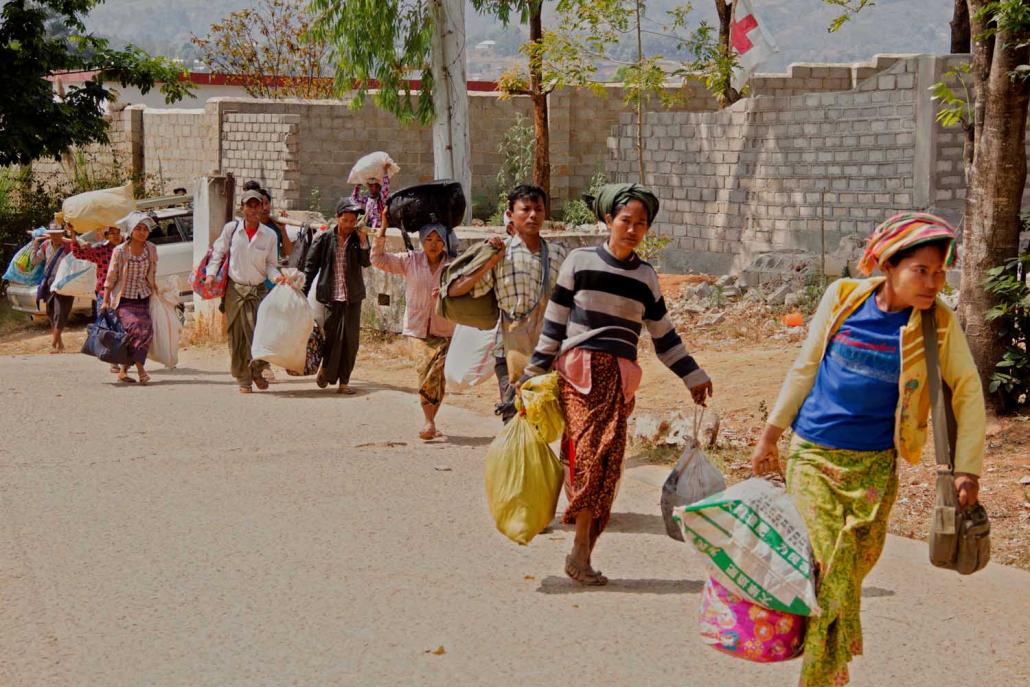 Residents of Laukkai who were displaced by fighting that erupted on March 6. (EPA)

The attacks came a week after seven ethnic armed groups, including all four members of the Northern Alliance, signed a statement calling for a new ceasefire to replace the Nationwide Ceasefire Agreement, which was signed by eight armed groups in October 2015. The statement was signed on February 24, the final day of a three-day meeting hosted by the United Wa State Army at their headquarters in Panghsang.

However, U Khu Oo Reh, secretary of the United Nationalities Federal Council, of which the four groups are also members, appeared to back away from the statement on March 1.

“Our position is to continue with the NCA,” he told reporters in Nay Pyi Taw. “We haven’t changed our decision. … It’s the position of all UNFC members and all members must obey it.”

“They are just reciting the line about non-disintegration of the Union, but actually both the army and Daw Aung San Suu Kyi are doing the disintegration. It can affect the direction of peace,” he said.

U Aung Naing Oo, a former peace negotiator under the U Thein Sein government, said that discussions between all groups would be key to breaking the deadlock.

“The current situation is extremely complicated,” he told Frontier. “Frankly, the Tatmadaw will respond decisively to the threat. The only way to mitigate the problem is to talk, but both sides have their own reasons not to talk.”

He called on groups with “influence” over the MNDAA to encourage them to stop fighting, “which will pave the way for talks.”

The Kokang group is regarded as having close ties with China. The local people speak a Chinese dialect and China’s yuan is the common currency in the Kokang SAZ.

Political commentator U Kyaw Lin Oo said that Beijing is supportive of the Nationwide Ceasefire Agreement, and has called on all of Myanmar’s ethnic armed groups to sign it.

Dau Kha said that a continuation of fighting would weaken the government’s negotiating position in the peace process.

“The more the fighting continues, the more it decreases the power of Daw Aung San Suu Kyi, and the more fighting there is, the more likely it is that this process will break up.”