YANGON — The KBZ Group of Companies, one of Myanmar’s largest conglomerates, has launched a high-speed satellite communication service that it says will “bridge the digital divide” and improve connectivity in the country.

“We are pleased to be ushering in a new era of telecommunications for Myanmar, made possible by next generation VSAT-powered technology,” said Stephane Lamoureux, chief executive officer of KBZ Gateway. “It will help drive the growth of various industries and communities nationwide through high-speed connectivity and advance telecommunications infrastructure unlike what was previously available here,” he said.

The gateway has established a base at Bago, 80 kilometres (50 miles) north of Yangon.

Pranav Roach, president of Hughes Network Systems, said the company sees similarities between Myanmar and India, a market it entered in 1992.

“Back then India had a very closed economy, much like we have here. There was very low connectivity,” he said, adding that the company now has operations in nearly all sectors in India, including banking, oil gas, entertainment and education.

The gateway launch was attended by US Ambassador to Myanmar, Scot Marciel. On May 17, the Obama administration lifted some economic sanctions against Myanmar as a reward for the reforms taking place in the country. On May 22, US Secretary of State John Kerry visited Myanmar and praised the transition.

“We want more American companies to come here, partner with Myanmar companies, create opportunities, create wealth and create jobs. This type of joint partnership and product is going to bring a lot of benefits to a lot of people here,” he said. 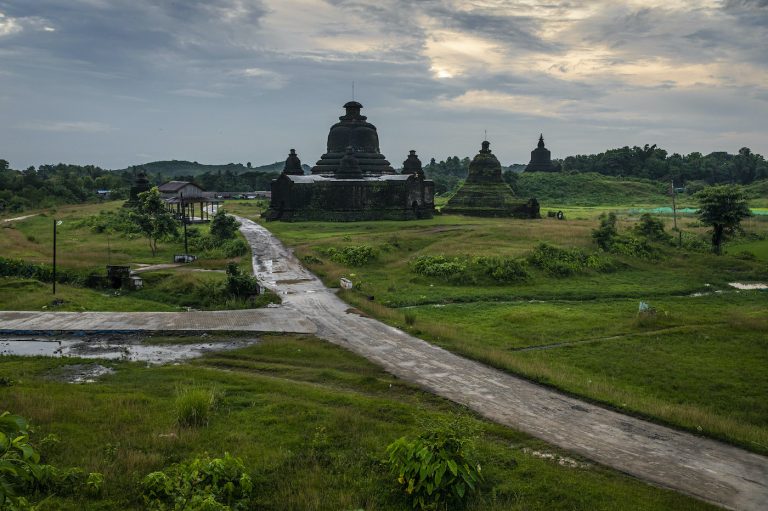 Rakhine politicians believe the ruling NLD is exploiting the war and its appointment power over the election commission to wipe their parties from the electoral map.
BY Kaung Hset Naing

Rakhine is in a state of emergency