YANGON – Kayin State Chief Minister Nang Khin Htwe Myint has accused residents of “maliciously” opposing a controversial quarry project and claimed consultation with those affected by such projects is unnecessary.

During a fiery meeting with residents of Lun Nya village in Hpa-an Township on May 12 to discuss the nearby quarry, the chief minister also suggested they may be obstructing the project in order to get compensation.

Her comments come as the Asian Development Bank confirmed it had suspended disbursements to a Chinese contractor that planned to use the Mt Lun Nya quarry for an ADB-funded highway project.

A spokesperson told Frontier the ADB was “concerned” at recent developments regarding the quarry and was “actively monitoring the situation”.

“The ADB has stringent safeguard policies and we are following up with the government to ensure that they are being fully adhered to,” the spokesperson said, adding that the payments to the contractor had been stopped “due to noncompliance with ADB safeguard and government environmental requirements”.

In December, the ADB said it would force the contractor, China Road and Bridge Corporation, to stop using the quarry until it could conduct environmental and social impact assessments and show livelihoods would not be harmed.

The decision was taken after Frontier published an article, “An army, a mountain and the ADB” detailing residents’ opposition to the quarry development.

The dispute has pitted a local militia leader and government officials against residents, many of whom oppose the expansion of the quarry.

‘You don’t own the mountain’

A video published by Myanmar Now showed chief minister Khin Htwe Myint telling residents on May 12 that the government had been compelled to discuss the quarry with them but if it had a choice “we wouldn’t do” the meeting.

Questioned by a Lun Nya resident, Saw Soe Moe Kyaw, as to whether the authorities should have consulted with locals, Khin Htwe Myint responds, “No, it doesn’t need [consultation] … We have no right to oppose a union government project.”

When Soe Moe Kyaw says that residents would like to know what will happen to Mt Lun Nya, an unidentified government official interjects, saying: “You don’t own the mountain. The water, land and air – all of it belongs to the government. The government owns them all and you don’t own it.”

Soe Moe Kyaw then points out that the government says it listens to the voice of the people. He then complains that heavy machinery has been operating at the quarry despite the fact that nearby residents have received no information about the project.

“So, is it noisy for the village?” Khin Htwe Myint asks. “They are using [the machines] because they are necessary.”

“No, it’s not noisy, but before operations began there should have been consultation with the villagers,” Soe Moe Kyaw responds.

Khin Htwe Myint then turns her back, and exclaims in a frustrated manner.

The government official tells Soe Moe Kyaw: “If it is your property or you have farmland there, then we can talk about it.”

Soe Moe Kyaw asks again: is this a government that listens to the people? The chief minister points her finger at him and says, “It is not the public’s voice – it is your voice with a malicious mind.”

‘It is worse than dictatorship’

Soe Moe Kyaw told Frontier after the meeting that he and other residents were disappointed at the chief minister’s response to his question.

“In my opinion, when the words came out from her, Khin Htwe Myint should no longer be a chief minister,” he said. “As a chief minister, she talked beyond the law instead of being in line with [the] law.”

He said it seemed that the chief minister was upset at being forced to hold the meeting with residents. “In my view, she looked angry when she arrived here,” he said.

Saw Hla Ngwe, who was fired as village administrator in April for refusing to take legal action against residents after they damaged a road leading to the quarry, said the chief minister told residents that their complaints about the environment were “causing a headache”.

“If the government does not need to listen to the people, this is not a real democracy – it is worse than dictatorship,” said Hla Ngwe, who is also facing criminal action for allegedly failing to follow orders. “A democratic government listens to the voice of the people.”

Saw Thar Bo from Karen Rivers Watch said the government needed to understand the community was not against development but just wanted those involved to work in line with the law.

“The government is going beyond the law,” he said. “The company hasn’t done an EIA or SIA – it hasn’t even consulted with the villagers.”

But U San Maw, the administrator for Hpa-an District, said the chief minister went to Lun Nya to “negotiate for doing community development”. He said the Mt Lun Nya quarry “was a story between the companies, the ADB and the villagers”.

The quarry at Mt Lun Nya has been licensed by the military-controlled General Administration Department to Chit Linn Myaing Toyota, a company owned by a Border Guard Force commander, Colonel Saw Chit Thu.

The quarry is operated by state-owned CRBC, which planned to use its limestone to upgrade a 66.4-kilometre section of the Asian Highway between Eaindu in Hpa-an Township and neighbouring Kawkareik Township. CRBC won a Ministry of Construction tender for the upgrade in July 2016.

Quarrying began in late November. When Frontier visited the site, it observed workers in CRBC hard-hats and equipment bearing the company’s logo. We were prevented from entering the site by heavily armed soldiers from the Border Guard Force, which was formerly known as the Democratic Karen Buddhist Army but came under Tatmadaw control in 2010.

While state government officials have told Frontier that under Myanmar law limestone quarries are licensed by the GAD at the township level and do not require an environmental or social impact assessment, mining law rules released in February state that small-scale production of stone (under 20 acres) requires an initial environmental examination. The Environmental Impact Assessment procedure of December 2015 also indicates that a limestone quarry producing under 100,000 tonnes a year would require an IEE and, possibly, an environmental management plan.

Government officials say that the quarry operator is trying to get the necessary permits to comply with ADB requirements.

On May 2, Chit Thu paid a surprise visit to Lun Nya to discuss the project with residents, together with a CRBC representative and an official from the Road and Bridge Department. Residents said they told the BGF commander that they opposed the project.

In the meantime, quarrying at Mt Lun Nya has continued, residents said. Most of the stone produced is being trucked out of the site at night by CRBC, they added.

“We think taking the stone out at night is very suspicious,” Hla Ngwe told Frontier earlier this month

The ADB told Frontier that even if CRBC is eventually able to secure the necessary permits to use the Mt Lun Nya quarry, it “would not be acceptable” to use stone that had been quarried and stockpiled before the quarry was approved.

Correction, June 4: An earlier version of this article stated that under Myanmar’s mining law, most quarries do not require an environmental or social impact assessment. 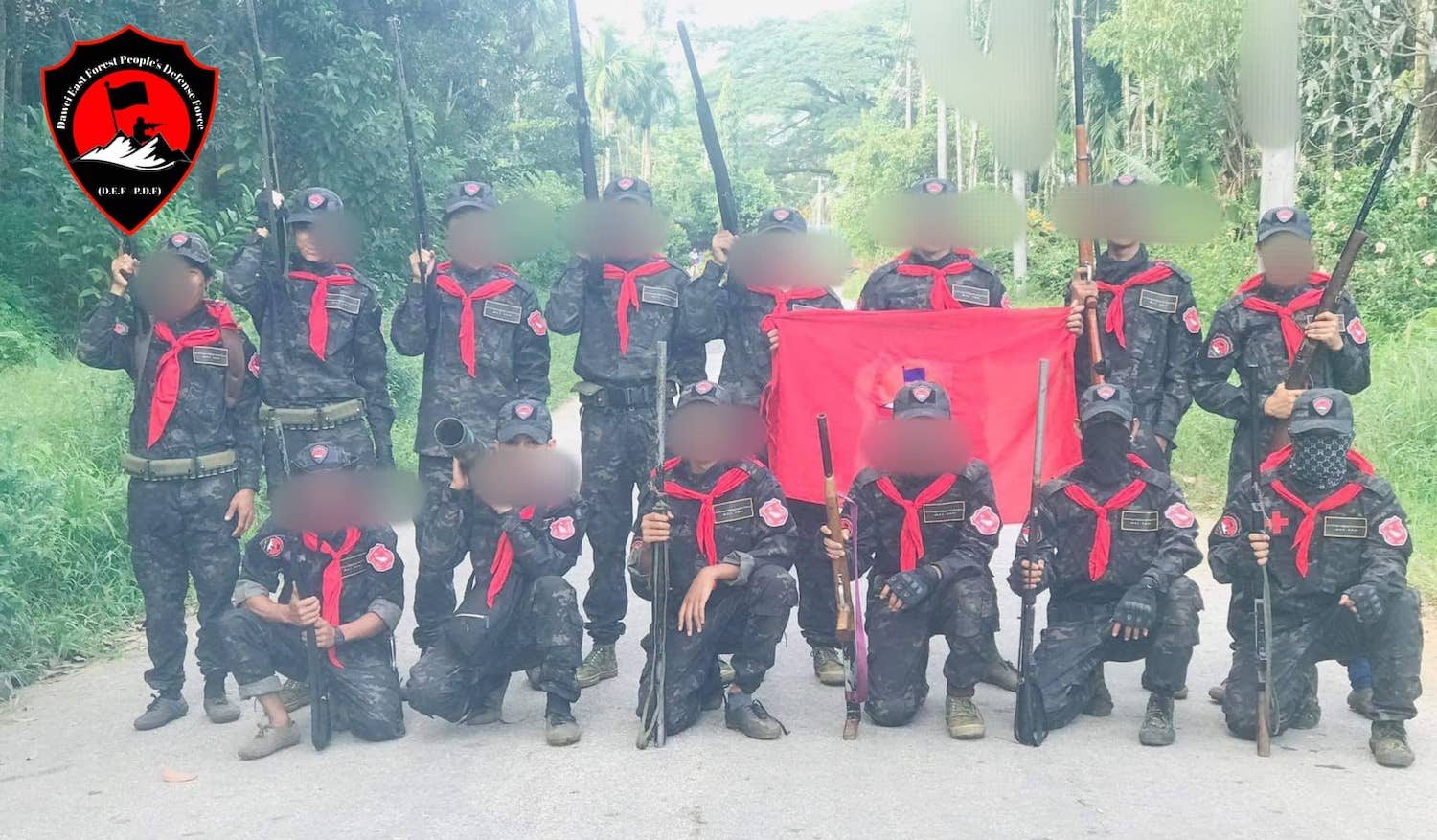