YANGON — A Kachin activist who was detained last month over a Facebook post alleged to have defamed Tatmadaw Commander-in-Chief Senior General Min Aung Hlaing was refused bail at his second hearing at a Yangon court on Friday.

U Patrick Khum Jaa Lee, 43, who has pleaded not guilty, was arrested under Section 66(d) of the Telecommunications Law over a Facebook post he allegedly shared of an image of people standing on a portrait of Senior General Min Aung Hlaing.

U Patrick Khum Jaa Lee, who appeared in Hlaing Township court on Friday, has been held in Insein Prison since his arrest on October 14.

He was admitted to the prison hospital after his last hearing on October 27 suffering from high blood pressure and gastroenteritis, said his wife, Ma May Sabe Phyu, who is also an activist.

“He told me he is experiencing numbness and his blood pressure is high; these are not good signs,” said Ma May Sabe Phyu, who revealed that her husband suffered a stroke last year.

“The court has failed to consider his health problems. His rights as a citizen have not been recognised,” she said.

U Patrick Khum Jaa Lee’s request for bail at his first hearing was denied when the complainant, a Tatmadaw lieutenant-colonel, failed to appear in court.

The next hearing in the case will be on November 13.

U Patrick Khum Jaa Lee is one of at least three people who have been arrested and charged in recent weeks under the 2013 Telecommunications Law, which bans the use of telecommunications networks to “extort, threaten, obstruct, defame, disturb, inappropriately influence or intimidate”.

The maximum penalty for breaching the law is three years in jail.

Elsewhere, Maung Saungkha, 23, was arrested in Yangon on November 5 over a poem posted on Facebook in which he is alleged to have said he had an image of President U Thein Sein tattooed on his penis and that his wife did not like it.

A member of the ruling Union Solidarity and Development Party, U Than Tun, has also been arrested and charged for allegedly posting an offensive image on Facebook. He is reported to have been released on bail.

NLD supporter Ma Chaw Sandi Tun, 25, was arrested under a similar law in Yangon on October 12 over a Facebook post about the new mint-green colour of army uniforms.

Ma Chaw Sandi Tun has been charged under the 2004 Electronic Transactions Law. The maximum penalty for breaching the law is a five-year jail sentence. 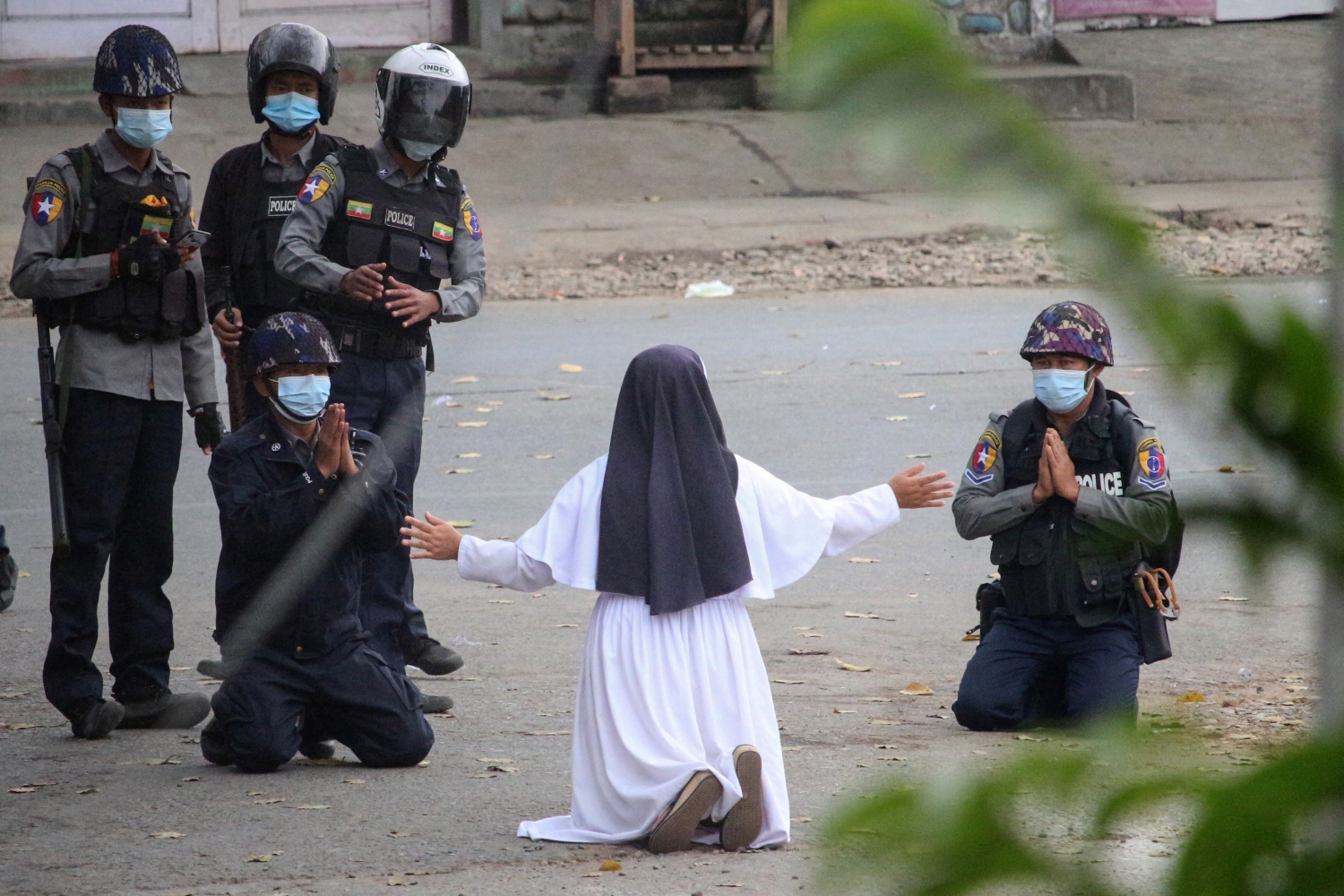