NAY PYI TAW — Three journalists and a driver arrested for flying a drone near the Union parliament building in Nay Pyi Taw last month have appeared in court for a second time, following an earlier summary conviction last week.

They are currently facing charges under the Export and Import Law for operating the drone, which carries a maximum sentence of three years’ imprisonment.

All four have already been handed a summary sentence of two months behind bars under the 1934 Aircraft Act. 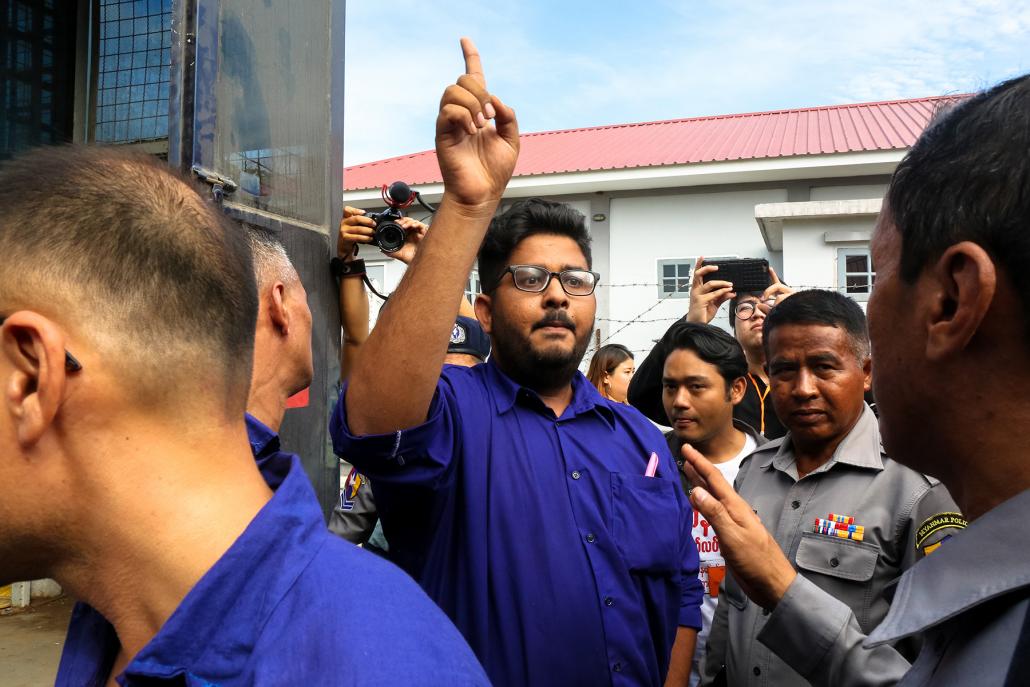 In a hearing that lasted two and half hours, the arresting officer testified he had received communication from immigration officers telling him the drone had not been declared at customs when it was brought into the country.

None of the other eight prosecution witnesses announced by the prosecution showed up for the hearing.

Speaking to reporters outside the court, defence lawyer U Khin Maung Zaw said he would submit a letter to authorities calling for the case to be closed ahead of the next hearing on November 20.

All four defendants have already been handed a summary sentence of two months behind bars under the 1934 Aircraft Act.

The defendants had pleaded guilty because they expected to be fined and were shocked when they received jail sentences, Khin Maung Zaw said.