YANGON — Amnesty International have called for an investigation into the latest violent incident to rock the Letpadaung copper mine, after several protestors were injured when police allegedly fired rubber bullets into a road blockade last week.

Villagers near the mine had been blockading a road leading into the mine for several weeks, alleging that trucks carrying goods into the site had killed livestock and disrupted farming in the area.

In a statement on Wednesday, the London-based rights group said on the afternoon of March 24, police had fired rubber bullets at around 70 villagers blockading the road, wounding at least 10.

“According to one community member, the injured protesters did not go to hospital out of fear of being arrested and charged in connection with the protest,” according to Amnesty.

Police claimed that some protestors were armed with slingshots, and wounded six officers, but “video footage of the incident appears to shows police opening fire on protestors without immediate provocation,” Amnesty claimed.

Last week’s protest is the latest in a series of violent incidents for the controversial mine, which is backed by the military conglomerate Myanmar Economic Holdings Ltd and Myanmar Wanbao, a subsidiary of Chinese state-owned defence firm Norinco.

Police injured scores of demonstrators after attacking a protest camp at the Letpadaung site in November 2012. Dozens suffered severe burns and other injuries.

Investigators concluded in the aftermath that security forces had used white phosphorous, the use of which as an anti-personnel munition is illegal under international chemical weapons conventions.

In December 2014, police fatally shot 56-year-old Daw Khin Win, a local villager who was participating in a demonstration against the mine.

On Monday, Sagaing Region chief minister Dr Myint Naing ordered the temporary suspension of materials into the Letpadaung mine site in order to “prevent further tension” from escalating. 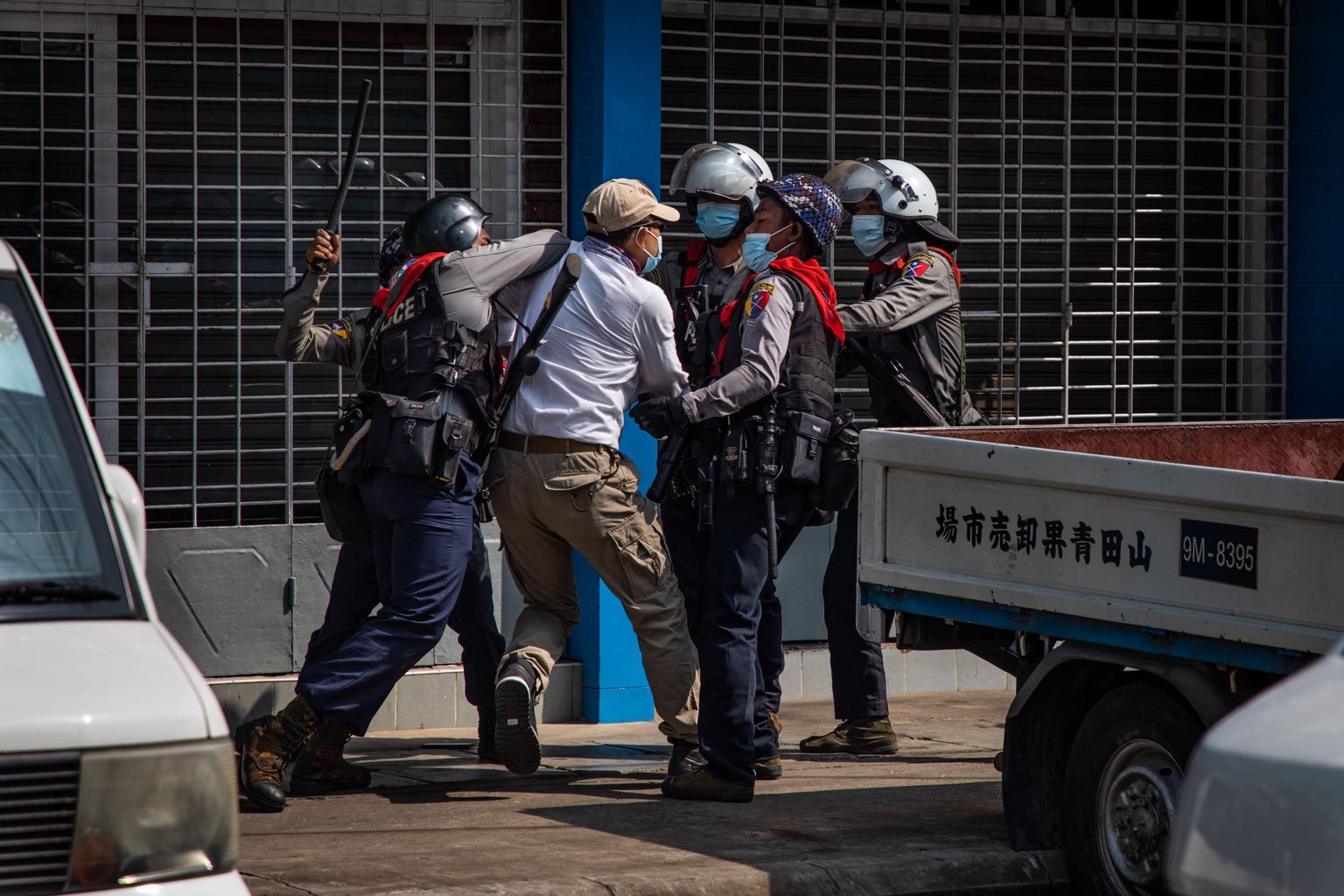