Authorities in India confiscated gold worth about US$543,000 (K735 million) earlier this month in the latest seizure of the precious metal being smuggled into the country from Myanmar, media reports said.

Officials from the Directorate of Revenue Intelligence seized 11.65 kilograms of gold and arrested two suspects in a raid on a Kolkata hotel on April 15, the Press Trust of India reported.

The operation brought the amount of smuggled 24-carat gold from Myanmar seized in and around Kolkata by the DRI since the start of the year to 93.35kg, valued at about $4.98 million, and the number of arrests to 29, it said.

A senior DRI official was quoted by PTI as saying the two suspects arrested on April 15 were residents of Champhai in Mizoram State, which borders Myanmar’s Chin State.

The gold had been delivered to them in Champhai by a Myanmar person, the official said, adding that the 29 detained suspects also included Myanmar citizens.

There has been a sharp increase in seizures of smuggled gold in India since the government’s decision in November to demonetize INR500 and INR1,000 notes, the Times of India reported on April 10.

It quoted a customs department official as saying that bringing gold into India from Myanmar had replaced traditional smuggling routes such as flights from Dubai and Bangkok and overland from Bangladesh. 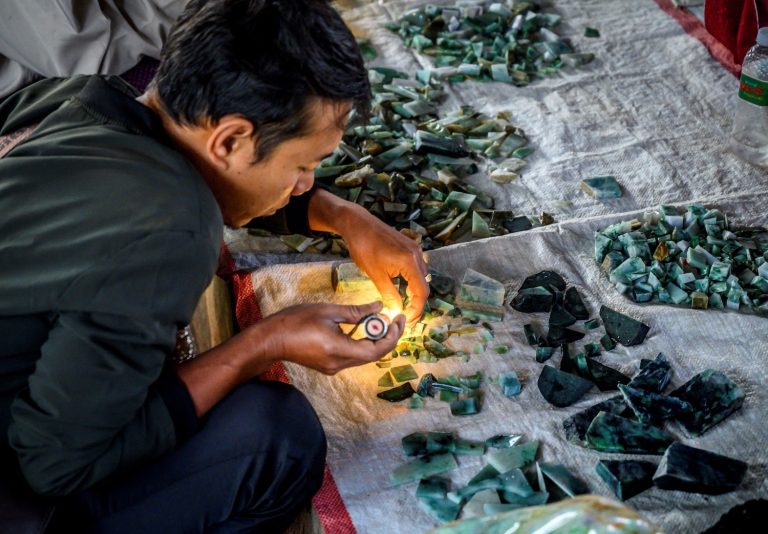 While most jade harvested in Myanmar has always been illegally smuggled into China, industry sources say heavy-handed junta policies and political turmoil is further depressing the domestic trade.
BY Frontier