It is expected that foreign investors will likely be allowed to partake in Myanmar’s first bourse by the end of this year. Here is a helpful guide to getting your company listed.

TRADING BEGAN on the Yangon Stock Exchange on March 25, 2016 with shares from one firm, First Myanmar Investment. Since then, three other companies have listed on the bourse, namely Myanmar Thilawa SEZ Holdings Public Ltd, Myanmar Citizens Bank Ltd and First Private Bank Ltd. Trading volume is currently light, at a daily volume of approximately 10,000 shares as of June 1.

One of the reasons for this light trading volume is that foreign investors are currently not allowed to invest in YSX. However, that may be about to change. U Maung Maung Win, chairman of the YSX, has said that in the future foreign investors may be invited to invest in, and a certain amount of Myanmar/foreign joint venture companies to list on, the YSX to encourage market liquidity.

The timeframe for this is likely linked to the passing of a new Companies Act, which is expected to happen later this year. Against this background, interest in listing on the YSX is growing. It would therefore be useful to break down in simple stages some of the major steps and requirements for listing on the YSX.

Ten requirements for listing on the YSX

The comprehensive income (the statement of all income and expenses) for the previous two years must have been positive. This period of calculation is the business year before that of the listing application and the year before that.

The paid-up capital as of the initial listing application day must be at least MMK 500 million (approximately USD 350,000).

4) Number of consecutive years in business

The company must have conducted business for more than two consecutive years prior to the day of initial listing.

The applicant must be a public company or company governed by the Special Company Act 1950.

The applicant must comply with Myanmar Financial Reporting Standards. Myanmar has adopted the 2010 version of IFRS Standards for all publicly accountable entities.

No restrictions may be imposed on transfers of shares pertaining to the initial listing application (unless imposed by laws and regulations).

Shares must be handled by the book entry transfer services provided by YSX.

If the applicant company has issued shares or subscription warrants to any specific entity within six months prior to the date of the initial listing application, the applicant company must affirm with the allotted party that, as a general rule, the allotted party shall hold the shares or subscription warrants (including shares obtained by exercise of such warrants) until three months elapse from the day of listing. 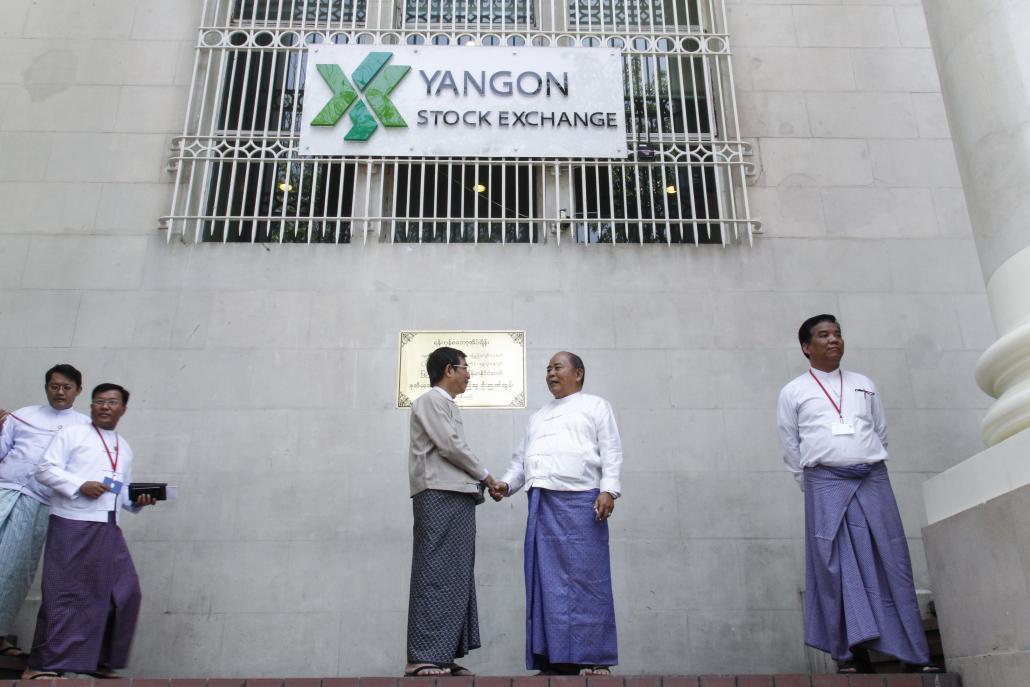 Assuming it is possible to comply with the formal requirements stated above, there are seven steps to list on the YSX, that I shall now briefly discuss in turn. The entire process is likely to take about one and a half years.

Preliminary preparation would involve the appointing of internal teams to manage the process in house, and the appointment of external advisors, such as an underwriter, independent auditor, and lawyers.

This would involve finalising the historical financial information, beginning due diligence by the lead underwriter, and preparing a prospectus for the public offering or disclosure document for listing.

At the same time, the company should begin the financial and business plan, make any necessary restructuring of the management structure, and implement the financial reporting procedure.

In preparation for the listing examination, financial and legal due diligence should be started. The prospectus or disclosure document and listing application documents should also be completed. Additionally, a presentation should be prepared for potential investors.

All of the listing application documents should be submitted to the YSX. The examination will take at least seven weeks, but this period is likely to be extended. The YSX will make a website announcement if listing approval is granted.

The prospectus must then be lodged with the Securities and Exchange Commission to receive the approval to offer the shares.

This is just a process that is provided to convert already issued shares to electronic recording.

Finally, the company is able to list on the YSX on the listing date.

As you can see the procedure for listing on the YSX is relatively straightforward, although it is likely that it will take longer than expected. This is partly because of the time spent in preliminary preparation, as well as because of the time spent in finding and selecting suitable advisers, and the listing examination itself. However, the YSX has made a good start in establishing clear regulations and procedures to form the foundation of listing a company for the first time in Myanmar.