How a Kokang becomes a citizen

An office run by volunteers in Lashio is supporting about 100 citizenship applications a month from members of a Chinese-speaking minority listed among the country’s 135 officially-recognised ethnic groups.

OUTSIDE A small office in a two-storey building down a side alley in Lashio, northern Shan State, a group of 50-something men gathers regularly to chat, browse newspapers and sip tea.

They are the men who decide who qualifies to be called a Kokang, a Mandarin-speaking, Han Chinese minority, most of whom live in the Kokang Self-Administered Zone on the border with China.

The office is where people apply to verify that they are Kokang, an essential step in the process of obtaining a citizenship card. The men in the group are volunteers with the Kokang Literary and Cultural Association.

“As a Kokang you need to provide 12 items just to apply for a citizenship card,” said U Wang Hong Gi, a senior KLCA volunteer. “It’s a lot if you compare it with Kachin or Shan people; they only need four,” he said, referring to the extra verification documents needed by Kokang compared with some other ethnic minority groups.

Instructions for the verification process pasted on the office window say applications must be made in person. As well as head shots, applicants must provide copies of their household registration certificate, birth certificate, the citizenship cards of their parents, grandparents and great-grandparents, and documents from their township office and police station.

“Last but not least is our signature, signing off to prove they are a true Kokang,” said Liu.

“We look at their face, listen to their accent to determine if they are truly Kokang,” he said. “It’s a small community, people usually know each other.”

With the document containing the precious signature, and the other papers, the applicant is ready to apply for a citizenship card at an immigration office.

Wang, who has been with the KLCA’s Lashio headquarters for at least 10 years, said the association has 24 offices throughout Myanmar. The Lashio office is usually open from 9am to noon on weekdays and it receives about 100 requests a month to support citizenship card applications.

“The process of reviewing your citizenship is long and strict at the government office and the officers usually find ways to ask money from you,” Liu told Frontier. “Lots of our Kokang are not familiar with the Burmese language, and have no legal knowledge, and they face a lot of difficulties at official departments. Therefore the aim of our association is to help our people with issues regarding law.”

As well as assisting with citizenship applications, the KLCA also helps Kokang deal with marriage problems, loss of possessions and land rights, he said.

“We are officially recognised by the government to do this work,” said Wang. He said extra procedures for the verification process were needed by Myanmar residents with ancestors from the Subcontinent and Mong Wong people, a Mandarin-speaking community that was officially recognised as a Bamar ethnic group in the final days of the U Thein Sein administration, as well as the Kokang.

KLCA was established in 1976 by a Kokang native, the late Lo Hsing Han, who in 1992 founded Asia World, one of Myanmar’s biggest and most diversified conglomerates. Lo, a notorious drug warlord who died in Yangon in 2013 aged 80, was blacklisted in 1980 by the United States Treasury, which described him as “the godfather of heroin”.

“Mr Lo did a lot of good for society,” KDUP leader U Htun Naing, 60, told Frontier in his Yangon office.

“Before he passed away, he said to me, ‘You only spend time on your company. You should contribute and help your community.’ He wanted me to do charity, do party work and fight for the rights for the Kokang people,” said Htun Naing, a businessman who has also written a history of the Kokang. 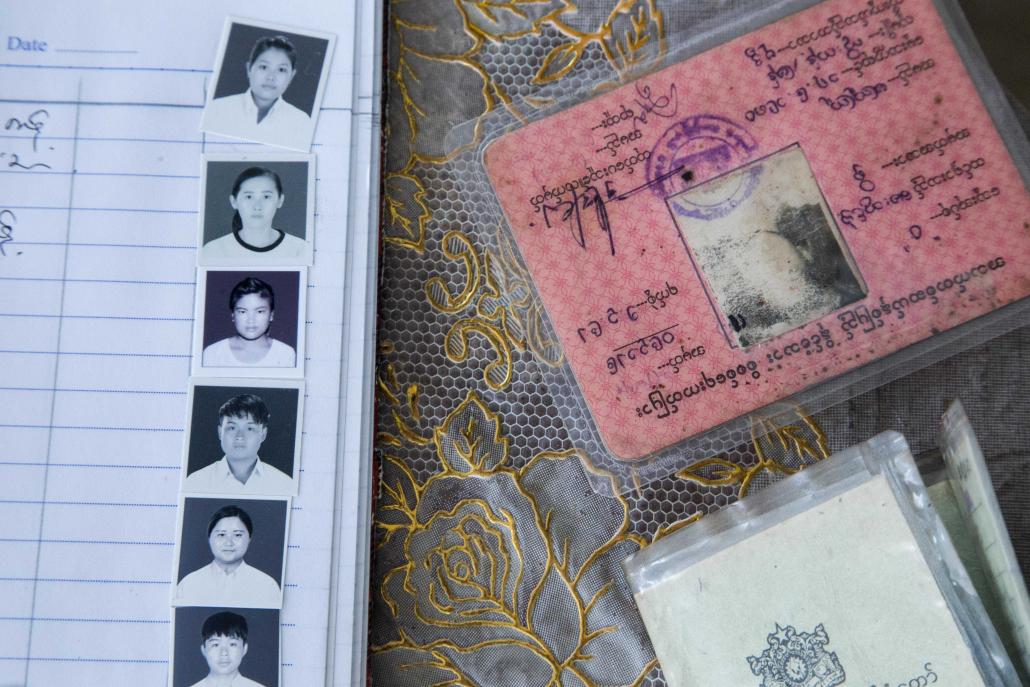 In The Kokang people of the Salween River, first published in 2008 and available in Burmese and Chinese, he writes that there are four types of Kokang. They are those who migrated to the Kokang region during the Taungoo Dynasty (1510-1752), Chinese who settled in Kokang before and after World War II, and their descendants.

Htun Naing said the KDUP was trying to speak to the government about the citizenship issue because the Kokang were included on the list of the country’s 135 officially recognised ethnic groups.

“We should not have to provide extra documents to prove our identity,” he said, but acknowledged the government’s security concerns.

“The government said it’s for security reasons because Myanmar is located between two of the world’s most populated countries and measures need to be put in place to prevent it from being overwhelmed by others,” he said.

The government’s list of official ethnicities categorises the Kokang as a Shan sub-group, even though they are ethnic Chinese.

“Kokang and Burmese Chinese belong to two different categories and should not be mixed when talking about citizenship,” said U Hein Khaing, a PhD candidate at Fudan University in Shanghai who is researching the Chinese in Myanmar.

“According to the law, the Kokang people are indigenous people of Myanmar and have the right to full citizenship; on the other hand, the Burmese Chinese are foreigners,” said Hein Khaing, who is a third-generation Myanmar Chinese and native of Lashio.

“The discussion about citizenship in Myanmar is often confused between who is or included as indigenous and the actual citizenship card,” he said. “The Chinese and the Rohingya are both not indigenous people according to the law, but that doesn’t mean they can not receive citizenship.”

“The Kokang became one of the 135 recognised ethnic groups in Myanmar for territorial reasons; throughout history Kokang [region] belonged to both China and Myanmar and by recognising them as an ethnic group, their territory officially also became part of Myanmar,” he told Frontier.

Hein Khaing said the 1982 Citizenship Law discriminates against some groups and the procedure to obtain citizenship was long and tedious. “But for the country, it is necessary. After all, the Kokang and the Chinese look the same and share the same culture. It’s difficult to tell them apart – and to prevent illegal migrants, the government must be strict,” he said.

Back at the KLCA’s office in Lashio, Kokang were busy with the citizenship application process. It includes having a KLCA volunteer verify an applicant’s list of family members.

The KLCA also helps those who have lost citizenship cards, or parents who want to apply for citizenship for their children. Kokang students going abroad to study also often seek help to change their temporary citizenship document (a white three-fold card) into full citizenship so they can apply for a passport.

“I lost my citizenship card last week while travelling,”said Ma Khine Win, 26, a Lashio-born Kokang, who was in a rush to get a document signed so she could reach the police station before noon. She said it would cost more than US$400 (about K543,000) to renew her citizenship card and the process would take about two weeks.

Mr Liu revealed that Chinese nationals and Thais who wanted Myanmar citizenship sometimes offered a bribe in return for a signature, but said he would never approve bogus applications.

However, he acknowledged that the volunteers sometimes make mistakes and sign verification documents for people who are not Kokang.

“We get warnings from the government, telling us to be more careful, but we are volunteers and there is no legal action they can take against us,” Liu said.

He then raised a smile and said, “But if one day the government decides to start paying us for the work we do, then that’s another game.”