FOR ALL the discussion about conflict in Rakhine State since 2012, the topic has rarely been broached in Myanmar’s national parliament.

In 2017, I co-authored a paper in the Journal of Contemporary Asia that examined the assembly’s response to communal conflict from 2011 to 2016, when it was controlled by the Union Solidarity and Development Party.

After reviewing parliamentary records, my co-author and I concluded that while several debates on communal conflict took place, the parliament was relatively ineffectual on the issue. Most lawmakers were reluctant to speak publicly about communal conflict; those who participated in discussions found that the speakers often limited their contribution.

This censoring of debate was not necessarily without justification; events in parliament could have exacerbated or even sparked violence. But the result was that lawmakers did little to move the country towards solutions to the Rakhine crisis or hold the executive to account for its actions.

Little has changed under the National League for Democracy – in fact, some say lawmakers have become less active on the issue, even as it has grown in importance.

Mr Renaud Egreteau, a political scientist who focuses much of his research on the hluttaw, said that since the Rakhine State crisis intensified in late 2016 with the first Arakan Rohingya Salvation Army attacks, the national parliament has been “conspicuously quiet”.

“Not only has the Rakhine opposition been in search of a leading voice in parliament but USDP backbenchers have also been far less active than they used to be,” he said. “Both new NLD speakers also tend to work to avoid verbal jousting and obviously dislike putting the government and State Counsellor’s Office in difficulty.”

The quiet also reflects the changing dynamics of the conflict. Since the ARSA attacks, most political forces have united behind the actions of the military and government in northern Rakhine State, and opposed international condemnation of the response.

This political consensus has given opposition parties, particularly the Arakan National Party and USDP, little scope to attack the government’s position.

State Counsellor Daw Aung San Suu Kyi has also recently urged lawmakers to be united and to cooperate with the government, saying it was essential “for our country to survive”. While she did not mention Rakhine explicitly during her speech, which was held to mark the second anniversary of the convening of parliament after the 2015 election, Aung San Suu Kyi was clearly referring to it when she said: “You all know that our country is facing many challenges. …  By being strong morally and being united, we can overcome any difficulty. We will build our physical strength gradually. As we become strong, we will not be bullied.”

Daw Khin Saw Wai (ANP, Rathedaung) said her party was not going to automatically fall in line behind the NLD and government. “There will only be a check and balance if there is an opposition,” she said. “The ANP’s policy is that we will cooperate when we agree [and] we will speak out and criticise when we do not.”

One recent debate highlighted some of the divisions that exist among lawmakers – and the restrictions the NLD places on debate. On February 20, the Pyithu Hluttaw discussed a proposal submitted by an ANP lawmaker that urged the government to lay down plans for “the perpetuation of sovereignty” in northern Rakhine State and the “everlasting security of local ethnic people”. The motion had been submitted in October, but only allowed for discussion four months later.

During the debate, ANP lawmakers criticised the Union Enterprise for Humanitarian Assistance, Resettlement and Development in Rakhine for failing to accommodate “national ethnics” suffering from shortages of food and medicine in the state’s north.

U Hla Tun Kyaw (ANP, Maungdaw), complained that the UEHRD was spending billions of kyats “helping people coming illegally from another country” – a reference to the repatriation program for nearly 700,000 Rohingya refugees who fled the area for Bangladesh since last August – without addressing the crisis facing “local national ethnics”, in reference to the ethnic communities officially recognised by the government.

Egreteau said it was positive that some discussion about Rakhine State was taking place but lawmakers could be doing much more to respond to the crisis, particularly in terms of examining allegations of abuses by security forces in Rakhine State since August 2017. They could do this, he suggested, by citing the need to examine how public funds – that is, the budget allocation of the Ministry of Defence – has been spent in responding to the crisis.

“Launching a parliamentary investigation commission comprised solely of lawmakers to scrutinise the conduct of security forces and the use of public funds in security clearance operations would be a workable step forward,” he said.

Perspectives on the Rakhine debate

U Soe Win, NLD, Amyotha Hluttaw, Rakhine-12: Proposals that are within the rules and regulations have been allowed to get submitted. It is not like that more questions could be asked due to the case of Dr. Aye Maung. MPs of ANP party also did not ask questions about that. Since former time, not only about Maungdaw crisis, ANP MPs have asked about electricity, road, schools, hospitals, etc. I see it in normal way.

U Kyaw Than, USDP, Amyotha Hluttaw, Kayah-8: Questions were submitted while [the conflict] was happening but we were only allowed to speak out once things have calmed down. It looks like there was some discussion and negotiation. They [the NLD] seem to want to maintain control while there was unrest and the government was in a difficult situation. We were not allowed to talk while everyone was excited. Now that the government is doing its job, we are allowed to talk.

Daw Khin Saw Wai, ANP, Pyithu Hluttaw, Rathedaung, Rakhine State: Formerly, urgent proposals were not allowed or we were asked to change them to regular proposals. We are now allowed to talk so that the whole country can know the opinion of the parties, the Tatmadaw and the government. We can see that the government is doing a good job but they are not allowing lawmakers and local people to cooperate and take part. [Because of the discussion] the public now has the chance to know this fact. 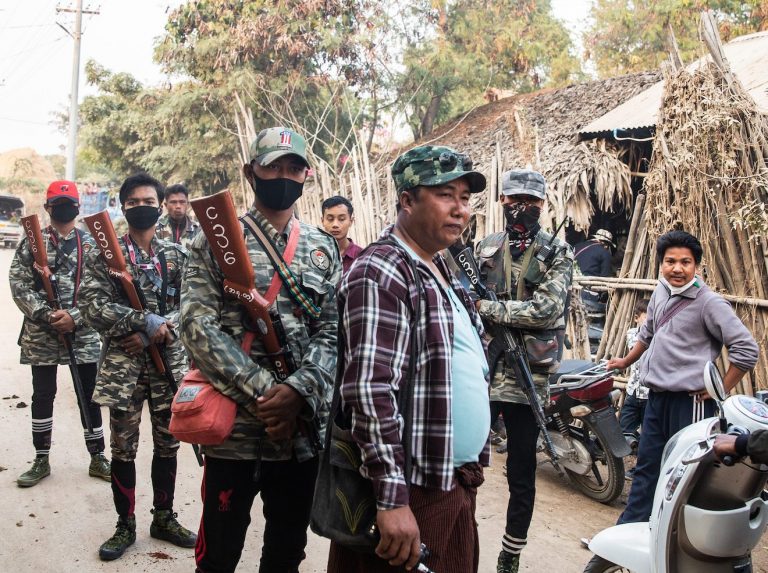