Hkyet Hting Nan: ‘One day we will have a Kachin president’

U Hkyet Hting Nan is an Amyotha Hluttaw MP and chairman of the Unity and Democracy Party of Kachin State. He spoke to Frontier about his hopes for autonomy in Kachin State and for a federal Myanmar.

What are the most important issues in Kachin State?

We need a new Panglong Agreement. The President himself has said that the country needs to enact the Panglong promise and the Panglong spirit, because the original agreement was for self-determination, ethnic rights, citizen rights and democratic rights.

You do not have those rights in the Union today?

No. Look at the Union level; there are no Kachin at the union level and no Kachin officers in the Myanmar Army. I work closely with all parties for these equal rights. I have no discrimination for the nationality or the party. Some people like the USDP (Union Solidarity and Development Party) and some do not. Some people like the NLD (National League for Democracy) and some do not. No party is perfect, even our party is not perfect, but the most important thing is who is closest to the people.

What is needed to achieve peace and a federal system?

We need a ceasefire agreement and we have signed the National Ceasefire Agreement (NCA) draft, but it is only the draft.

I think it is a real agreement, but it is only a draft and they have not implemented it.

It is important for our country to achieve federalism. Otherwise we will face so many problems in the future. You have 21 ethnic armed groups in our country. If they are united and fight our government, it will create a big problem.

As the election approaches, many people are talking about amending the Constitution, particularly articles 436 and 59(f). Are they important to the Kachin people?

Kachin people are not interested in 59(f). But I believe that one day we will have a Kachin president.

Myanmar is predominantly Buddhist but many Kachin are Christians. Is that an issue?

Yes, this is one of the challenges facing Kachin people. You can still see discrimination [against Kachin] at the union level and in the army. There are no Kachin at this level. So why become a democratic country? One thing for a democratic country is not to discriminate against other minorities and other religions.

If discrimination continues in our country, then our country will not become democratic. It cannot develop its education and its economy. The government, the army, the USDP and all of the political parties understand this. 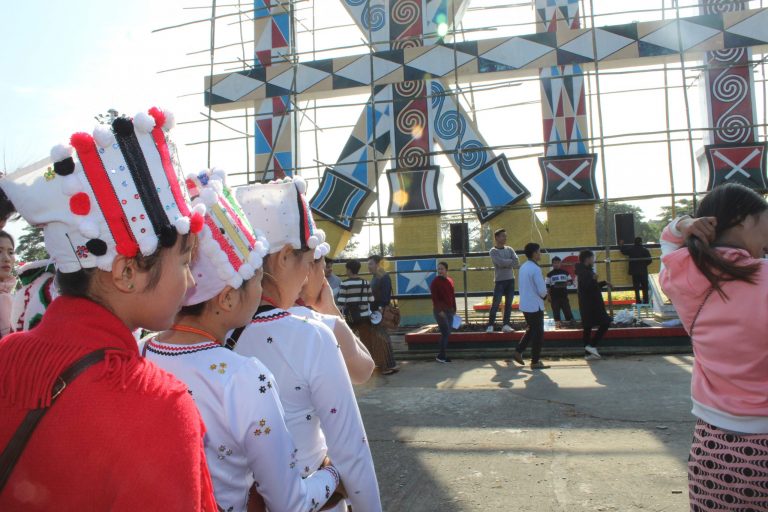 Divide and rule is an old Tatmadaw tactic and in Kachin State it is enabling local elites to take advantage of grievances to foster distrust and increase their influence.
BY Frontier