I had heard rumours about Yangon’s casinos, rare hives of vice and villainy in the busy heart of Myanmar, where cronies gathered to cut shady deals and the only women were of questionable repute.

It sounded like just the thing after six months in a city that goes to sleep at 11pm, so I called the most reckless people I know, our photographer Ann and my Myanmar friend Haemaer, to try our luck in the underworld.

The casino that Haemar had heard about operated above a large kid’s video arcade, but at 9pm on a Monday the only soul in it was a sad-faced boy going around on a clown-themed train ride, parents presumably investing his college fund upstairs

When your first impression of a place reminds you of an Alfred Hitchcock movie, it probably isn’t an indicator of fun times ahead.

Sure enough, the casino itself was all grubby linoleum and fluorescent lights. A dozen or so bored-looking men bought buckets of silver coins from the arcade prize counter, packed with teddy bears and Sponge Bob dolls. There were no blinking lights nor peppy music, save from one machine that played a synthesised little tune over and over like a bluebird in a graveyard. The rest of the games, mostly slots, video poker and virtual roulette, had a signs reminding players that they are indeed not for gambling, but for fun.

Yet the patrons did not seem particularly fun-loving, unless barking at an employer to bring another Red Bull is a form of laughter.* I had hoped Haemar would ask them about their tricks and strategies, but she was worried questions would draw suspicion, especially with Ann unabashedly snapping photos.** They weren’t the talkative types, anyway.

This was not how it was supposed to be. Where were the cronies? Where were the women of ill-repute? This was supposed to be Yangon, baby! Where a fortune’s won and lost on every deal and all you need’s a strong heart and a nerve of steel, in the words of Elvis Presley. Get rich or beat up, it didn’t matter. If we weren’t going to find some excitement, we’d make it ourselves. I gave everyone in the group K1,000 worth of tokens and told them we weren’t leaving until each of us had doubled our money or gone bust.

Ann did slots, I did roulette, and we lost our tokens so fast we wondered if we had even played at all. Haemar, however, won a few coins at a slot machine, then a few more, pulling the crank with a little more urgency each time the tokens rattled into the metal tray. The place was already starting to empty, someone was mopping and turning off lights, but Haemar’s machine was an island of glee. She finally hauled off her winnings when the staff started to migrate over and give her suspicious glares.

Unfortunately, the arcade didn’t give us our money, just a paper receipt for the tokens. Supposedly, there were private coin brokers who bought tokens for a commission, but they were known to regular gamers well versed in smoky etiquette, Haemar explained.

“Then what do we do with all these coins?” I asked.

Ok, new strategy. I had attempted local knowledge and cultural sensitivity, but being an ignorant white guy is what I do best. I walked over to the desk, showed the staff my winnings, and just stood there, answering everything they said with a grin and a nod.

Eventually they took me to one of the coin brokers lurking about. This threw him off. Not only had the staff broken an unspoken agreement by acknowledging his presence, but had brought a grinning Viking with them.

In the end, we just about broke even, though I almost wish we had lost big. But I guess I shouldn’t be disappointed Yangon isn’t more licentious. And anyway, I was ready to go to bed. It was almost 11, after all.

*I haven’t been in Myanmar that long, so who knows.
**Ann, a small Taiwanese woman, was born without a sense of shame. She takes more than half of Frontier’s photos. 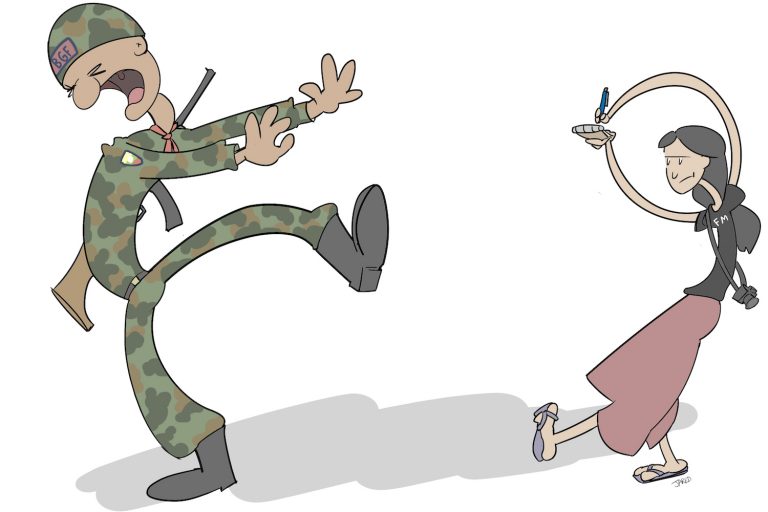 Frontier’s Naw Betty Han reflects on a rare victory for media and civil society, and the part played by her own harrowing ordeal at the hands of a powerful armed group in Kayin State.
BY Naw Betty Han 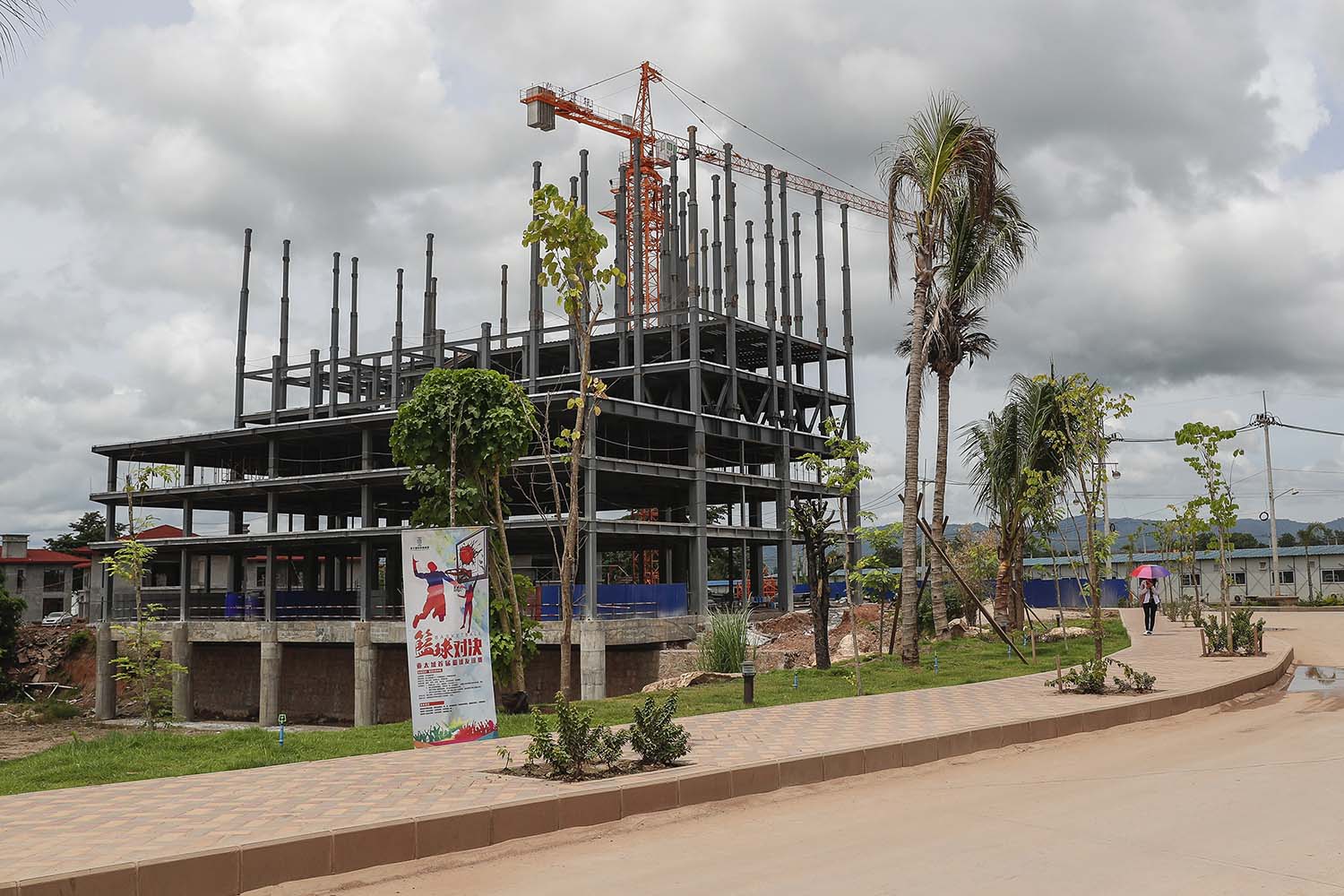 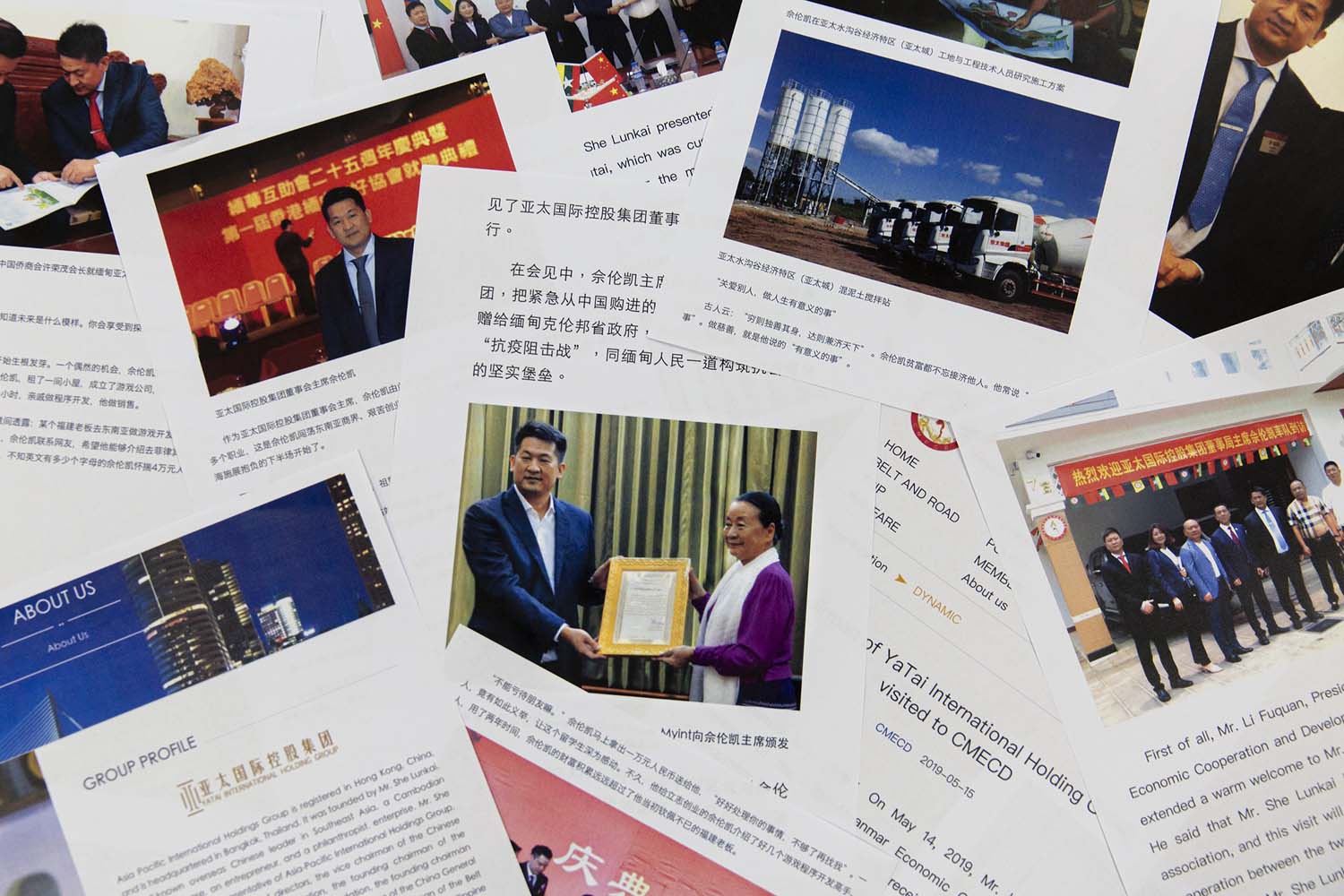