Yangon and Hong Kong have taken different approaches to preserving heritage architecture but experts in both cities agree that conservation and development need not be mutually exclusive.

A RICH architectural legacy of British rule in Myanmar is the many European-designed buildings from the colonial era that grace downtown Yangon.

It’s a different story in Hong Kong, a former British colony handed back to China in 1997.

Many heritage buildings in Hong Kong have been demolished to make way for big redevelopment projects in the city, where land prices are among the highest in the world.

Hong Kong’s Antiques and Monuments Office, under the Leisure and Cultural Services Department, is responsible for the conservation of historical buildings.

The 1,444 historical buildings in Hong Kong registered by the office are divided into four grades, with only the most valuable, classified as declared monuments, receiving government funding for conservation. Below that, buildings are graded as I, II or III. 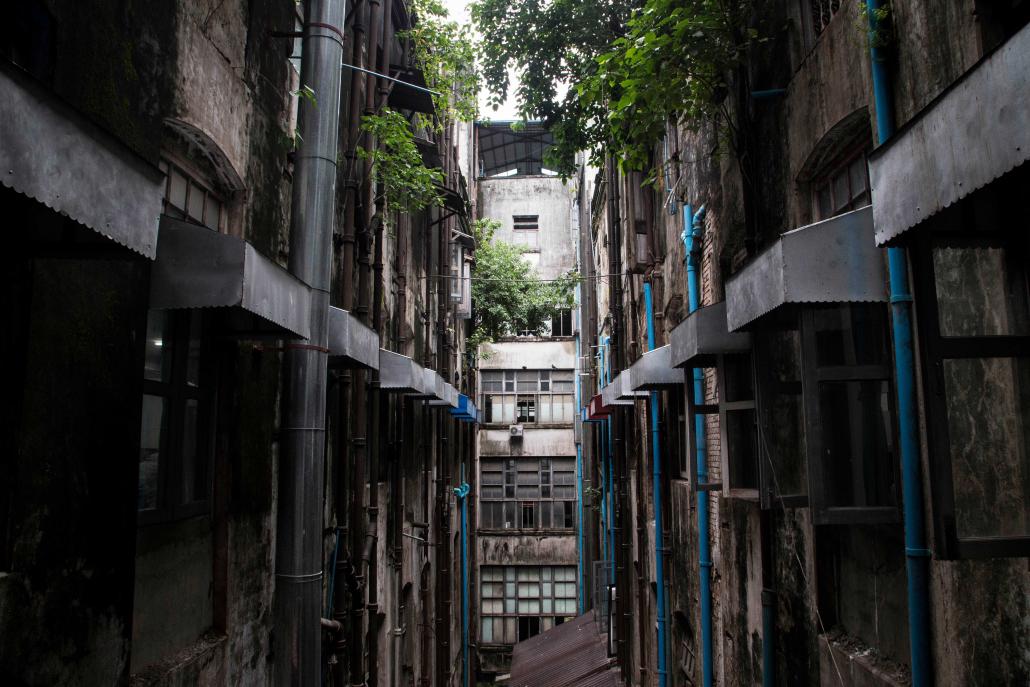 Official attempts to protect the city’s heritage are often ineffective, according to conservationists.

“The current grading system is top-down and lacks transparency,” said Mr Hedy Wong, the communications manager of the non-profit Conservancy Association Centre for Heritage (CACHe), which promotes cultural and heritage conservation in Hong Kong. “Even when the historic buildings are graded, they are not protected by law at all.”

More recently, the Hong Kong government has adopted a scheme to revitalise historic buildings through partnerships with the private sector. Among them is a former police station, a Grade II historic building, in Tai O village on Lamma Island.

The scheme enabled the police station to be transformed into a boutique hotel that has become a village landmark and organises activities to foster residents’ interest in the community’s history.  The project won an award of merit at UNESCO’s Asia-Pacific Cultural Heritage Awards in 2013.

A 1920s four-storey balcony-type tenement building at Wan Chai on Hong Kong Island known because of its vivid colour as the Blue House, as well as two nearby apartment blocks, have also benefitted from the revitalising scheme. 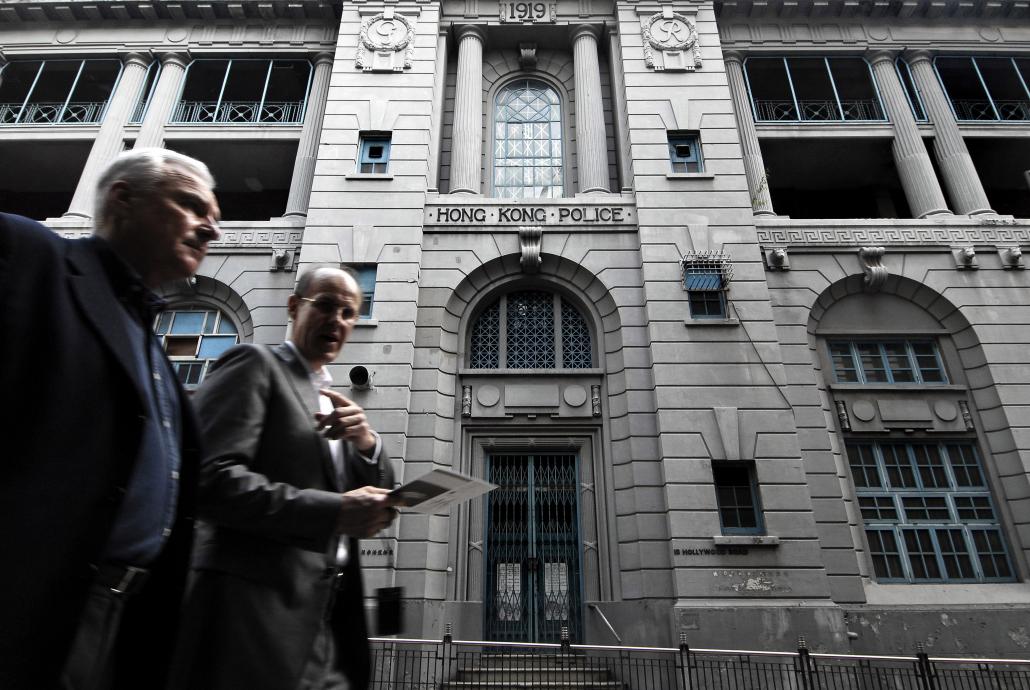 The Blue House is listed as a Grade I historic building. Wong from CACHe said it was a better example of heritage conservation in Hong Kong because its residents were allowed to continue living on site, the first time that had happened in a conservation project in the Special Administrative Region. The buildings’ facilities were upgraded and the project had also helped to retain the neighbourhood’s community network, he said.

Wong said the revitalising scheme was a positive move but whether it was effective at architectural heritage conservation depended on a building’s operational sustainability.

The scheme has seen the buildings converted into a mix of residential and commercial use.  The Hong Kong House of Stories museum that opened on the ground floor of the Blue House in 2007 promotes cultural preservation in the community by organising exhibitions, workshops and guided tours.

But the police station at Tai O and the Blue House are among the few successful conservation projects in Hong Kong, according to local experts. Lee Tung Street, in the same district as the Blue House, was popularly known as “Wedding Card Street” because making the invitations was a specialty of its many printing shops. The street was demolished in 2007 and replaced by a luxury housing and shopping centre called Lee Tung Avenue. The tenants are mostly high-end chain stores – there are no longer any shops printing wedding invitations. 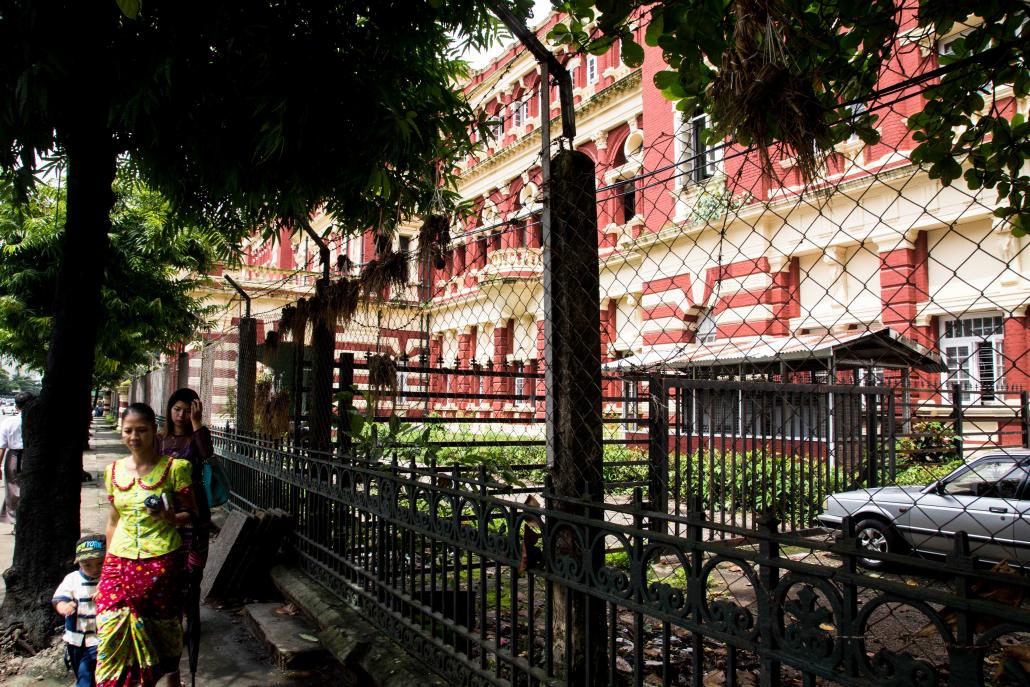 “The original landscape, community network and the customs of the [printing] industry were destroyed completely,” said Wong, who added that the experience of the past 10 years showed that there was not a good balance between conservation and development in Hong Kong.

So what can Yangon learn from Hong Kong?

“It is essential to encourage more awareness and concern from the public and get rid of the notion that ‘decisions should be made by the experts’,” Wong said. “Intangible cultural heritage should also be preserved at the same time … Any heritage revitalisation with no human being involved or its history not being valued would just be empty.”

One of the reasons why Yangon has so many architectural treasures is because it was one of the region’s most prosperous and best-developed cities during the colonial era. Economic mismanagement under decades of military rule then condemned the country to poverty, but in the process preserved many of its historic buildings.

In 2001, Yangon City Development Committee published a list of about 190 heritage buildings that included the Shwedagon Pagoda and other Buddhist sites, as well as many of the government offices, churches, schools and other structures erected during the colonial period.

Some of the best-known examples of architecture from the colonial era include the Secretariat building, Strand Hotel, Yangon City Hall and the High Court, all within walking distance of each other in the downtown area. 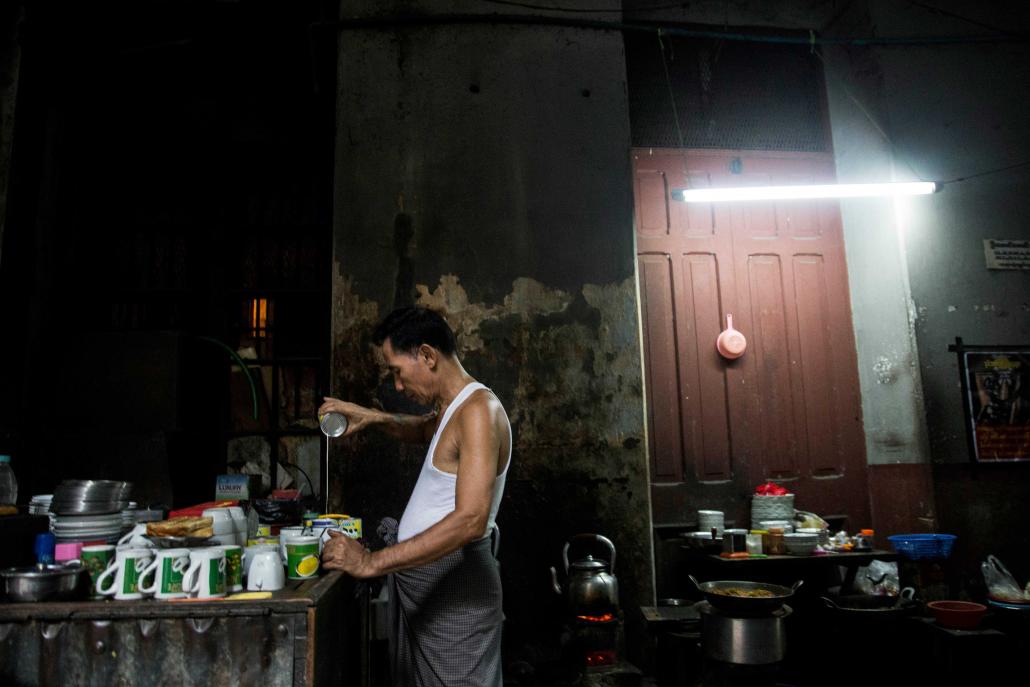 “Having them concentrated in one area is a rare treasure compared to other cities,” said Daw Moe Moe Lwin, the director of the Yangon Heritage Trust, which was founded in 2012 and has been a driving force in efforts to conserve the city’s historic buildings.

As well as working closely with the YCDC on policy development and renovation work, the trust is also involved in advocacy and outreach projects to create public awareness about the importance of heritage conservation.

Yangon Heritage Trust and NGO Turquoise Mountain Myanmar worked together to restore to international conservation standards a building at 491-501 Merchant Street. The original tenants remained in the building after the renovations were complete.

“It is a demonstration project to show people what a physical conservation project looks like,” said Mr Harry Wardill, the director of Turquoise Mountain Myanmar.

About 250 people were trained in refurbishment skills at workshops and on site for the project, which received funding from the Canadian government. A Chicago-based philanthropic organisation, the Alphawood Foundation, also provided support through the Global Heritage Fund, a non-profit based in San Francisco. 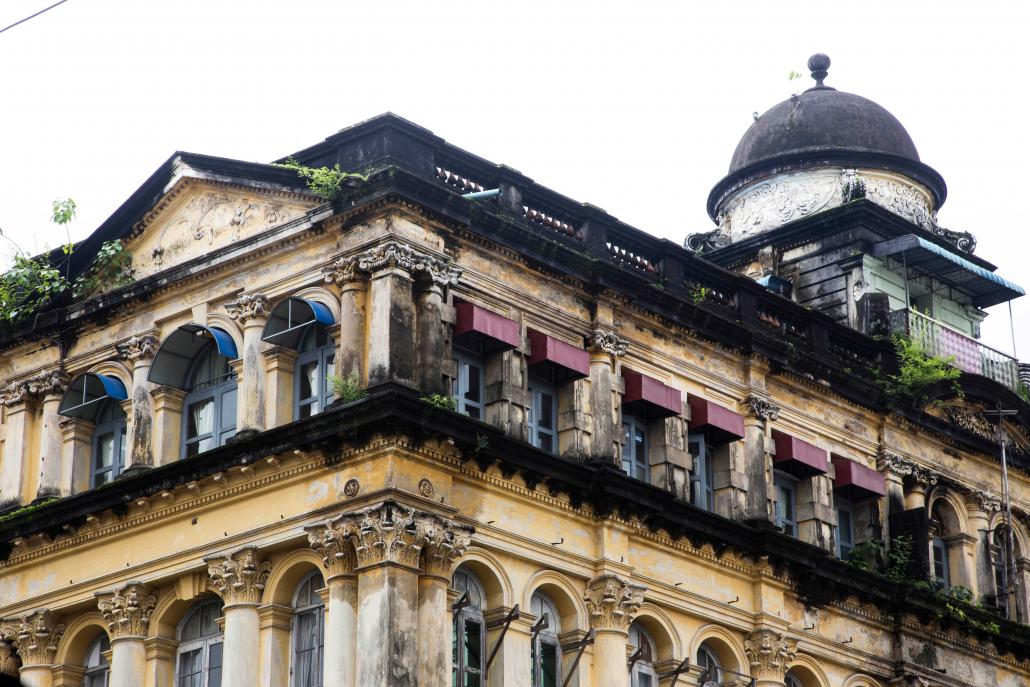 An objective of the project is to demonstrate that development and conservation are not mutually exclusive.

“There is no point [renovating] a building that is sitting empty and being underused; they have got to be really functioning,” said Wardill.

CACHe’s Wong is adamant that there can be a balance between conservation and development.

“If the meaning of ‘development’ is to release the potential of a city and improve the lives of the people, then heritage conservation is actually pointing to the same goal,” he said.