A dedicated team of mobile healthcare workers in Kayah State has been hitting the road to provide treatment to people in IDP camps, some of which are in remote jungle areas.

One Saturday in October last year, a mobile medical team drove down the dusty roads of Kayah State, arriving at a camp for internally displaced people on the western side of Demoso township.

The medical team was made up of doctors and Karenni nurses who were working for the health ministry before the coup. They all left their jobs in protest and joined the Civil Disobedience Movement. They were on their first mobile healthcare mission.

Word about the team’s arrival spread among the camp’s 150 residents and a crowd soon gathered at the tent, which was prepared to serve as a treatment room and dispensary.

At about 9:30am, the team began seeing patients.

“It’s convenient for people in the IDP camp that we go to them to provide healthcare,” said Daw Nilar Myint*, a nurse with the team. She previously worked at a government hospital in Kayah State under the health ministry’s Department of Medical Services, but quit after the coup.

“We see the smiles on their faces because we have travelled to their camps, which are difficult to reach. It means that they rely on our team very much,” Nilar Myint told Frontier on August 24.

Since that day, the Loyalty Mobile Team for Karenni, as the group is known, has been busy providing healthcare for Karenni people in IDP camps and other informal dwellings throughout Kayah State. The state has seen heavy fighting and brutal attacks by junta forces on civilian targets which have displaced tens of thousands of people.

There are many voluntary social groups helping the displaced in Kayah, but the Loyalty Mobile Team for Karenni believes it is unique because it provides health services at the camps on a regular schedule, regardless of what is happening.

“The displaced families at the IDP camps know what days we will come, and because we have shown that we will come to them regularly, they trust us. When we arrive at the camps we find them waiting for us,” said the mobile team’s leader, Ko Thitsar*, a young doctor who was waiting for his medical degree to be conferred in Yangon when the military staged the coup.

The mobile team and the beneficiaries of its care

Working alongside Thitsar, the Loyalty Mobile Team for Karenni includes four Karenni nurses formerly from the Department of Medical Services in the state capital, Loikaw, and a Karenni midwife. Dr Min Thein*, an assistant surgeon from Loikaw General Hospital, joined the team in February, a year after he resigned from his position to join the CDM on the day after the coup.

“The purpose of our team is to provide basic healthcare to IDP camps and displaced ethnic people in Karenni State,” Thitsar said. The group is also advised by senior CDM doctors, and transfers patients from IDP camps to CDM-run hospitals in the region when needed.

Since the coup, the military has carried out 158 airstrikes in Kayah State as of September 1, according to the Progressive Karenni People’s Force. The group also said that 1,180 homes and 25 religious buildings were destroyed by the military.

Nearly 75,000 people are estimated to be currently displaced in Kayah State, according to August figures from the United Nations Office for the Coordination of Humanitarian Affairs. The Institute for Strategy and Policy – Myanmar estimates that almost 200,000 people are displaced throughout the broader eastern border region including Kayah as well as Pekon Township and other adjoining parts of southern Shan State.

Some IDPs have been living in camps for over a year, and some camps have had to relocate entirely due to airstrikes by the military.

The mobile team provides healthcare to around 30,000 residents of 26 IDP camps on the western side of Demoso Township and another four camps along the border of Hpruso and Bawlakhe townships.

Mobile team members told Frontier that many children and elderly residents of the IDP camps, which are often in remote jungle areas, show symptoms of malnutrition. They said children in the refugee camps often suffer from skin diseases such as scabies because of a lack of access to clean water, and that diarrhoea is also common in the camps. Other common ailments are seasonal influenza, malaria and non-communicable health issues such as diabetes, high blood pressure, heart problems and strokes.

Elderly IDPs lack medicine for high blood pressure, diabetes and heart problems, and there are also shortages of painkillers, saline water and medicine to treat fevers.

Shipments of medicine to Kayah State have been restricted by the junta, according to a spokesperson for the Karenni Human Rights Group who spoke with RFA Burmese in August. The limited access to medicines has had healthcare implications for everyone in the state, including those in IDP camps.

As soon as the mobile team arrives at an IDP camp, it treats children suffering from fevers and coughs, and distributes medicines from donors to patients with chronic diseases.

Team members spoke of their sadness at witnessing the hardship and suffering of IDPs, including families surviving on one meal a day and camp residents having to rely on contaminated pools of rainwater for their water supply.

“As well as providing medical care, we also want to help them get the food they need,” Thitsar said, adding, “medicines and basic foods are urgently needed in most IDP camps.”

The mobile team says it will only be able to expand its service to include newly-opened IDP camps in other townships if it can attract more funding from donors.

UNOCHA said in a statement on August 3 that it was facing difficulties providing food and medicine to victims of conflict in Myanmar because of restrictions imposed by the military.

Travel restrictions have also made it more difficult for charity and voluntary groups to provide healthcare. Restrictions on movement also affect the livelihoods of people living in rural areas. High fuel prices are another barrier to travel in many parts of the country.

Min Thein, the former assistant surgeon, said the group had not yet encountered regime forces on its missions. “So far, we have been lucky. Most of the IDP camps are far from war-torn areas,” he said.

The mobile team rents a four-wheel drive vehicle for its missions, which include a schedule of visits every week, fortnight or once every three weeks depending on the location.

One of the biggest challenges is road conditions. “Some of the dirt roads leading to IDP camps were damaged by rain and sometimes we get bogged and have to ask locals to help pull us out,” Min Thein said. “Because we do this regularly, we don’t think it’s too difficult anymore. If a camp can’t be reached by vehicle, we go on foot,” he said.

The biggest problem confronting the team is a decline in the number of financial donors and donations over the past five months, a situation that has forced it to go into debt and start buying medicine on credit.

“We need more donors and financial support. In the past we could provide paracetamol syrup to every sick child in the camps, but now we can’t. We also need medicine for chronic diseases,” Min Thein said.

As a solution to the shortage of paracetamol syrup, team members crush paracetamol tablets and mix them with water to treat children who are ill.

‘We will continue to work until there is nothing left’

“People are more willing to donate to those fighting the junta than for healthcare,” he said. “They know the cost of providing healthcare. But it seems that people think that donating money for weapons will ensure success in the uprising.”

The members of the mobile health team are resolute about continuing to provide health services for IDP camp residents in Kayah State until the revolution is successful.

A constant source of motivation and inspiration for the team’s members is the trust and confidence shown in them by IDP camp residents because of the care they are providing.

The largest cloud over the future of the mobile team’s work is adequate donor support.

“Frankly, the healthcare service our team provides may stop if we do not get enough money from donors to fund our work,” Thitsar said.

“We will continue to do the best we can,” said Min Thein. “Even if there is only one paracetamol left, we will get it to a refugee who needs it. We will continue our work until there is nothing left.” 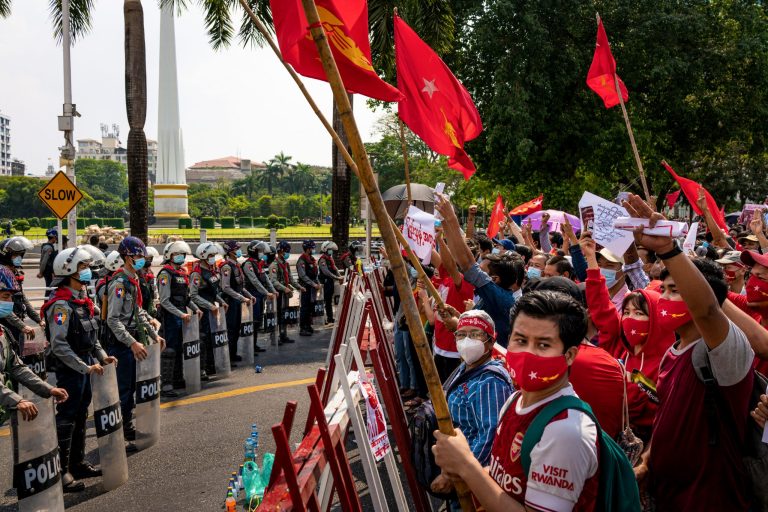 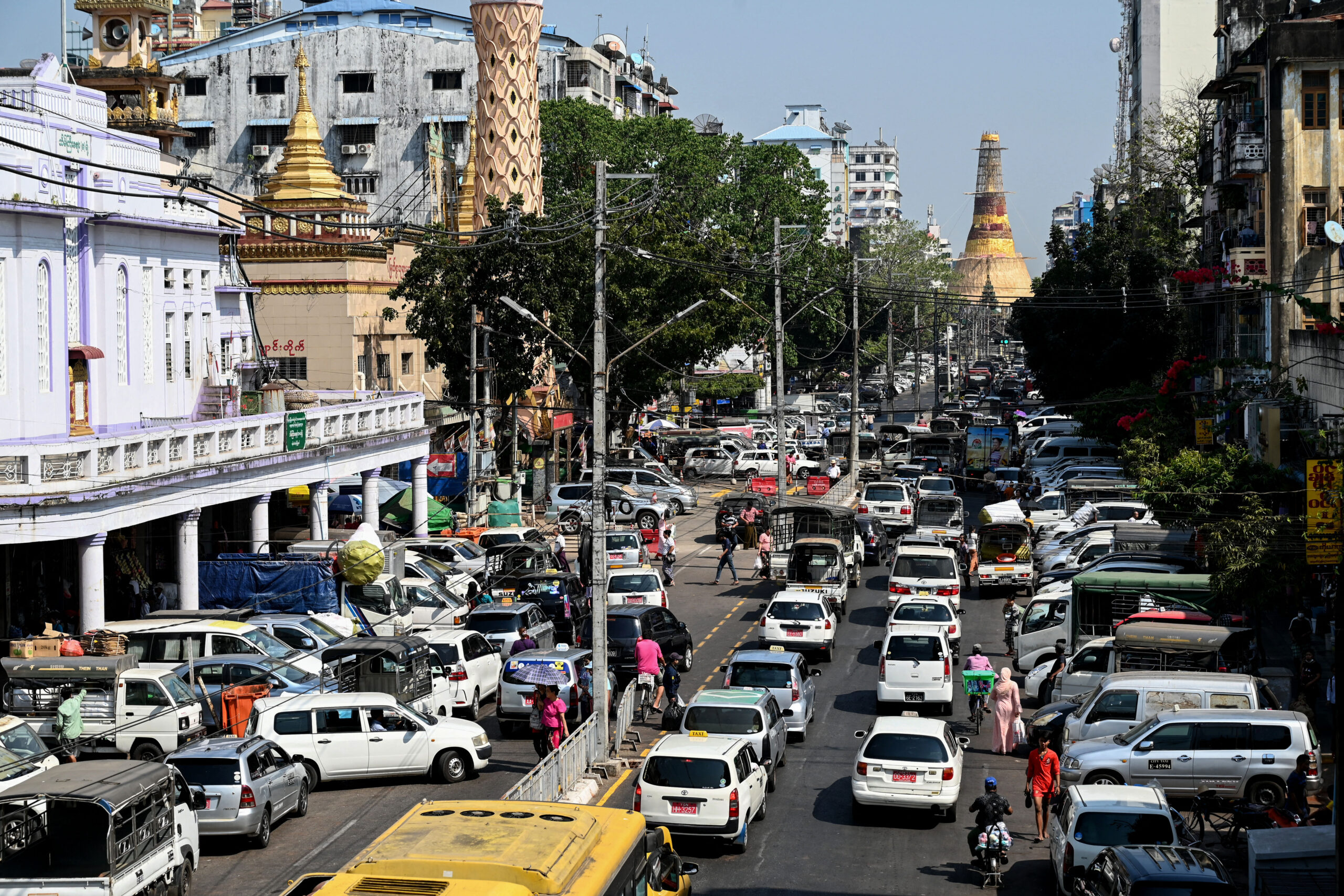