General Gun Maw: ‘If the military changes its behaviour, we will change our policy right away’

In recent months the KIO’s armed wing, the Kachin Independence Army, has come under sustained attack by the Tatmadaw, resulting in the loss of several key mountain posts and bases. These offensives have put IDPs in the firing line, prompted the Northern Alliance counter-offensive in northern Shan State in late November and jeopardised progress at next month’s planned 21st Century Panglong – Union Peace Conference.

Senior KIO official General Sumlut Gun Maw spoke recently to Frontier’s Steve Tickner about these issues from the group’s Laiza headquarters on the border with China.

How significant for the KIA was the fall of the Gidon and Lai Hpawng outposts?

In terms of the military situation, the Tatmadaw can do a lot of harm to us from these strategic positions. However, on the positive side, although we lost those outposts we gained more sympathy from the public and more unity among the Kachin people.

In conducting this kind of intensive offensive against Gidon and Lai Hpawng over four months, it became obvious to the broader public of Myanmar what [the Tatmadaw’s] intention is and what they really want.

You will have seen the outposts of Gidon and Lai Hpawng in photos and videos. These outposts could only accommodate about 30 KIA soldiers each, yet the Tatmadaw took four months and a lot of troops, ammunition, airstrikes and whatever else to gain control.

Now the Myanmar and Kachin public can evaluate how good the Tatmadaw are at fighting. Just to capture these small positions took them four months, wasting lots of ammunition and expending much of their strength. 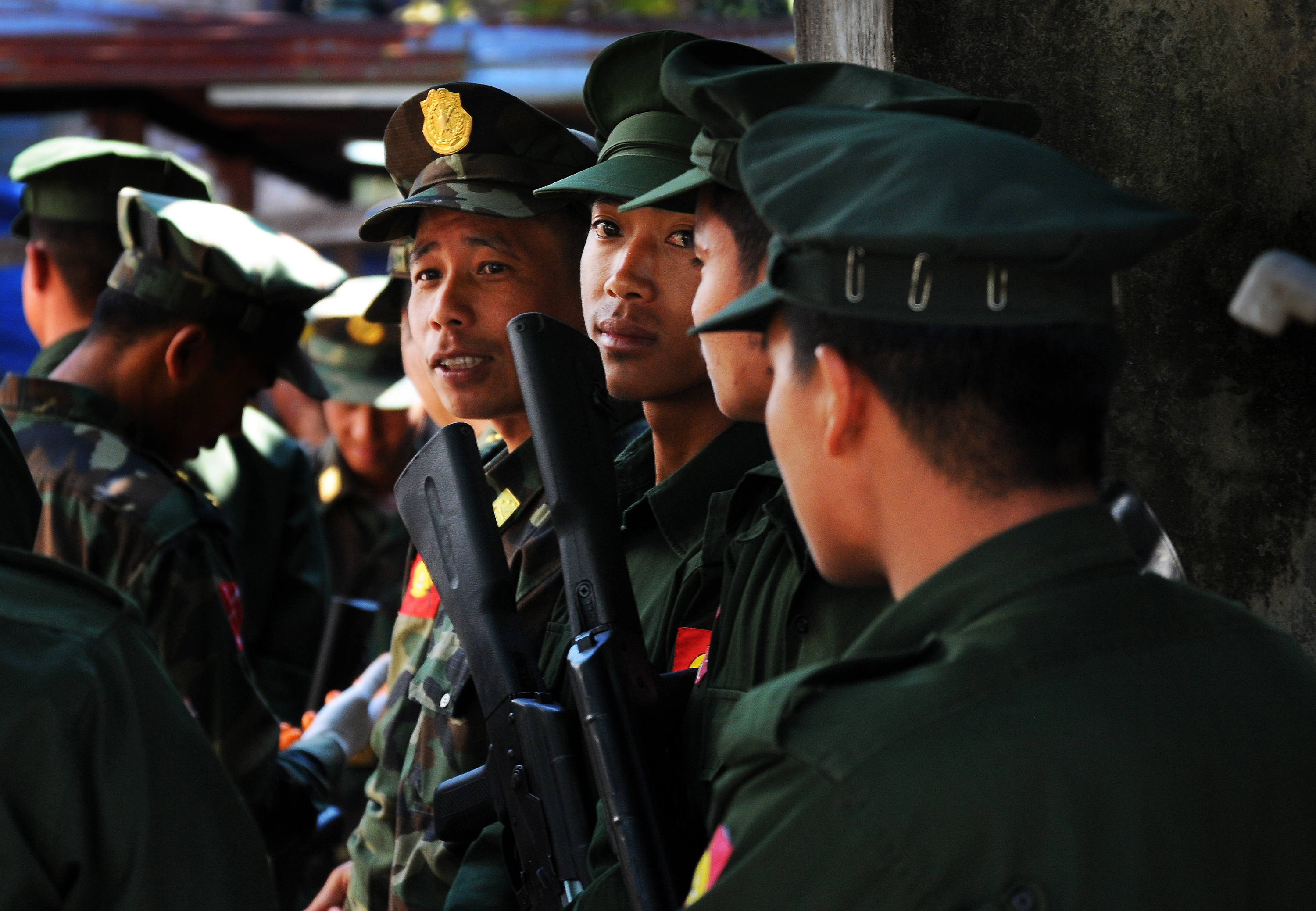 Politically from our point of view it is difficult to say that it was beneficial for us. But for the Burma army, the Burmese public becomes suspicious of the skills of their own military, the Tatmadaw, so that’s the downside for them.

But we will never forget that they used excessive force to fight us in a very unbalanced offensive and with no comment from the international community. This will all be recorded, so as not to be forgotten in our history.

There are rumours of foreign fighters being involved in recent offensives. If this is correct, what is their role?

Our assumption is that they were brought to Burma not to directly fight in the front line. They may have been brought to Myanmar to help modernise [the Tatmadaw’s] techniques and they may have some sort of agreement to help with munitions and other aspects.

Are you anticipating further offensives over the coming months, during the remainder of the dry season?

We are still evaluating how the New Year will evolve.

The reason I am saying that we are still evaluating is that we know [Senior General] Min Aung Hlaing requested to Daw Aung San Suu Kyi to ask neighbouring countries to pressure the KIO. [He said] that if she can ask for help from neighbouring countries then [Sr-Gen] Min Aung Hlaing is planning to get rid of us entirely within three years. According to the information we receive, this is his long term strategy. 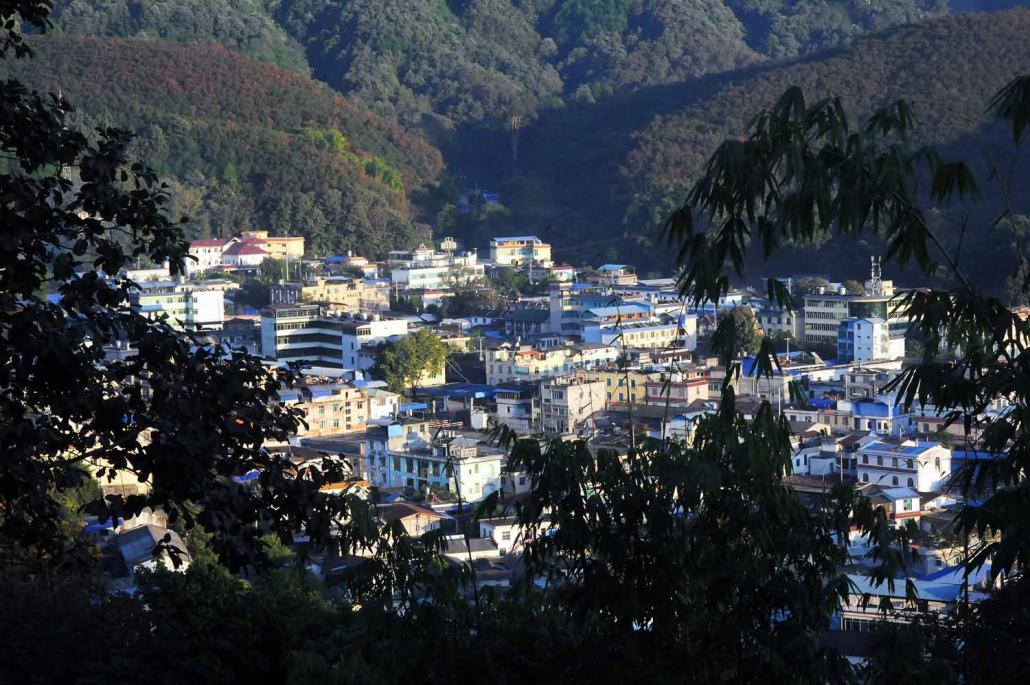 I have sent a letter to the leader of the Delegation for Political Negotiation [the United Nationalities Federal Council negotiating team] regarding the Gidon situation, along with the Chinese special envoy, the United Nations and the United States as well.

How do you feel about Sr-Gen Min Aung Hlaing’s move to list the Northern Alliance as a terrorist organisation?

I would like to [clarify] the term ‘Northern Alliance’ that they use. First, in Burmese we call it ‘Northern Alliance Burma’. In this alliance there are three groups: the Ta’ang Natioanl Liberation Army, the Kokang [Myanmar National Democratic Alliance Army] and Arakan Army, plus two KIA brigades [four and six].

Is there any possibility that the KIO will attend the 21st Century Panglong – Union Peace Conference in February? What would need to happen for you to attend?

The situation is still ambiguous for us, so we are waiting to see. I would like to explain to you our opinion on the upcoming 21st Century Panglong Conference.

That’s why in our very first meeting with Dr Tin Myo Win, who is the head of the peace team of the Burmese government, I told him that I didn’t really understand what the real intention of this [21st Century Panglong – Union Peace Conference] was.

Although we didn’t know the exact intention and meaning of the conference, we decided to attend. I told Tin Myo Win that there were two reasons why we would attend. The first is that we really want to have a genuine political dialogue in the future. The second reason we gave to the government was that the KIO is attending the conference to honour and respect the new government.

These same two reasons applied for all the UNFC members attending the conference.

Although it was called the 21st Century Panglong Conference, it was not held as a real conference. It was more like a big meeting just to share ideas. Nobody was named as delegates. Those who attended the meeting were only called meeting participants.

All of the meeting participants … just presented their own ideas there. No positions or agreements came out for each individual organisation; it was all just mentioned to have as a record.

If the second 21st Century Panglong Conference is the same as before, the UNFC and KIO will not attend. We explained our ideas about the conference to Dr Tin Myo Win and [other government representatives] during a trip to South Africa [we made] as delegates of the DPN from October 2-9, 2016.

This was a meeting convened by intermediaries. What we were saying firstly was that if it is to be called a conference then the structure should be clearly explained in the protocols. 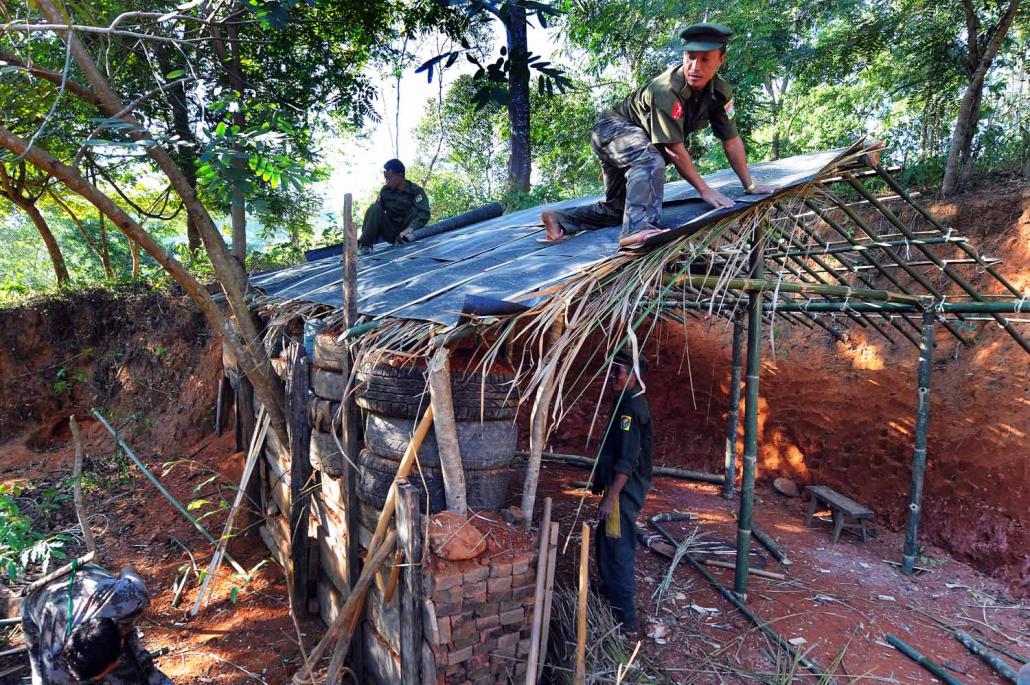 The second point was that the delegates appointed or elected by each individual organisation should be real delegates, and only ethnic people who truly represent their own group should attend.

If we get the green light on what we want, as I just mentioned, then we will attend the conference. If not, we won’t.

To achieve such a consultative process with the Kachin people, wouldn’t you first need a ceasefire in place? How could this process take place while hostilities continue?

That’s why we told them during the South Africa trip – and it’s what we’ve always told the government ­– that if we get what we have proposed, such as sending real Kachin delegates [to the 21st Century Panglong Conference] then we will sign the ceasefire agreement.

But instead of giving us answers or replies on these issues they are using military force, extensive offensives, and pressure is being applied.

What about since NLD came into government? Are there any major differences toward the peace process compared to the U Thein Sein era?

They [the NLD] have the willingness to change the policy toward ethnic people in Burma, but they don’t have the capacity to [do so].

To what degree is the 2008 Constitution an obstacle?

It is the main thing. That’s why we have clearly announced to the public that we don’t accept it at all.

What the UNFC and KIO have been striving for is to lead with equality under a federal-based system.

What concerns do you have for the immediate situation around Laiza?

We are still evaluating the military situation and the nature of the Tatmadaw’s movements and we are also preparing what resources we have. There are only two reasons why we are tolerating the situation to this extent. The first is we don’t want to disturb or harm the peace process that has been going on with the Burmese government and the second is that we are the leaders of the UNFC.

As we mentioned before, in this New Year period if the nature of the military’s behaviour toward us changes then will change our policy right away.

Do you believe that there is a certain amount of ego and pride involved in terms of the Tatmdaw having fought against KIA for so many decades without a decisive win? Is that one reason they may desire a military solution as opposed to the signing of a peace agreement?

The Tatmadaw just want to take Kachin land away from us for sure. There are also some Burmese politicians who have the mindset of winning militarily. For outsiders it is quite hard to understand the situation of Burma and the history. Like the Middle East issue, this is a complex situation.

In the weeks before the November 2015 general election Aung San Suu Kyi spent four days in Kachin State, where she was warmly welcomed and supported by many people. At that time she spoke often of how a vote for NLD would translate into an improvement in their lives. How do you think the Kachin people feel at present about the NLD-led government and Daw Suu?